Women’s Amgen Tour of California: “Providing a Powerful International Platform for the Women” 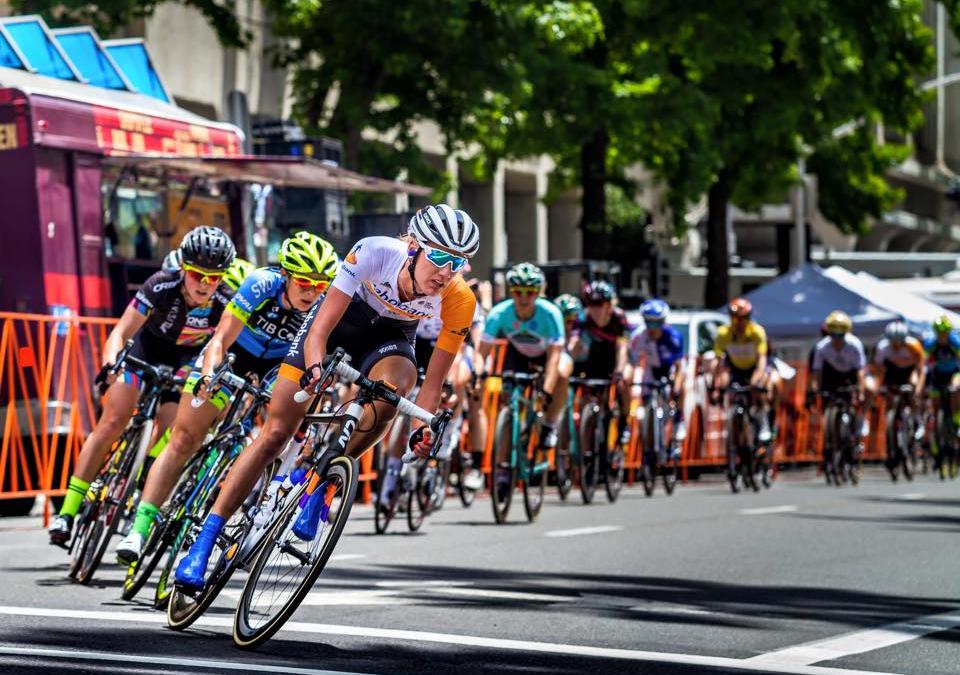 The Women’s Amgen Tour of California has quickly become one of the most anticipated races on the Women’s Pro Road Tour (PRT) and Women’s World Tour (WWT) calendars. With the race being the only world tour event for the women in the U.S, this gives the Europeans a chance to travel across the pond while American pros can travel less for a high quality event. “What’s great about the Amgen TOC platform is that it’s not just about the men. It’s about providing a powerful international platform for the women as well,” says Kristin Klein, president of the Amgen Tour of California (ATOC) and executive vice president of AEG.

Growing in Quality and Quantity

Klein has been involved in the organization since its inception, in 2006. In 2008, the first edition of the women’s race was included: a single day criterium, taking place on the streets of Santa Rosa. “I just remember that first day, that first women’s race… standing in Santa Rosa and watching the women come by. It was a moment of truth for AEG and Amgen TOC,” Klein says. The race was won by Brooke Miller of Team Tibco, and the following two years the race remained a criterium. From 2011-2013, an invitational time trial was offered to showcase the best time trialists in the world. It was in 2014 when the race began to expand to multiple days with a circuit race around the state capital building in Sacramento and the invitational time trial the next day. Finally, the 2015 edition offered a 3-day stage race, starting in South Lake Tahoe for the first two days and ending with the same circuit in Sacramento; it then increased to four days of racing in 2016 as well as becoming part of the inaugural year of the Women’s World Tour. “We have grown from an overall quality standpoint and we have grown in terms of quantity as well, as in terms of the number of days,” explains Klein.

Taylor Wiles, a current Marin County resident racing for United Healthcare Pro Cycling team (UHC), wishes to see the race develop even further. “I’ve been so happy to see it grow on the women’s side from a one day time trial to a four day stage race… I’d love to see it grow even more and be as long as the men’s race and on similar courses,” says Wiles. “I do think there is a lot of benefit to running a women’s world tour race alongside a men’s race because the infrastructure is already in place, the fans will come to see both fields race and the hype for the race is always high for dual events like this. I hope to continue to see the race grow and mirror the men’s race even more, my dream would be to have a race that runs each stage alongside the men’s where we race the same routes for a full week just like they do.”

Regardless of whether or not the event is run alongside the men’s, one thing is certain: people want to see these women race. “You have cities like South lake Tahoe and Elk Grove that are solely women’s race host cities. That just goes to tell you, that the women’s race can stand on its own, and people are really excited to see them compete,” says Klein. “The support from the cities, the support of the teams and riders, and the governing bodies, USA Cycling and Union Cycliste Internationale (UCI), it is truly a team effort to continue to raise the bar every year and to continue to take the race to the next level and women’s cycling to the next level. It’s a priority not only for us, it’s a priority for USAC and the UCI.”

While this year’s Amgen TOC remains to be four days in length, the courses have not become any less challenging nor has the competition had more fervor. Taking place May 11th-14th, the first stage is the same as the past two years. Starting and finishing at Heavenly ski resort, the women will race clockwise around Lake Tahoe. This stage has 5,000 feet of climbing, though, the hills are relatively short and the terrain around the lake is rolling. Riders can lose contact with the bunch going up the first QOM –the stunning yet steep Emerald Bay climb– however, we will likely see a relatively compact field up until the Spooner Summit climb, which is not as steep, but longer in duration. While we will likely see a selection form here, overall time gaps amongst the GC riders will be small as the racers climb up the final ascent to Heavenly. 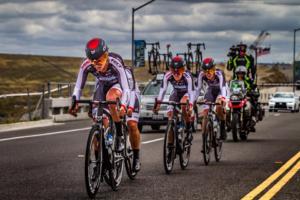 Stage 2 is where we will see major time gaps form as the ladies take on Kingsbury Grade, an 8 mile climb that includes 2,700 feet of climbing. “There is not a time trial so that is going to take away opportunity to gain time as an individual. Stage 2 is going to be the stage that determines overall GC, because that climb, not only is it steep, it’s at altitude and its long,” says Kristin Armstrong, 3-time Olympic Gold medalist and ambassador of the women’s race. She adds, “[Teams] are going to know pretty quickly after stage two, whether they can go for GC or not, and I personally think there will be a lot of teams going for stage wins, which I think is really exciting as it makes for a very active race.”

Megan Guarnier of Boels-Dolman, defending Champion, is anticipated to finish well here. Although she is known as a strong climber, she is coming back from a concussion earlier this season and has minimal racing under her legs. It is unknown where her fitness is currently at. Katie Hall of UHC Pro Cycling is another rider to look out for on the second stage, as she is rapidly taking the scene as one of the world’s best climbers. Recently, at Tour of the Gila, she won the first and second stages up the Mogollon Climb (although it was modified this year due to construction, decreasing the length of the final climb) and the Gila Monster Road Race, both infamous for long and steep ascents.

Both stages 3 and 4 are a day for the sprinters since they are flat, fast courses. As a first year host City, Elk Grove will send the ladies off on the 3rd day of racing. The race is a point to point, ending in Sacramento. On the final day, the ladies will race around the same circuit as previous years in California’s state capital.

Coryn Rivera of Team Sunweb is having a breakthrough season. She was the first American cyclist (both male and female) to win Tour of Flanders, is expected to finish well in these races. Although, known as a sprinter, she is overall a very strong and savvy competitor, and it would not be surprising to see her on the podium of Stage 1. Trixi Worrack (Canyon/SRAM) and Chloe Dygert (Sho-Air Twenty20) are two other names to look out for in the breaks. Worrack, a well-seasoned racer, won the first edition of the women’s Tour of California Stage Race in 2015; while Dygert, a 5-time world Champion at the age of 20, is less experienced yet extremely powerful. “I’d actually put Chloe in those breakaways, and I’ll tell you, you can’t underestimate the power of that girl… we don’t really know what Chloe is yet, right now she is everything, she has done everything well,” says Armstrong. “It used to be a lot easier to predict who was going to win, and now I feel like it’s anyone’s race because there is so many great new riders coming up and they are all really young, and I love watching that”.

Ladies and gents, keep your eyes peeled and your ears attentive, we have an exhilarating week of racing ahead.

Next Read: Where to Watch the 2017 Amgen Tour of California