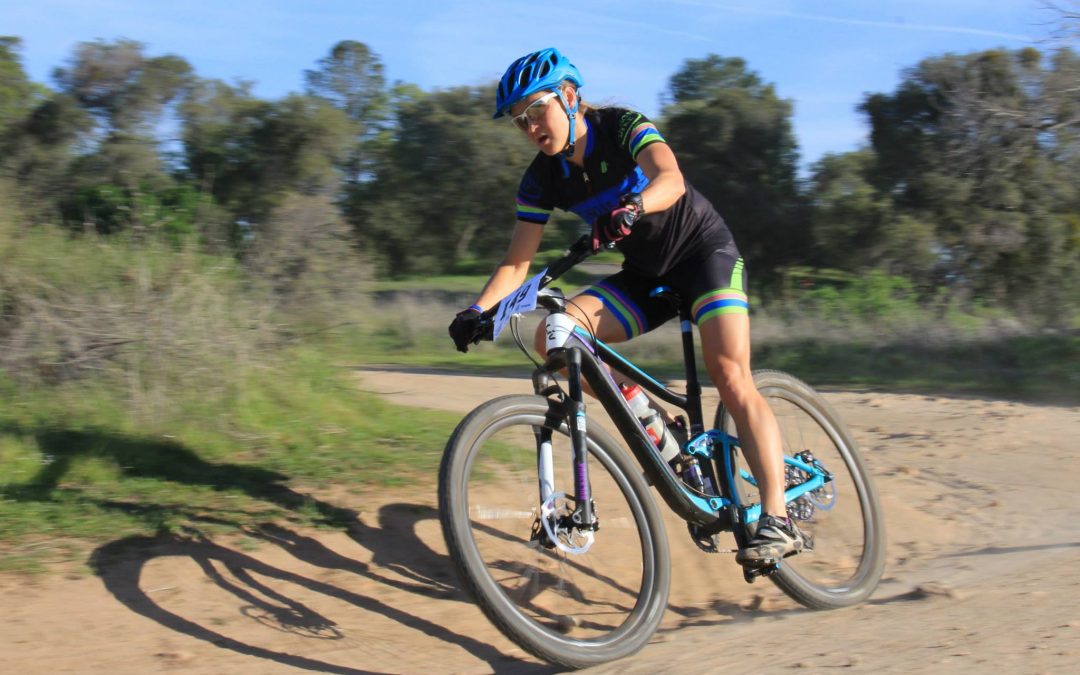 It’s race number four of 10 in the inaugural XTERRA Pan Am Tour, and the first of three on American soil.

We caught up with the elite crowd racing this weekend to get their thoughts on the course, the race, and other random funny stuff.  Here’s what they said…

“I’ve done this race every year for the past 10 or 11 years and still love it! The lake is beautiful and clean, the bike course is fun because the trails were created and maintained specifically for mountain biking, and the run is rolling, fun and shady! This course always proves to be challenging, whether from the heat and humidity or the wet roots and tricky single track so you have to be ready for anything!” – Suzie Snyder, former XTERRA National Champ living in Reno, Nevada.  Suzie finished 3rd here the last two years.

“When it was announced they would have a Pan American XTERRA circuit, I thought “wow” that’s a great opportunity for me to evolve, go and compete, and get out of my comfort zone to try and reach for that extra power to achieve more,” – Sabrina Gobbo, reigning and 3-time XTERRA Brazil Champion.  This will be her first time in Alabama.  She finished 3rd at XTERRA Costa Rica in March.

“I think this is the best XTERRA course there is. Lots of rocks and roots and fun crazy riding along with a awesome swim that is in a calm lake. The run course is also a blast and gives a good opportunity to run hard & fast. I really think without that crash I had a great shot at the podium. That’s why it hurt so bad. I’m really looking for redemption and coming off my 2nd place in Argentina I’m going to give it all I got as this is a course I truly feel at home at,” – Karsten Madsen, who was in the mix last year before a bad crash on the bike took him out of contention.  The Canadian currently sits 2nd in the XTERRA Pan Am Pro Series standings.

“I think this is one of my favorite races, that is why I am back doing it again this year. I love that the riding is different from the high and dry riding I do at home in the Rocky Mountains. The twisty trails through dense trees and occasional owl spotting make it worth coming back! This will be my 3rd time doing this race, and I’m excited for another tried and true XTERRA experience,” – Maia Ignatz, who won the overall amateur title at Oak Mountain and Maui before turning pro and finishing 6th here last year.

“This is one of the purest off-road XTERRA courses because the mountain bike is a true mountain bike single track and somewhat technical course. Oak Mountain lends itself to a great experience with lots of lush vegetation and abundant wildlife.  I crashed really badly last year on the bike, slid into a tree breaking my rear wheel and derailleur, so my goal this year is to complete the course!” – Caroline Colonna, who has finished in the top 10 here three times in the last five years.  She is (rather humorously) nursing a foot injury from “last weekend’s dance performances. I was Nana, the Dog, in Peter Pan … a lot of leaping!”

“I came here last year for the first time, and had a great time on the course in the days leading up to the race and really enjoyed being here in Alabama. The course is a lot of fun. The race, however, did not go my way. I flatted just when I got to the fun part above blood rock and after a bunch more flats and partial fixes I was finally able to get another tube and make it to transition so I could finish. Hopefully, I can get some redemption this year.” – Debby Sullivan, a Colorado girl who spent the last four years in California before moving to Virginia in February.  “Apparently we need to get it all.” (As seen in photo above racing in Granite Bay, California at a TBF Racing event. Photo by TBF Racing.)

XTERRA is celebrating its 11th year of racing at Oak Mountain State Park in Shelby County, Alabama this weekend.

In addition to being the fourth stop on the new XTERRA Pan American Tour, it is one of two majors on the America Tour that has amateurs racing to win regional titles in hopes of earning  coveted XTERRA World Championship qualifying spots.

The main event combines a one-mile swim in the warm water of Double Oak Lake with a grueling 20-mile mountain bike on the highly acclaimed Oak Mountain trails, and a twisty, turny, 10k off-road run.

“Bama is my favorite race in the U.S. because of the hidden gem that is Oak Mountain State Park,” said XTERRA Pro Suzie Snyder.  “The single track is phenomenal and the conditions are always an unknown which makes the technical aspect of the course so much more of a factor in the outcome of the race.”

Snyder isn’t the only one with high praise for the course at Oak Mountain State Park.  Runner’s World Magazine called the trails one of America’s “Crown Jewels – 25 best trails in the nation,”

Oak Mountain State Park was honored as one of America’s best trail destinations in Runner’s World Magazine, where the twisting, rolling trails made the “Crown Jewels – 25 best trail runs in America” list. BUMP, the local trails advocacy group, has spent more than 100,000 hours in design and construction of new trails over the past 20 years, and the International Mountain Bicycling Association granted them the prestigious EPIC designation – given only to those rare trails “guaranteed to blow your mind.”

In addition to the XTERRA Championship and half-distance XTERRA Sprint race XTERRA will host a beginner and family-friendly “Xticer” race that combines a 200-meter swim with a 10K mountain bike, and 2K trail run.  Then on Sunday XTERRA will host a full set of trail runs to include a 5km trail run/walk option and competitive 10km and 20km events.

All races are open to everybody, and registration is open at www.xterrapelham.com.