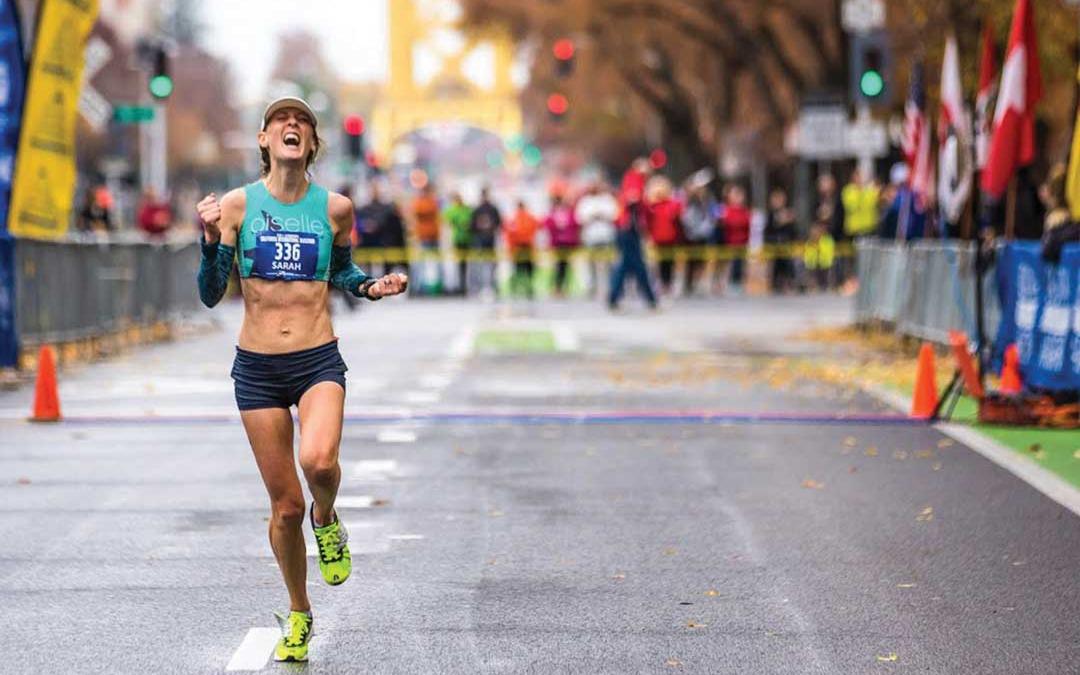 As I rounded the corner at the California International Marathon in December 2015, to see the numbers 2:42:– securing my spot on the Olympic Trials Marathon starting line, I split wide open. My running life flashed before my eyes: physical therapy appointments at 5 a.m.; crutches on the sidelines of races I should have won; college letters dwindling to nothing; three surgery comebacks; cheating death on I-70, crushed vertebrae and doctors telling me to quit; my C-section followed by months of not sleeping; my baby saying, “Mama run.” After two decades on the rollercoaster, I had made it! 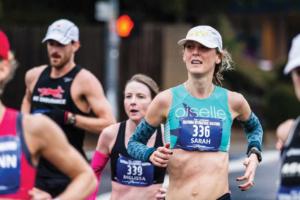 They wrapped an American flag around my shoulders; I cried and cried. In that moment I was happy it had taken so long, that the lows had been so low because it made the high even higher. It was the purest high—higher than I’d even imagined when I daydreamed about it over all the years and miles. It was exactly how the story was made to be told.

I knew it would be unsettling to cross the line in Los Angeles, a lifelong goal with a huge check mark next to it. I tried to prepare myself, but nothing could prepare me for the silence that followed that finish line. That little voice that whispered for 20 years “you need to make the Olympic Trials” didn’t have anything else to say. I thought the Trials would open doors, but instead they closed them. My career at Oiselle: over. My ten years in Seattle: over. 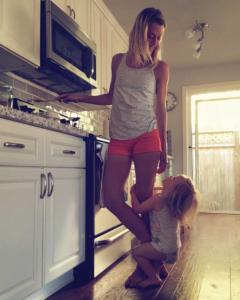 I returned to training. Running is my natural state, but competitive goals were blurry. I tried to race for place, for money, for times on a clock; to prove I wasn’t a flash in the pan; to prove I was better than someone else; to show my sponsor I was worth it. But I only felt more and more empty. I listened with growing frustration for my muses who’d been silenced after LA.

Then one hot summer morning in July, cranking a 400-repeat workout with no race in sight, each meditative lap unwound the tangled web in my mind until I could clearly see why I competed. It is to answer one question: What is possible?

Moments after the Trials, I knew I needed to wrestle the marathon again. I was unsatisfied with my performance there. At the California International Marathon I’d had a taste of how satisfying a marathon can be when it goes right. It was addicting, and there was absolutely no question on which stage I wanted to play next: New York.

New York—another dream marathon—had pulled at me for years, but every time I pictured crossing the finish line in Central Park, the naysayer inside me interrupted with, “You can’t afford it. You aren’t fast enough. You don’t have time. Your family has had enough.” But that morning in July, my muses silenced my naysayer. I got in from the workout, emailed the one name I had and asked if there was a way I could get in. I told him I had run the Trials, that I had unfinished business, that I wanted to chase a personal record through the five boroughs. Was it possible? The answer came back, “Yes.” 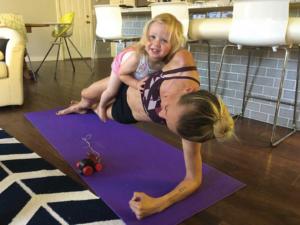 The acceptance to the New York City Marathon professional field got me so fired up that I immediately pushed my daughter, Penelope, 10 hilly miles in the stroller on a 90 degree afternoon. I was smiling like a lunatic the whole time. Penelope went along with it only because I fed her Popsicle after Popsicle as we burned the hills of Tacoma.

To line up with the professional field at a major world marathon is a huge first, something I couldn’t have dreamed of. But along with my excitement came a nagging battle with impostor syndrome and comparison. Just who do I think I am? Sarah Mac and Molly Huddle don’t belong in the same list. I bet no other pro trains with a stroller or has to deal with a wide-awake toddler at 4:30 a.m.

When Teddy Roosevelt said comparison is the thief of joy, he was right. I’ve learned many lessons during this ramp-up—how close to ride the line between breaking barriers and breaking down, how important fuel is, how to respect but not fear my body—but no lesson has been worth as much as knowing in my heart how true that quote is. I wasn’t invited to run the New York City Marathon because I’m an Olympian or even a 2-hour, 35-minute marathoner, I was invited as myself to line up and run as fast as I can. I don’t know anyone else’s challenges; I can only tackle mine and keep growing. I can only follow my own north star.