I am taking a short break from the 2016 Olympic Trials for some tri talk. As mentioned earlier this week in social media this will be the first year since 2010 that I will miss Ironman Vineman 70.3 as either an athlete or a spectator. 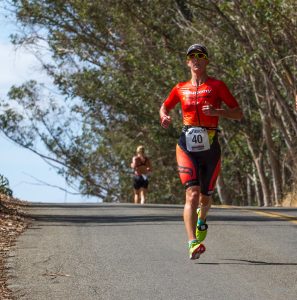 Since I have been attending this event I have watched Meredith Kessler climb the ranks – 7th in 2010 to 4th in 2011 to four consecutive titles in the women’s pro race. For the past four years she has been unbeatable on this course. Powering over the hills on both the bike and the run.

While I am enjoying Eugene and happily soaking in every minute of the 2016 Trials I am going to miss lounging next to the eucalyptus trees on the run course waiting to see which pro will crest the final hills first on their run to the finish line. I am going to miss sitting there waiting in anticipation to see if Meredith is going to turn her streak of four wins into a 5-peat this year! (See “just added” note at the bottom for a race update.)

I am not sure exactly why but I love this race so much. Maybe it is because Vineman is the first course I broke 5 hours on, or because it is an Ironman race with a grassroots feel or because this venue is as close as I am going to get to a “backyard” race, but whatever it is Vineman 70.3 keeps me coming back for more.

Best wishes to MBK and all the other women, pro and age group, racing this weekend!

**Added note. As this was posted Meredith has unfortunately dropped out of Vineman and Challenge Roth. I wish her the best of luck getting back to 100% and look forward to watching her race later in the season as well as seeing who will take the 2016 Vineman 70.3 title this year. 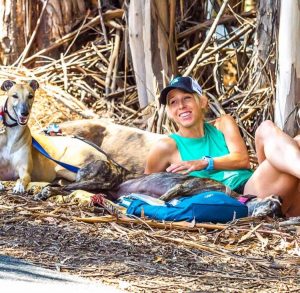