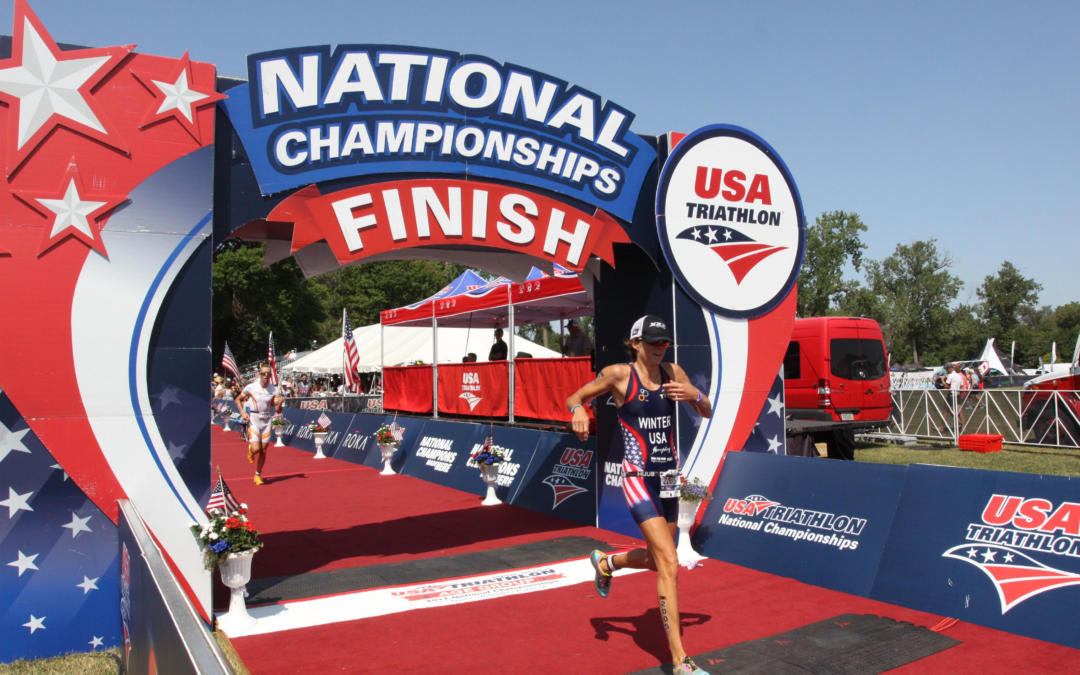 I competed in USAT Nationals in Omaha NE. in a new age group this year! But apparently no one there knew about slowing down as you get older. In fact the top 2 or so finishers in my age group beat many younger age group top finishers. I was honored to toe the line with these fast ladies.

A little about my race…

Out of 19 age groups starts my group was 16th. With just the 25-29 men, 25-29 woman, and 24 & under men behind us. That meant setting up transition before 7am then sitting and waiting 2.5 hours. But that gave me time to drink more coffee, use the port-a-potty 100 more times, and work on not freaking out.

Swim
The water was warm so no wetsuits. The swim went smooth, not too much bumping around. I tried to find feet and did a couple times but then lost them. So I was alone for the most part, but did notice someone drafting off me! Wasn’t sure if I should get mad or feel honored ha! For the first time racing I made sure to concentrate on not kicking too hard. Without the wetsuit, and my tendency to kick more than a triathlete should, I wanted to make sure to save my legs for what was ahead. The swim ended up being one of my slowest 1500m times. I did start my watch about 30sec early but when I exited the water it was 2-3 minutes slower than my typical time. Not knowing where I stood coming out of the water I was relieved when I got to the racks I noticed many bikes were still there (they rack age group together). Turns out the swim was maybe a bit long and there might have been some currents, because everyone’s times ended up being slower than usual. So as long as it slows everyone down I’m okay with my slow time!

Bike
The bike course was flat with one steep climb about mile 8. It was there I saw some funny signs that made me laugh “Smile if you peed in Carter Lake” (I smiled, don’t judge) and “This hill is easy, like your mother!” (whaaat?!? Well I never…). Later I passed a gal in the age group ahead of me, and when she saw my age on my leg she yelled out “You are in 6th position!” That floored me because 1. that was top ten, 2. she was keeping track, and 3. that she told me! So nice. On the bike I worked hard, kept to the non-drafting rules (there were many officials on motorcycles out there), and had to tap into the songs in my head to distract from thinking about “will I be able to run after pushing this hard?” Believer by Imagine Dragons was what keep me going strong at the end. And counting my pedal strokes.

Run
The run was a 2-loop 5K and very flat, my favorite. Well, slight downhill is my favorite, but flat is a close second. It was packed with racers. Being one of the last groups to start the race, and a 2-loop course, I was constantly passing people from other age groups. And every so often a racer from the younger age group behind me would fly by me like I was standing still. I remember passing someone in my age group and she said something to effect of “go get ‘em girl!” Side note: I have to say that even though we are all out there competing and wanting to place well, the encouragement from other racers is amazing. Everyone is out there giving their best and still encouraging others to do the same. It makes me tear up a little….
Anyway back to the run
At mile 4 there was a gal in my age group I was slowly catching. I was debating to stay behind her and try to pass her closer to the finish, but then I thought if I passed her maybe I’d keep running faster than her… I decided that since my goal was top 10 I had nothing to lose and I should run my hardest. So I passed her. Then not too long after she passed me back! I stayed with her on her heels, we were zigzagging through so many people! It was fun to chase her like that. With a little over a mile to go I started to feel light-headed, I kept counting to distract from the pain but didn’t want to pass out before the finish so I ended up slowing slightly. She ended up beating me by 11 seconds. Turns out there was a gal behind us who was gaining ground, she came in 15 seconds behind me. When I came to the finish line I heard Tim Yount announce my name and that I was 5th place! I was beyond thrilled. Becky, who came in 4th, and I hugged and we thanked each other for the push to the finish. Then 6th place, Kirsten, came in and was so thrilled to come in top 10 as well. We hugged and laughed! She told me she didn’t tell anyone (well maybe one person she confessed) that she secretly wanted top 10 but wasn’t sure if it was doable. I told her I felt the same, I had told a few people but really wasn’t sure if I could pull it off. But there we were, we had just accomplished our far fetched goal! It was amazing.

The weekend was more than the race… I had an amazing time hanging out with Sarah who I met at ITU Cozumel last year, we made a plan in Mexico to have a reunion at Nationals. I miss her already and wish she lived closer. I loved seeing triathletes I’ve met while racing over the last few years, and meeting new ones. And hanging with my husband and so much family from the area was icing on the cake.

photos from the weekend 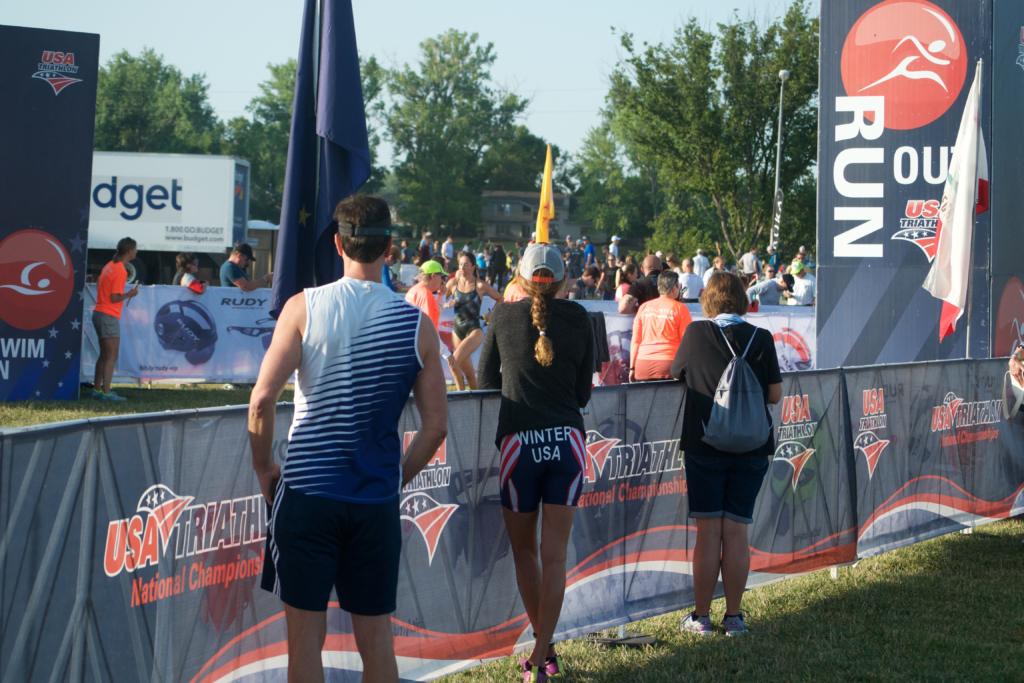 Sarah started 2 hours before me, so I got to cheer for her coming in from swim. 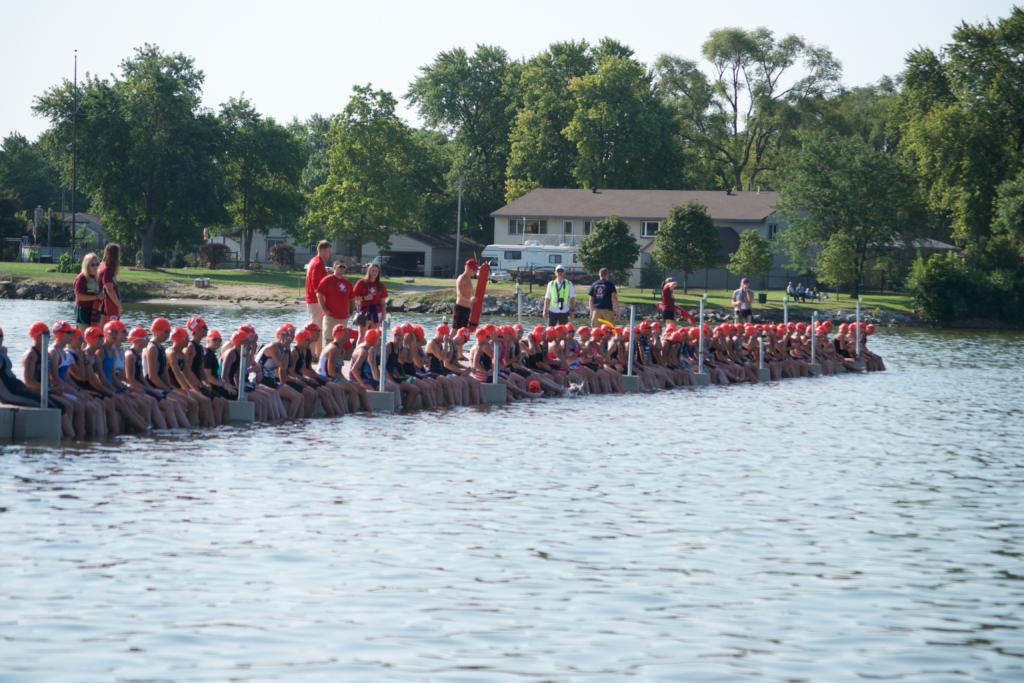 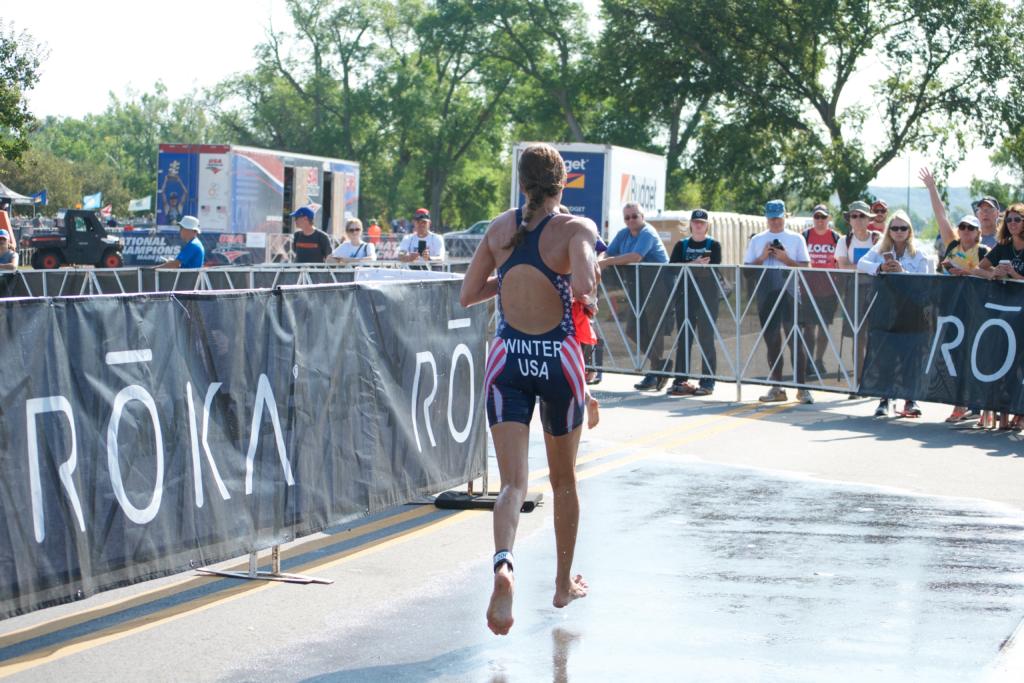 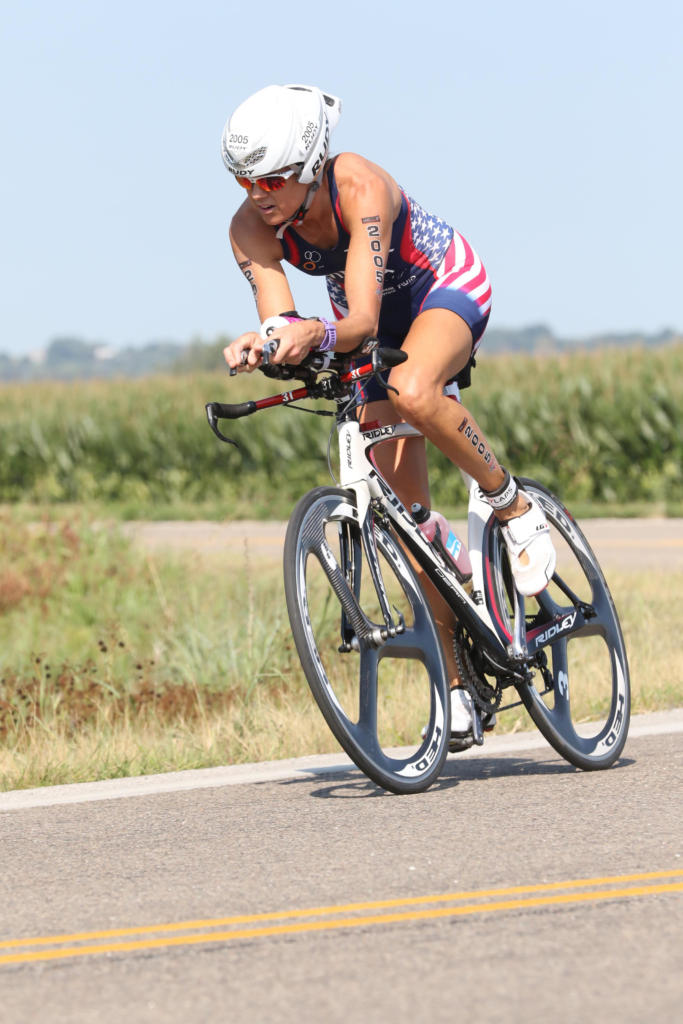 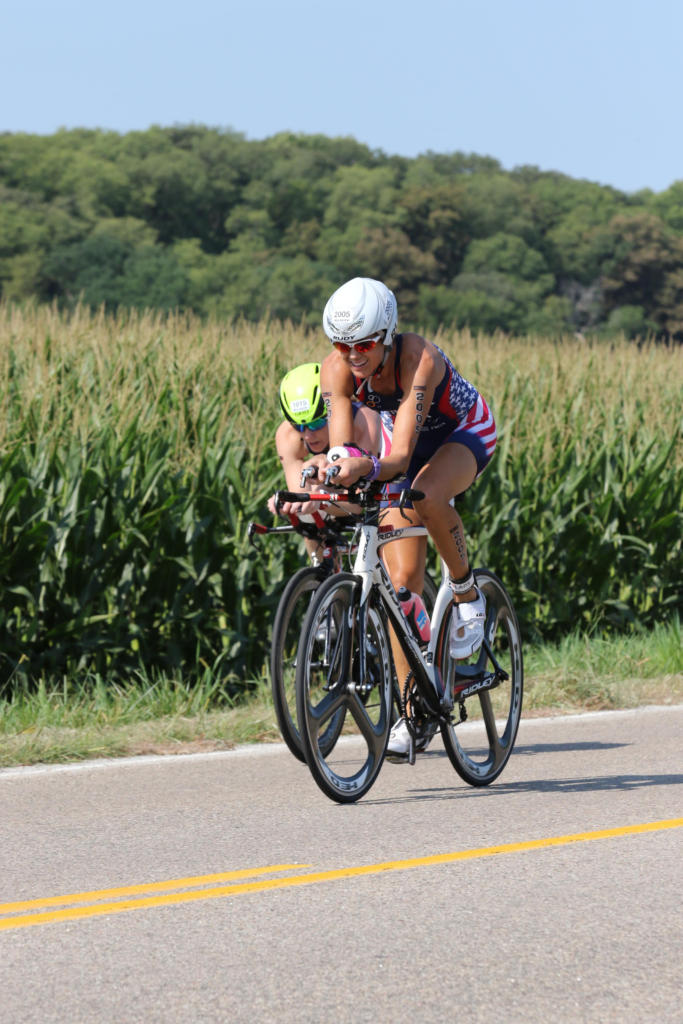 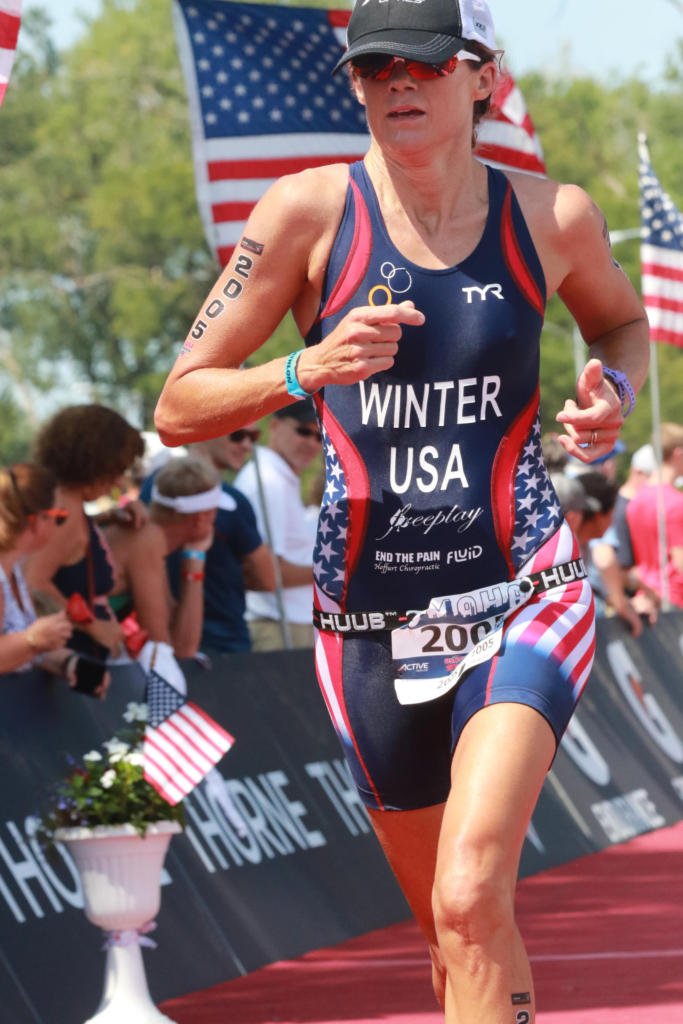 on the red carpet! 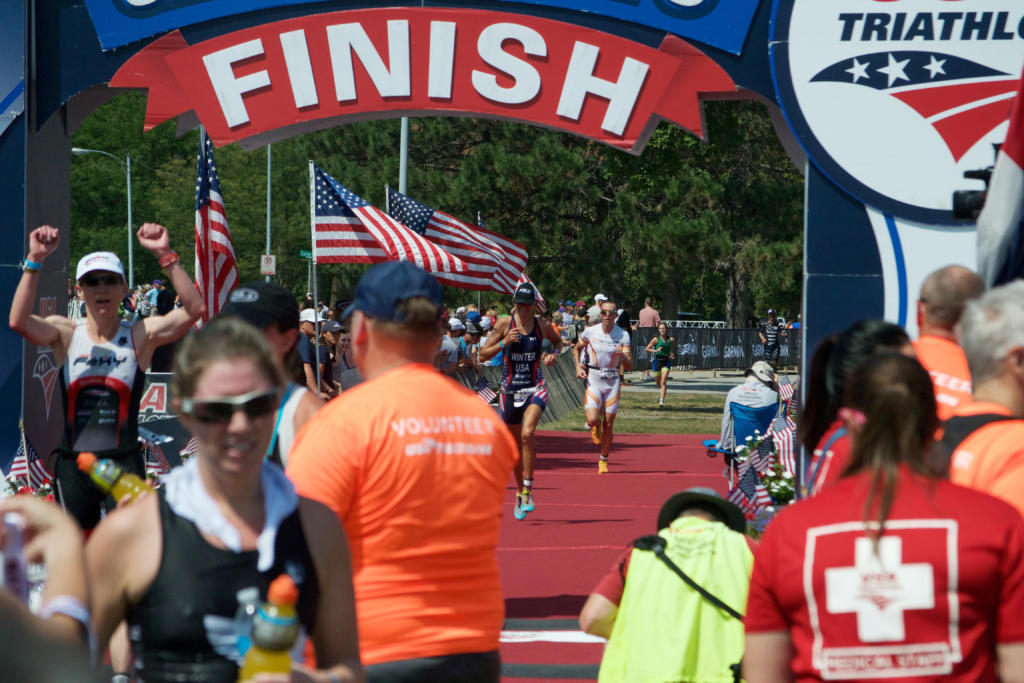 the finish! Kirsten in the black Watte Ink kit close behind!! 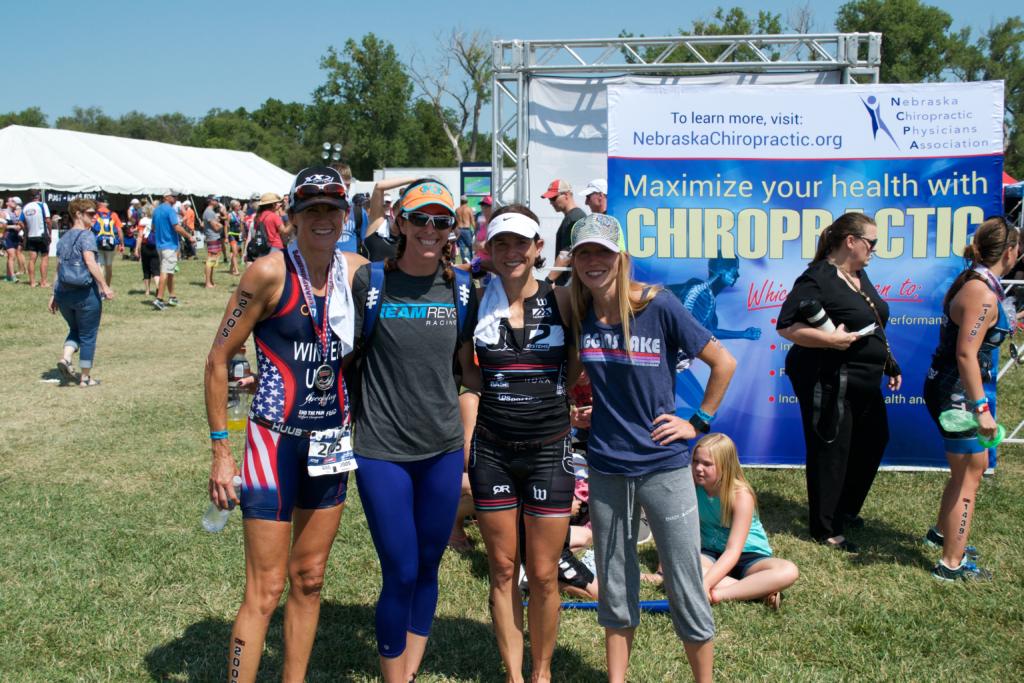 we all met last year at ITU Worlds in Cozumel 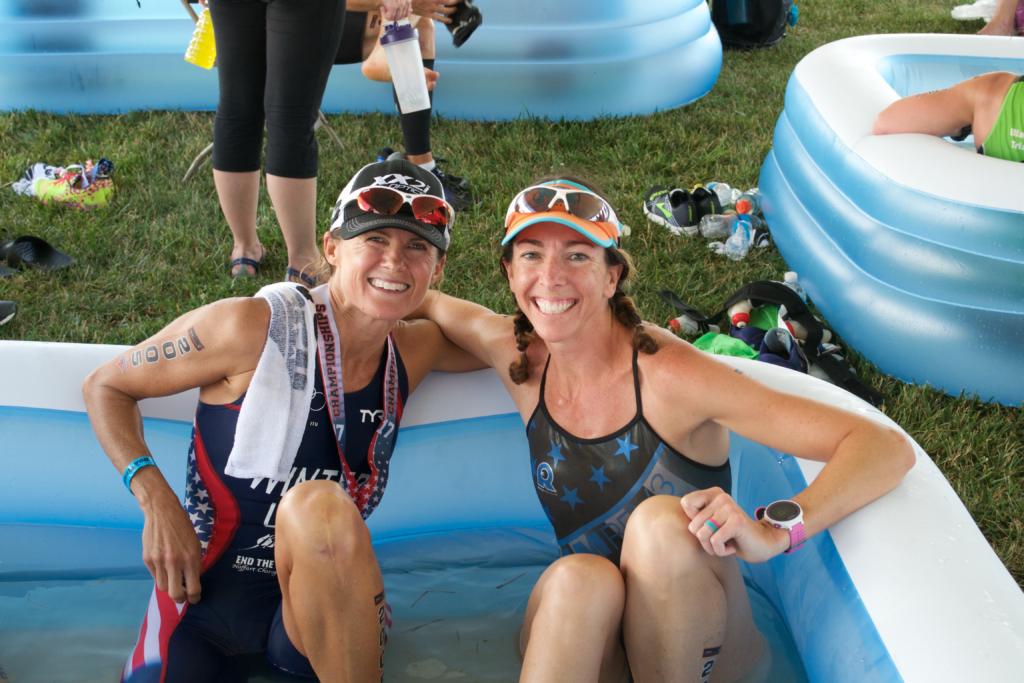 Sarah stuck around for 2 hours to watch me finish, and then joined me in the cold pool! 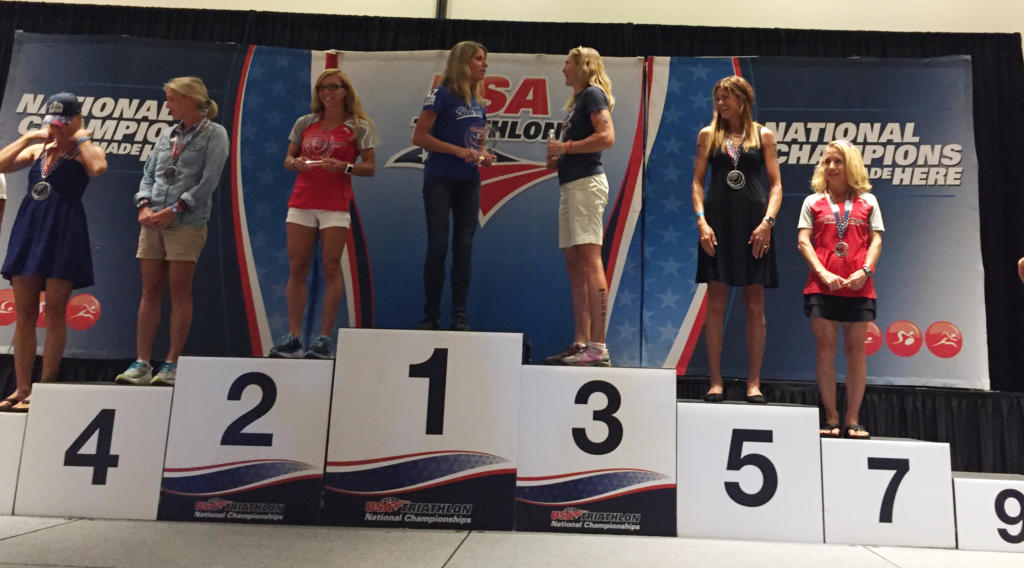 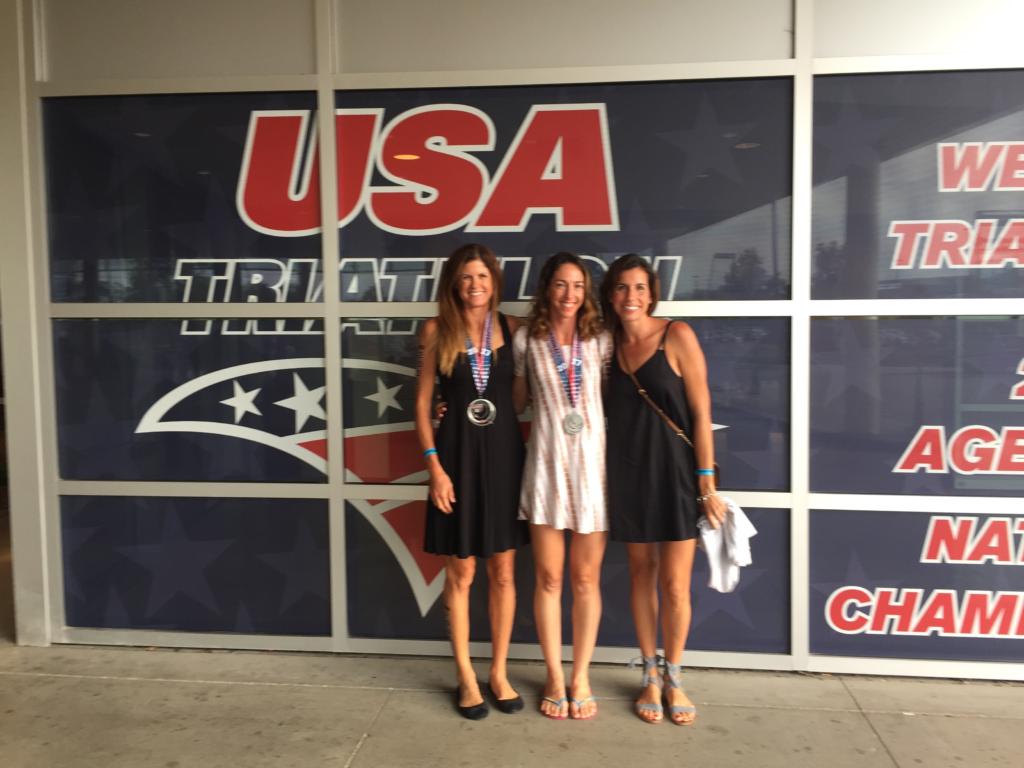 before hitting the town in our bling 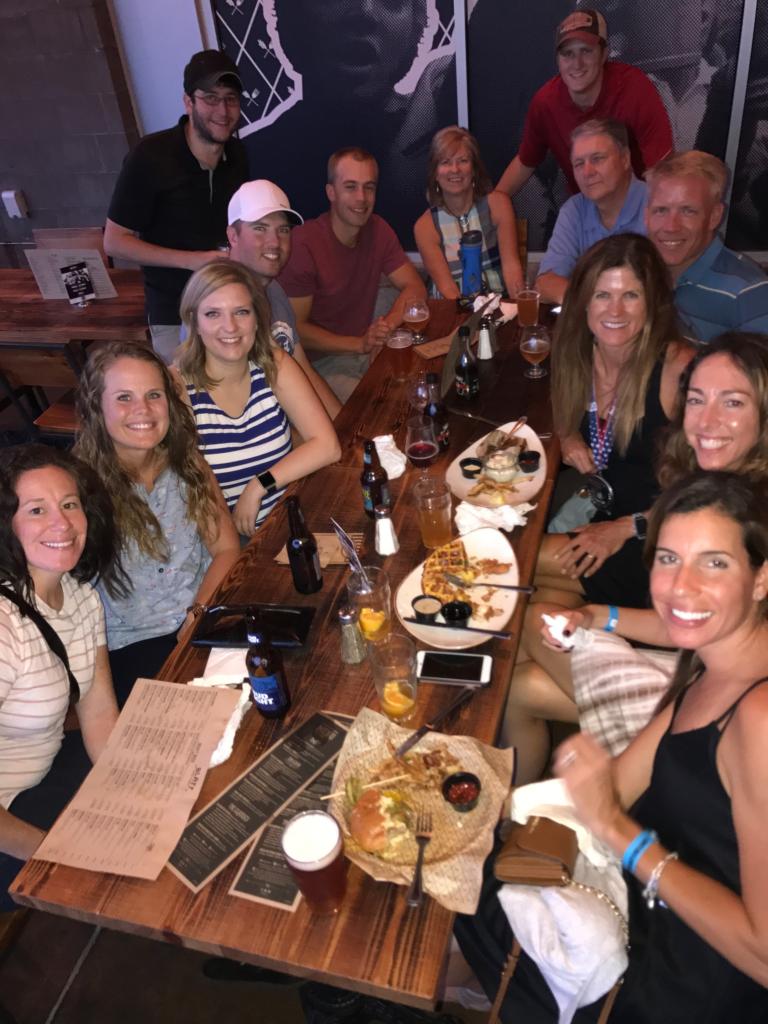