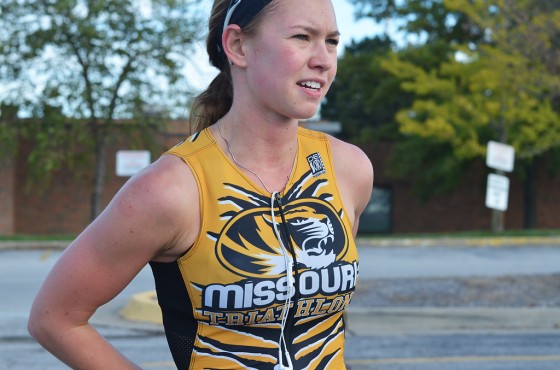 The grants will be awarded to NCAA Division I, II and III institutions in order to develop, implement, grow and sustain women’s triathlon at the collegiate level. Following an application process, grants will be awarded beginning with the 2015-16 season and distributed through the 2016-17 and 2017-18 seasons. A second application process will award select additional schools with grant funding for the 2016-17, 2017-18 and 2018-19 seasons.

“Triathlon as an NCAA sport for women is a game changer for USA Triathlon and our young aspiring female athletes,” said Rob Urbach, USA Triathlon CEO. “We will make these funds available to deserving athletic programs to help initiate the progression from Emerging Sport status to a full-fledged NCAA Championship sport.”

“We’re extremely pleased that women will have additional resources now in Divisions I, II and III to compete at the collegiate level in triathlon, one of our NCAA emerging sports that continues to evolve and generate interest,” said Tim Hall, Chair of the NCAA Committee on Women’s Athletics and the Director of Athletics at the University of Maryland, Baltimore County. “And, as women get more opportunities to compete, it also provides them with additional opportunities to earn a college education which helps prepare them for the future.”

Grant application requirements are available at usatriathlon.org/ncaa. Initial grant applications are due on Jan. 30, 2015, and schools who are awarded grants will be notified by Feb. 13. USA Triathlon will officially announce grant winners on Feb. 20 and funding will be dispersed on March 2.

Triathlon was approved as an NCAA Emerging Sport for Women at the NCAA Convention in January 2014, receiving overwhelming support from DI, II and III schools. Emerging sports have a 10-year window in which to establish 40 programs. The first-ever Women’s Collegiate Triathlon National Championships were held on Nov. 2 in Clermont, Florida, where UCLA’s Kelly Kosmo claimed the title. USA Triathlon has led the effort to include triathlon as an NCAA sport since 2010.