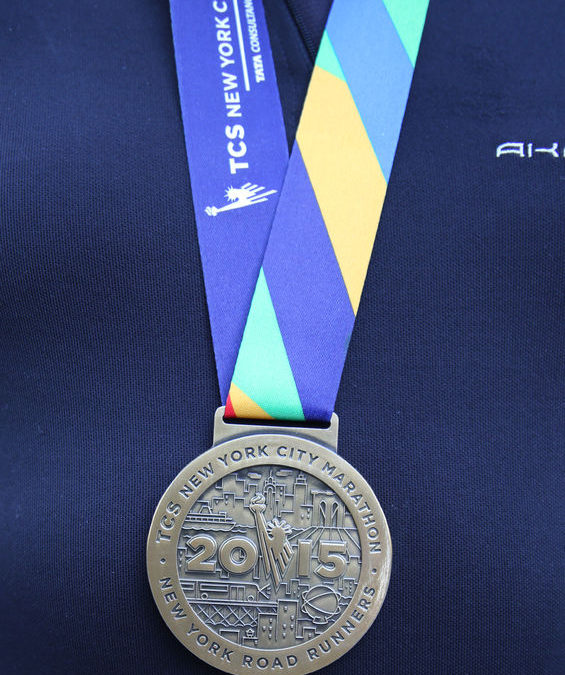 “What a thrill it is to have Gwen join our amazing group of American professional athletes for the 2016 TCS New York City Marathon,“ said Peter Ciaccia, president of events for New York Road Runners and race director of the TCS New York City Marathon. “We have so much respect for what Gwen achieved in Rio and how well she represented the USA. Her gold medal proved once again that she’s the world’s top triathlete. Although Gwen crossed the iconic Central Park finish line once before – taking first place at the NYRR Dash to the Finish Line 5K the day before the 2014 TCS New York City Marathon – we are now excited to see her make the transition to long-distance road racing on the streets of New York City.”

Jorgensen, 30, of St. Paul, MN, is a two-time ITU world champion in her sport, who roared to victory at the Rio 2016 Games in a time of 1:56.16 on a highly technical course. She made her move on the Copacabana course during the bell lap of the run, leaving the defending Olympic champion Nicola Spirig of Switzerland behind after playing a game of cat-and-mouse.

The Olympic title was extra special for Jorgensen, who had packed up and moved to Australia and then Spain to train full-time after finishing 38th at the London 2012 Olympics because of a flat tire.

“This has been such an incredible year for me, and I thought what better way to continue to challenge myself than by running my first marathon,” said Jorgensen. “The triathlon will always be my first love, but I am really looking forward to the marathon and cannot think of a better place to make my debut than New York City.”

Jorgensen is a 17-time winner of the ITU World Triathlon Series races – having won all but two individual races since April 2014 – and was previously a standout runner as a member of the University of Wisconsin’s cross country and track and field teams. She was the 2009 Big Ten Conference champion in the 3000 meters and 5000 meters, and a three-time NCAA Championship participant in track and two-time participant in cross country. Jorgensen is sponsored by ASICS, which has been a partner of the New York City Marathon for 25 years.

Jorgensen will join an American professional athlete field that also includes 10 men and 11 women who participated in the 2016 U.S. Olympic Team Marathon Trials and three other athletes who will be making their marathon debuts, including Olympic 5000-meter runner Kim Conley and NYRR Team for Kids Ambassador and Olympic 10,000-meter runner Molly Huddle, who broke the 10,000m American record at the Rio Olympics.

The TCS New York City Marathon is the premier event of New York Road Runners (NYRR) and the largest marathon in the world. Over 1,000,000 people have finished the race since its first running in 1970 with just 127 entrants and 55 finishers running four laps around Central Park. The race expanded to all five boroughs in 1976 and is now in its 40th year as a five-borough affair. Held annually on the first Sunday of November, the race features 50,000 runners including the world’s top professional athletes and a vast range of competitive, recreational, and charity runners. Participants from over 125 countries tour the city, starting on Staten Island at the foot of the Verrazano-Narrows Bridge and running through the neighborhoods of Brooklyn, Queens, and the Bronx before ending in Manhattan. In 2015, the inaugural NYRR Youth Invitational at the TCS New York City Marathon gave young runners the opportunity to run 1.8 miles of the race course in Central Park, beginning near mile 24 and finishing at the famed TCS New York City Marathon finish line. More than one million spectators and thousands of volunteers line the city streets in support of the runners, while millions more watch the live television broadcast in the New York area on WABC-TV, Channel 7, nationally on ESPN2, and via various international broadcast partners around the world. The race is part of the Abbott World Marathon Majors, which features the world’s top marathons—Tokyo, Boston, London, Berlin, Chicago, and New York—and crowns the top professional male and female marathoners each year. Tata Consultancy Services (TCS), a leading global IT services, consulting, and business solutions organization, is the premier partner of NYRR and the title sponsor of the TCS New York City Marathon. The 46th running of the TCS New York City Marathon is set for November 6, 2016. To learn more, visit www.tcsnycmarathon.org.