So, you want to do a triathlon? 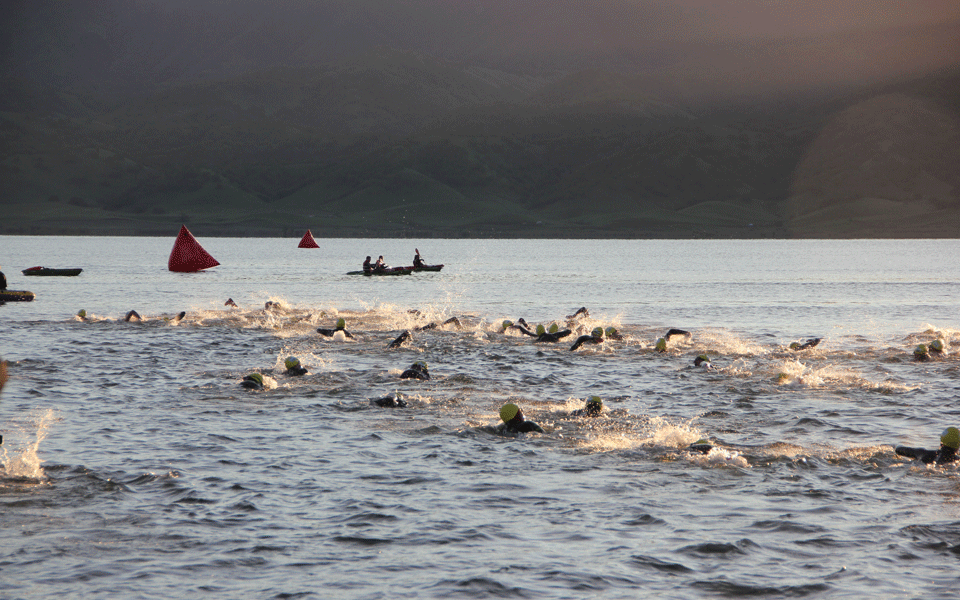 So, you want to do a triathlon?

Maybe you saw a race on TV or near your house. Maybe you have a friend who did a local triathlon. Or, maybe you simply keep getting hurt running and want to try tri.

The growing popularity of triathlon has increased the number of races (including beginner-friendly and shorter races), the number of training groups, and the number of people willing to help you get to your first finish line.

“Triathlon’s becoming a lot more accessible to the masses,” said Michelle Dodd, owner of Flower Power Sports. That change is bringing new people into the sport, which is great, she said. And, you could be one of them. 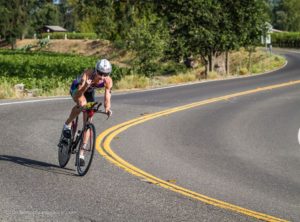 Both Dodd and Emily Cocks, a professional triathlete and coach, start by learning about their new athletes’ abilities. Many casual runners come to triathlon with no idea how to swim or ride a bike. Plenty of people come without a running background. It’s important to know your strengths and weaknesses and to have a plan, which a coach or training group can help create. Dodd likes to lay out a schedule of slowly progressing workouts to show her new triathletes how they’ll get from here to there.

“We look at other people’s training and think ‘that’s where I have to be,’” said Cocks.

For most people new to triathlon, swimming presents the biggest challenge, said Dodd. In part, that’s because if you didn’t learn to swim as a kid it can feel overwhelming to learn as an adult. In part, though, open water swimming (in the ocean, lakes, or bays) can be challenging even for good swimmers.

Cocks, who swam at the University of Michigan, recommends that new swimmers get lessons and instruction. Because it’s the most technique-based of the three sports, swimming can be difficult to pick up on your own. “If you’ve never swum before, you’re going to swim all wrong,” she said.

Once you’ve had some instruction, you should swim, swim, swim in the pool before heading to open water. It’s important to get comfortable first, but you still want to practice in lakes or the ocean before your first race. Without black lines on the bottom of the pool, cold water, and choppy waves, it can be a very different challenge.

Triathlon is all about getting used to different challenges. If you’re new to biking, it might be tempting to do all your rides on the trainer or on stationary bikes in spin classes. It might be scary to hit the road, but you need to ride your bike outside before you plan to race it outside, said Cocks.

“You’ve got to ride where you race,” she said – that means on roads, with things happening around you. Of course, she said, riding indoors can have benefits (especially if you live somewhere cold) and riding outside can be dangerous. That’s why a cycling partner or group can help point you toward good routes and be there when you fall down – because you will fall down, said Cocks.

But, falling down on soft grass, while you practice skills, or on training rides is better than falling down in a race. 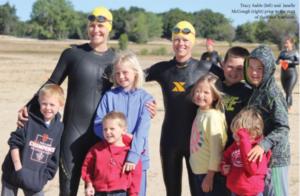 You don’t necessarily want to be in Cocks’ position during her first race, when she didn’t even know how to make a U-turn on her bike and had to come to a stop, unclip from her pedals, and turn her bike around. Of course, if you have to do that, it’s ok too. Cocks made it through that race and kept practicing.

Cocks also made it through a broken tibia when she first started. Eager to get fast quickly, and with no running background, she pushed her mileage up too quickly and overdid it. Running is actually the most common thing for people to overdo and end up injured. That’s why Dodd starts her athletes very conservatively with run training.

A coach or a group of other beginners can make everything less intimidating, said Dodd, as can training with a friend. Why not make doing your first triathlon an activity for you and a friend to try?

And, if you’ve never done a triathlon, start with something small and local. Ironman (2.4 miles swimming, 112 miles biking, 26.2 miles running) is the most well-known race distance, but there are half-Ironmans, Olympic distance races, and sprints. (Don’t be misled. “Sprint” triathlons are not sprints, but typically take close to or over an hour.)

Women, in general, tend to be a bit overwhelmed by all the equipment and by the machismo of stereotypical Ironman triathlons. It can all seem a bit much. But, if you start with a shorter distance, borrow or rent a bike, and train with friends, then you should have fun in a new sport. And, then, you can always improve from there.

“Women tend to underestimate their abilities a little more frequently than men do,” said Dodd. Men, she said, think ‘triathlon, I can do that.’ So can you.