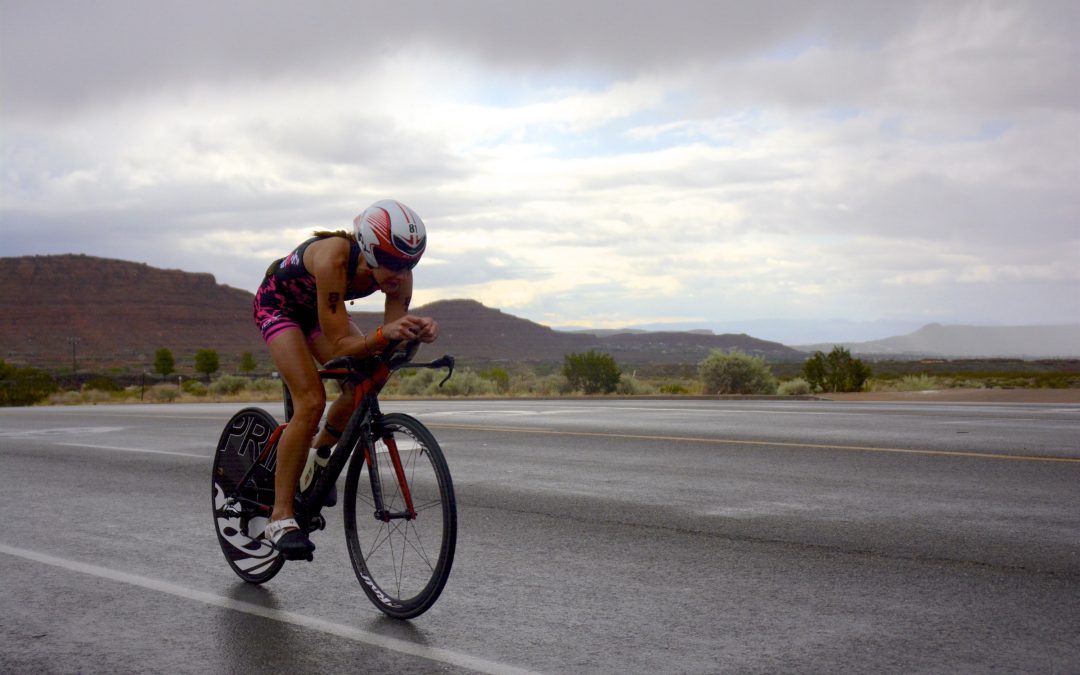 The Wildflower triathlon is on my schedule every season. This year was the first time Wildflower and St. George 70.3 were not on the same day. I have never done two half ironmans seven days apart and I was motivated to attempt it on two challenging courses. Lake San Antonio was on the way to St. George so I decided to drive straight to Utah after Wildflower, with a stop in Henderson, NV to visit a dear friend and her family.

I finished 3rd at Wildflower and felt strong on course in St. George until mile 35 on the bike. Then, a storm blew in and the temperature dropped into the 40s accompanied by pouring rain. I do not perform well in the cold so from that point on it was a struggle. However, I am going to call St. George a success in terms of preparation. The weather was outside of my control and caught everyone off guard, even the forecasters! Below are details on how I approached the “dirty double”:

*Planning: I do not like the unexpected. It was important for me to have a well thought out plan for my 10 day adventure. Since I was driving I was able to fit all that I would need, and then some, in my car. I had a bike work stand, trainer, extra wheels, bike tools and more “just in case.” I also made a document with driving routes, pools along the way and grocery stores.

*Short term focus: I did not think about St. George until after Wildflower. There was no plan to save up for the following weekend. The only time I thought of St. George was the final two miles of the run at Wildflower. My finishing place was solidified so I did not have to bury myself at the end of the race. This was helpful because running down Lynch Hill at a hard pace can create quite a bit of soreness in the quads.

*Nutrition and hydration: I have found the better you take care of yourself during races the better you perform–shocking, right?!?! Plus, you also recover more quickly from the hard effort. I always focus on this, even if I do not have a race the next weekend. A quicker recovery means you can get back to training sooner! . As soon as I crossed the line at Wildflower I was in recovery mode. I grabbed water and some food immediately. I also did not linger and socialize—I had to make sure to cool down (see below).

*Training: I viewed the races as two hard workouts one week apart. My training was consistent leading up to Wildflower and I kept my volume slightly higher the last full week before the race. The extra volume was completed at an easier/aerobic intensity. I did the same amount of higher intensity work I typically do during my training. The week of Wildflower was a quick drop taper. The legs felt strong and I rebounded quickly after a big block of training in the weeks prior to the race. 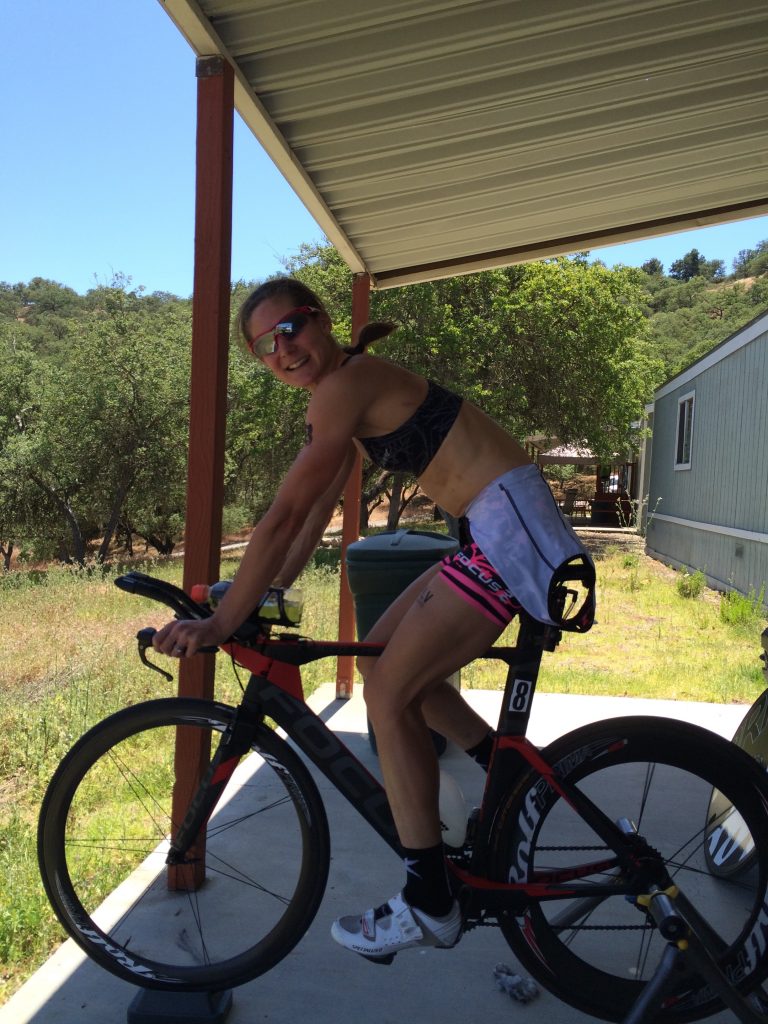 As I mentioned above, a cool down after the first race was extremely important to hasten the recovery process. I skipped the post race socializing at the finish line, grabbed my gear and got on the trainer for a 30 minute easy spin. Between races I did not take any days off. Movement was key in relieving any soreness I had from Wildflower. I swam everyday between races. I was able to do some efforts in the pool on Monday, a solid ride in St. George on Tuesday and a short tempo run on the treadmill on Wednesday. The treadmill was a useful tool because it limited the pounding on my legs. I had a long race pace “workout” at Wildflower so I kept the hard efforts short; blocks of 2-6 minutes seemed to work well on the bike and run. It was enough to keep the system firing but did not create any extra fatigue.

*Nutrition, Recovery and Sleep: Not much needs to be said here. I ate well balanced meals and, because I believe in moderation, I enjoyed a few cookies and treats. I also spent a inordinate amount of time in my Recovery Pump boots. A friend of mine would text and say “what are you doing, sitting in your boots?” The answer was usually yes. I took naps when I could and made sure to get 8+ hours of sleep a night.

There you have it—my guide for two hard workouts in seven days. Truthfully, thinking of it as anything else over complicates something that is simple. Race, active recovery and race again. I think athletes frequently end up more rested for the second race due to the increased focus on recovery after the first event.