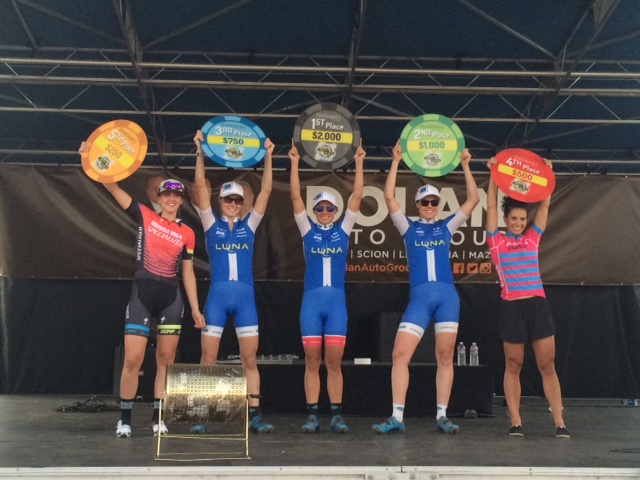 Reno, Nev. (October 2, 2015) — As the sun set over the saffron hills surrounding Rancho San Rafael Park in north Reno after the inaugural CrossReno Cyclocross festival, event planners and cyclists alike were reflecting on the day — and already planning for next year’s event, which is scheduled for Saturday, October 1, 2016.

“CrossReno was a great success for its first year and was an incredibly well-supported community event,” said Teal Stetson-Lee, professional cyclist for SCOTT 3Rox, race director and vice president of operations for ShadowIndustries, the event promoter. “We are so appreciative of everyone who came out to race, volunteer and attend. It will undoubtedly be even bigger and better next year.”

“We tracked more that 58,000 posts on social media talking about CrossReno and using #crossreno,” said Michelle Quevedo, race director and CEO of ShadowIndustries. “It was also incredible to have such a huge outpouring of support coming from outside the cycling community as well. This was a social, engaging day of cyclocross fun, and we’re ready to build on that and make CrossReno an even better experience next year.” ‬‬

“Next year’s event will be another spectacular day in northern Nevada,“ said Nichole Whisman, vice president of sales and marketing for ShadowIndustries. “And of course, we’re committed to keeping this a family-focused festival with intense cyclocross action, live music throughout and many fun activities before, during and after racing.”

The first-ever CrossReno event drew 343 elite and amateur cyclists to Rancho San Rafael Park, including many from Sacramento and the Bay Area. The festival – with live music, food trucks, a beer garden and a retail expo – attracted nearly 3,000 more from the region for a day of outdoor family fun, complete with a free kids skills and riding clinic, hosted by the Reno-Tahoe Junior Cycling. The event benefited the Boys & Girls Club of Truckee Meadows, which also hosted family-friendly activities throughout the day.

Yet despite the focus on fun, the level of athleticism on display was unmatched.

“Thanks to designer and builder Shawn Omeara, our never-before-seen LP Hay-Zing Pit was a huge success among all categories — including the Pro Elite riders category,” Stetson-Lee said. “We can’t wait to figure out the course plan for next year, which obviously will include a fly-over bridge, a sand-pit and other obstacles that could forever change the complexion and outcome of a rider’s race.”

“We were thrilled to have all of these amazing athletes, of all different levels, here this year,” Quevedo said. “Everywhere we looked, we saw spectators happy and having a good time. We really enjoyed sharing Reno and Rancho San Rafael with them, and we couldn’t have done any of this without the amazing support we received from all of our sponsors. We couldn’t be happier.”