Not Just Another Day 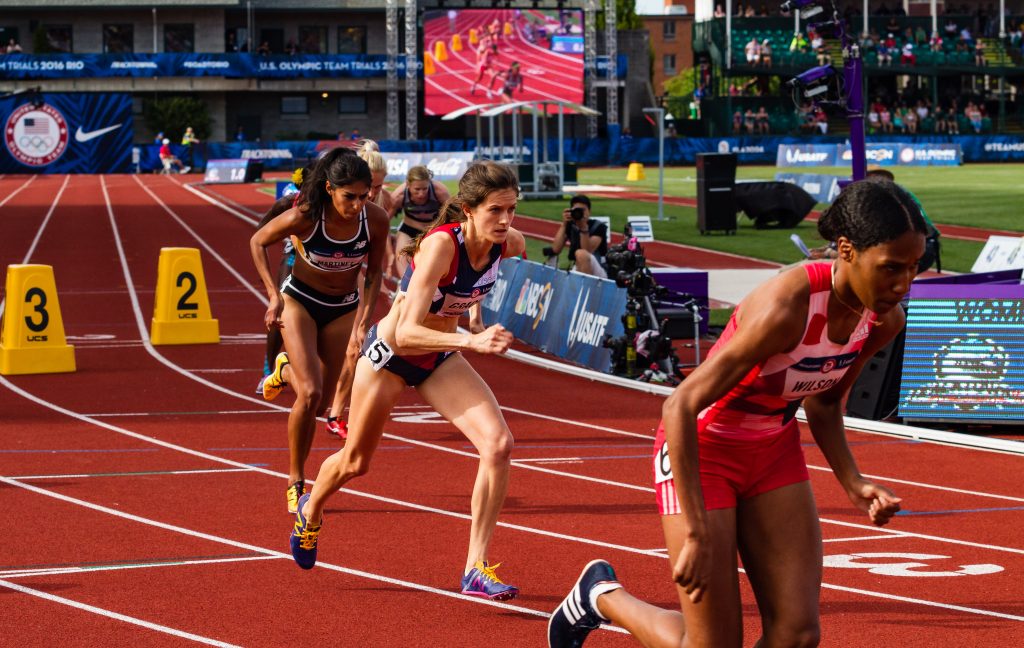 My non-runner friends will often say – “10 days. Don’t you get tired on track and field by then?” My answer, like your’s most likely, is no.

Each day of the Olympic Trials is not just another day. It is hard to tire of the sport when each day is full of first time qualifiers, athletes defying odds to make their second or third team and athletes who placed fourth in 2012 who are hungrier than ever to make this year’s Team USA.

We are about halfway through the 2016 Olympic Trials and we have been brought to our feet numerous times by athletes like Alyson Felix who charged down the final stretch of the 400 for the win and a world leading time. We also witnessed high jumper Chaunte Lowe punch her ticket for her fourth Olympic games while Vashti Cunningham became the youngest track and field athlete to qualify for The Games since 1980. With performances like these, 10 days of track and field is not nearly enough.

Each day I watch in anticipation of how the races will unfold, because each day is an unknown – even for the race favorites. Tonight we saw this exemplified in the women’s 800. As hard as it was to watch it is part of racing. Tonight Kate Grace was the best. She ran her race, stayed with the lead runners and most importantly she stayed focused when athletes were falling around her on the final turn. Now, she is an Olympian. I am proud to have her represent USA in the Summer Games. As for Alysia Montano and Brenda Martinez, my heart goes out to them as there are no second chances in this meet.
Fortunately for Martinez, she does get a chance for redemption in the 1500 meters in a few days; I am wishing her the best. I hope she finally has the chance to showcase her fitness, strength and speed to the fans at Hayward Stadium!