After a successful season last year with Stevens Bike p/b Pactimo, Nicole Justice landed a pro contract and a spot on the Tibco women’s pro cycling team. Nicole took a moment to share her thoughts and goals for the 2013 season with Freeplay magazine. 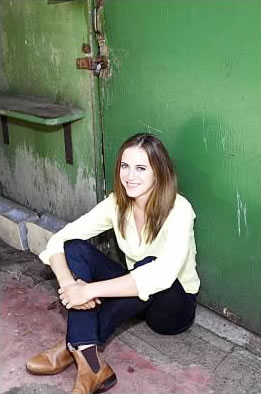 Freeplay: How and when did you get into cycling?
Nicole Justice (NJ): I got into cycling two years ago while living in Australia with my husband. Before discovering the sport, I played volleyball, ran track, and loved snowboarding. I know now that cycling was the sport I was always meant to do! While living in Melbourne, I started going on weekend rides with women that I had met. I then became friends with a couple of guys who ran a bike shop, Bike Gallery, near my apartment. Before long, I was going on daily 2-5 hour rides with a group of very fit men. If it weren’t for them, I don’t think I would have progressed nearly as quickly. There is a huge cycling scene in Melbourne so it was the perfect place to get started in the sport.

Freeplay: What did you learn about racing this past year as a rider on
Stevens?
NJ: Before racing for Stevens, I had mainly raced club criteriums in Melbourne as an individual. I had only raced in one stage race before moving back to California and that was with Team Holden at the Tour of New Zealand. At that tour, it quickly became clear that I had a lot to learn with regard to team tactics, positioning, and bike handling skills. As a rider on Stevens, I was able to improve upon all of these things and realized how important it is to race as a team. I was lucky to race alongside a group of very talented, experienced, and supportive women. Bill Nicely, the Team Director, was extremely supportive and was able to get the team into some bigger races such as the Cascade Cycling Classic which added invaluable experience.

Freeplay: What were some of the highlights for the 2012 season?
NJ: Competing in the US Nationals Road Race was really special. My mom traveled to Augusta with me and it was a lot of fun having her in the feed zone. Winning the San Ardo Road Race was probably my most memorable victory of the season. It was my first time attempting a solo breakaway and it was exhilarating! Becoming the California State Road Race Champion was also a highlight, especially since I got to wear the California flag on my jersey!

Freeplay: What is your strength on the bike?
NJ: I really love road racing and climbing… the longer and hillier the better. I am also starting to enjoy time trialing and that’s something I want to focus on in 2013. Eventually I would like to be a GC contender. In my opinion, time trialing and climbing require the most mental toughness and I guess I like pushing myself to the limits.

Freeplay: You recently signed with Tibco which is a UCI team. What are
you most looking forward in 2013?
NJ: I am really looking forward to riding alongside an amazing group of women. I will be learning from some of the best in the sport and I hope I can contribute significantly to the team’s success. Tibco has a long history and a great reputation and I am lucky to be part of the squad for next year.

Freeplay: What do you think will be the biggest challenge about racing domestic races across the US vs. mostly local NCNCA races?
NJ: First of all, the competition will be tougher and the peleton will be a lot bigger! Most local NCNCA races are one day races. Personally, I think stage races are way more challenging. Recovery and nutrition become super important when it comes to racing multiple days in a row as does overall endurance. I believe the biggest challenge will be putting forward good performances day after day. Having said that, I really enjoy stage races so I’m looking forward to the challenge!

Freeplay: What advice do you have for other women who aspire to be a
pro cyclist?
NJ: My first piece of advice would be to make sure you have a good coach! If it weren’t for my coach, Warren McDonald, I don’t think I would have signed a pro contract this year. As my coach always tells me, cycling is an investment in time. You can’t expect to see huge gains quickly. You need to set realistic short and long term goals, train hard, and rest well. Also, simple things such as proper nutrition and hydration are extremely important things that oftentimes go overlooked. The most important thing though is to have fun and never lose your passion for the sport!

Thank you for your time Nicole. We are looking forward to seeing what you can accomplish in 2013. Best Of Luck!