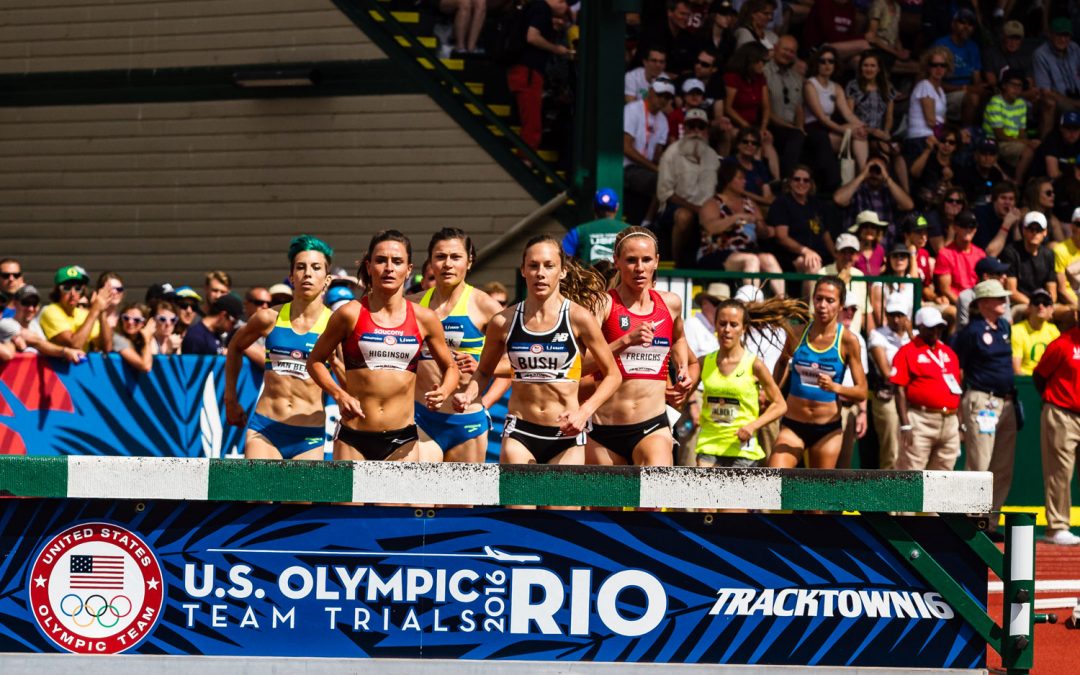 14 women advanced to tomorrow’s 3000 meter steeple final. In this field is race favorite and American Record Holder Emma Coburn who ran a career best of 9:10.76 this year in Eugene. With a personal record that is 8 seconds faster than the second best in the field (Leah O’Connor), Coburn should easily take the National title and the first spot of Team USA barring a repeat of the women’s 800 meter final.

Joining Coburn in the finals are teammates Stephanie Garcia and Nicole Bush as well as 2012 Olympians Shalaya Kipp and Bridget Franek and the 2012 Olympic Trials 4th place finisher, Ashley Higginson. Franek entered the trials ranked 8th and Kipp 10th but both looked strong in the round one on the 4th of July.

With Coburn far ahead of the field and Leah O’Connor with the second fastest time coming into this event (9:18.85) the race for the third spot on the team looks to be one most athletes will be fighting for.

Also scheduled for tomorrow is the first round of the women’s 5000 which will feature all the top 3 finishers (Molly Huddle, Emily Infield and Marielle Hall) from the 10,000 meter finals held on Day 2 as well as 2012 Olympian Kim Conley, 2016 Indoor World Team USA athlete Abbey D’Agostino, 4th place finisher in the 2016 Olympic Trials 10,000 meter final, Kellyn Taylor and Eugene favorite Jordan Hasay.

Conley, who dropped out of the 10,000 meter final earlier in the Trials after losing her shoe, stated on Twitter, “Hitting reset and turning my full attention to the 5000 now.”

16 women, the top 6 from each heat plus the next 4 fastest times, will advance to the 5000 meter final on Sunday.