Morgan Gonzalez began a love affair with running at the young age of 9. She went on to run throughout high school and into college at Cal State San Marcos where she earned All-American honors in the 10k twice. It was her passion for the sport and an intense love of nature that spurred a recent relocation to Mammoth Lakes, CA in August. Since then, she’s been plenty busy both in running and professionally as a co-founder of the new non-profit ‘California Runners.’

You can keep up with her on Twitter @MoHoSjo and on her blog, http://runningbums.blogspot.com/, that she shares with her husband Sergio Gonzalez.


You and your husband/fellow “running bum” Sergio Gonzalez moved to Mammoth in August after a stint of living in Mexico. What compelled the two of you to make the jump?
Sergio and I went on a camping trip in the Sierras with my Dad in July. After that you could say that we actually never really went back home (to San Marcos, CA)—the Running Bums ran away. We ended up in Tahoe, then Yosemite and Lee Vining (just North of Mammoth) living in canyons and off the land. We did go to Leon Guanajuato, Mexico for 10 days to visit Sergio’s family but we ended up deciding to move to Mammoth Lakes while we were there, so we basically went straight from Mexico back to camping out in the mountains until we found a place to call home. Sergio was in between jobs this summer and I work from home (for SMACK! Media), so we decided to leave conventional living behind and get back to our roots as Running Bums and see where the trails would lead!


How has the transition affected your training and involvement in the sport?
The transition to mountain life has been an adventure. Neither of us grew up in the snow nor have we trained at altitude for more than a week. On our first workout up here we had to walk our cool downs! It’s humbling to slowly build back the ability to run paces and workouts we once considered easy (at sea level) up here. While the training at 8,000 feet elevation is certainly an intriguing bonus, we moved here to experience a radically different lifestyle. We both are happiest and most creative when we are close to nature, and when you are at peace in your environment, at least to us it seems that your running naturally blossoms.

We have been a part of the amazing running community in San Diego for almost 10 years so it was bittersweet to leave that. However, the community here in Mammoth is amazing and has made the transition incredibly smooth. It’s awesome to make new friends in the sport and get new perspectives. We run a lot with the Mammoth Track Club and for most of the team it will be their first winter here as well so we will get to experience that in a group rather than as lone wolves!


What are you looking toward in the near future for racing and training?
Spring track is our first love and what our coach Jon Clemens gears our training year towards. We both are focused on the 5K and 1500, and Sergio may throw in some steeplechase action! In the mean time we are both racing the Silicon Valley Turkey Trot 5K and then Club Cross-Country Nationals in Bend, Oregon. We are looking forward to racing killer competition while exploring fun new places along the way in our G-Ride (aka Grandpa ride, the Buick LeSabre).


A new running specific non-profit popped up late October called “California Runners;” you and your husband make up two of the four co-founders. Congratulations! How did you become involved in CR? How long has this been in the works and how has it felt to see it come to fruition?
This is where the story comes together in a freakish way! Sergio and I were driving to the canyon we were camping at in late July when we both received an e-mail from our friend James Nielsen. He told us about the non-profit he was launching, California Runners. The email basically explained that he would love to get us on board as Co-Founders, and that he had heard rumors that Sergio was looking for a job and that we might be moving to Mammoth which “would be perfect timing!” When you read something like that you start to look for hidden cameras until you realize again you’re in the middle of nowhere. Until then things were completely up in the air and Sergio was considering taking a job as a commercial fisherman so we could live in the wilderness. But his ultimate goal has always been to help others, and especially youth, through running and I think I recall that this happened during the full moon. It was more than a sign. We left for Mexico the next day and did all of our brainstorming and calls with James over skype in a tiny hot room with no AC or running water. California Runners was exactly what we had been hoping to get involved with, but because it happened so fast it honestly seemed insane. To now see California Runners launch and get rolling feels magical but also grounding. While James’ idea had long been in the works, to us California Runners will always be something that found us on the road, that came to fruition because we never let go of the steering wheel on the crazy ride.


What do you hope to bring to CR? Where do you see the organization going on a larger scale?
Ultimately Sergio and I hope to bring our wild passion for the sport and act of running to California Runners and the California running community at large. To us running is so much more than a sport, it’s the vehicle that continues to bring so much good into our lives—friendships, our marriage, jobs, travel, college degrees, health and something to get stoked about each and everyday. We hope to infect people with that attitude about running, whether you are a competitor or just enjoy running for fitness, we can all experience that carry over and create so much goodness and positive vibes for individuals and their communities.

Each and every Co-Founder of California Runners is a go-getter. We have all gone after big lofty running goals (we were all collegiate All-Americans), and then carried that drive over into other areas of our lives. Because of this we make it no secret that we see California Runners maturing to something BIG, like New York Road Runners BIG! But more important than the ultimate destination, we are all busting our asses everyday to ensure that we are making a positive impact at each smaller step in the process. 2013 is about awareness and growth; getting runners to join us in founding California Runners from the start. We have some incredible plans for 2014 that include the California Half Marathon, a series of middle school mile races and really pursuing our mission supporting, launching and donating shoes to middle school running programs across the state. Ultimately California Runners is about uniting the running community of California. Whether you are an Olympian like our Athlete Ambassador Deena Kastor, a new runner looking to finish your first race or even a running bum like us, we all can share mutual respect for each others’ pursuits in this sport, and use running as a vehicle to make a positive impact for others outside our individual goals and lives. 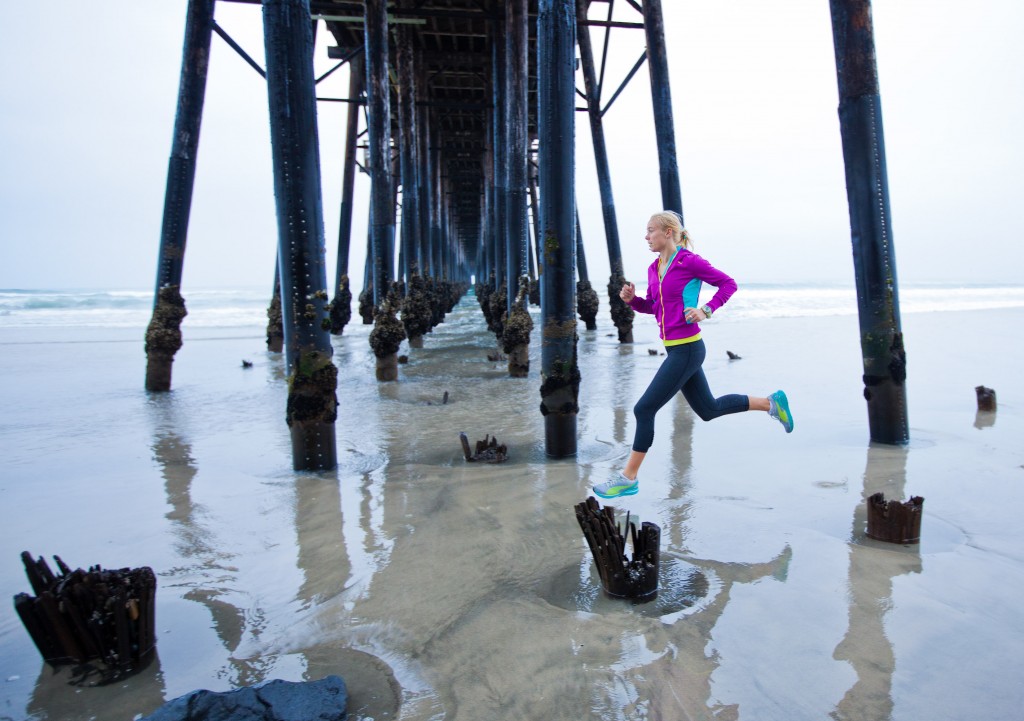