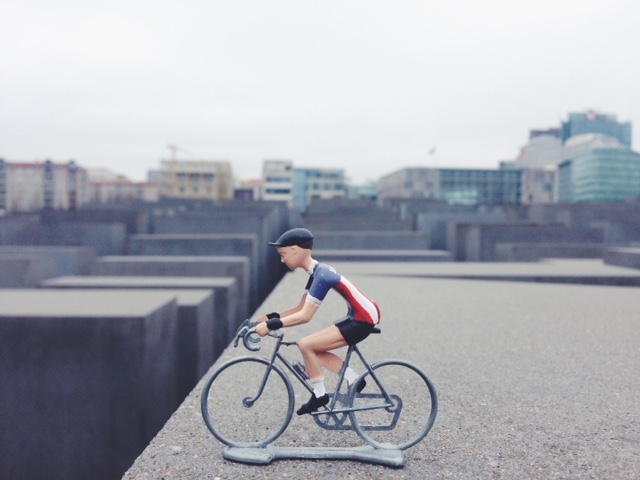 Day Two of the Berlin Six Days Wraps Up

The entire crowd for the Berlin Six Days is constantly blowing their whistles, screaming and clapping their hands. The astonishing amount of noise produced by the crowd creates an electric, hair-raising atmosphere. These last two days have genuinely been a sublime experience. I love that racing is held only during the evening. This gives the riders an opportunity to explore the alluring city of Berlin. More often than not I find myself traveling to these amazing cities and countries for races, only to fly in, race and fly out again. You see the race site and that is it. Today I got to visit the holocaust memorial of Berlin and explore a bit of the city’s history.

With day two of the Six Days Berlin wrapped up I discovered that Berlin is an entirely different experience than Bremen: bigger track, bigger crowd and most notably a higher quality of racing. Berlin is all about the business of racing, while Bremen mixed in a fair amount of partying. The crowd attending the race is a lot more involved, thanks to the sprightly announcer. 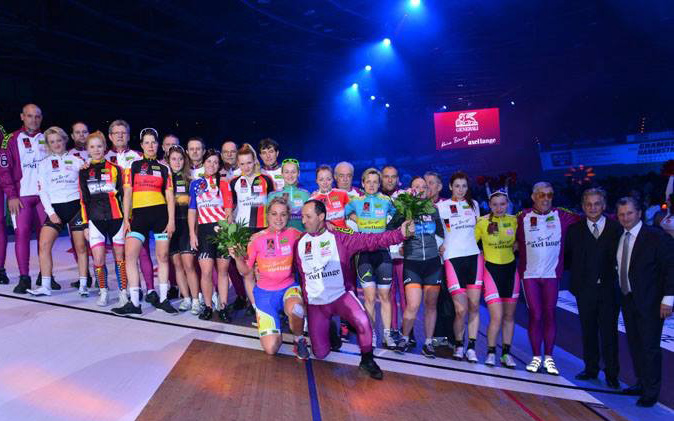 Although the announcer undoubtedly animates the crowd, it caused some confusion during my race on day one. During the elimination race, I could hear the announcer call out my name. Apparently he was making the crowd cheer for me, since I was playing ‘the devil’. I do not speak German and usually the only time your name is called out is when you are eliminated, so I thought I was out of the race. “Sorry Korina Huizar, you are still in the race!” came a bit too late to catch up with the rest of the girls.

Today during day two, another problem with translation arose. My Italian derny driver seemed to not understand the word “allez” when I wanted to go faster. Maybe I should have said “più veloce”. Oh Europe, why do you have to be so multilingual? All and all, it was good racing – no ifs, ands or buts about it.

Both the points races went well. I took 7th place on day one and 6th on day two. I am certainly satisfied with these results, given the brilliant level of racing. This is unquestionably the most grandiose Six Days I have ever been to. I have learned so much during these last few days. My goal going forward is to improve my results for tomorrow’s points race and elimination race.

Tomorrow holds another chance to see a bit more of Berlin. Stay tuned;I have two more races on tap for the evening! 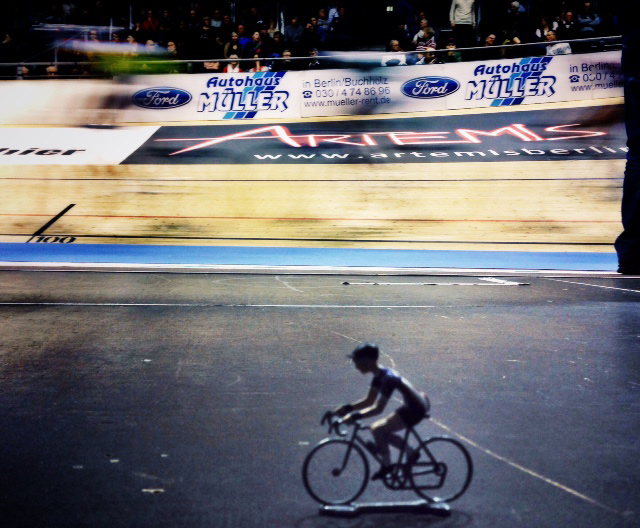 To read Korina’s previous diary entry click here.
Korina Huizar just signed with a new team! You can learn about the new team by following this link.