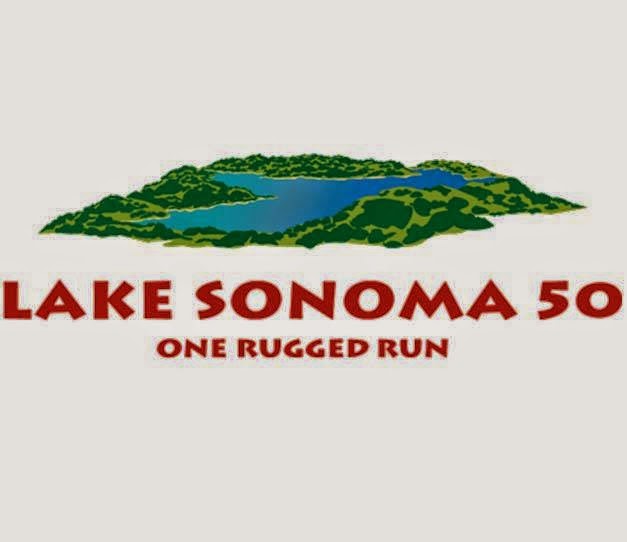 One of the country’s top 50 milers witnessed intense competition

Going into the race Walmsley’s goal was simple, “I wanted to win for sure,” he said.

Asked if the competition was an incentive to go faster, Walmsley said, “I wanted to compete and it (the course record) was there. I was looking over my shoulder a lot (as I) always do…always have, always will. It (the competition) kept me honest, more honest than I would have been had they not been chasing me.

“It was for sure one of the stronger runs I’ve had, but 30-40 miles in any race is awful,” said Walmsley who did admit to walking, but quickly added, “just a little.”

To prepare for the race Walmsley, who lives in Flagstaff, did much of his training in the Grand Canyon running four long efforts of 30-plus miles. He credits the longer runs, and the addition of a crew this year for his victory, something he learned from the 2015 race when he was crewless (Walmsley finished fifth in 6:41:54). “Last year the Nike guys had a great crew and I didn’t. Adding a crew this year made a huge difference.  We had a good game plan on nutrition and we nailed it, plus they got me in and out of the aid stations quickly.”

Although he considers himself a well-rounded runner, Walmsley felt his strength at Sonoma was his downhill running. And, when told his training partner Tim Freriks, who posted a 6:17:58 to take second place in his ultra debut, said he was a strong climber and not as good on the downhills, Walmsley chuckled, “Yeah, I can smoke Tim on the downhills.”

There’s no question the pair has a healthy respect for one another, dating back to high school when the two competed against each other – Freriks the younger of the two.

Not only is Walmsley older by one year, he has more experience at the ultra distance. In fact this was Freriks longest run and first ultra race. “I just kind of wanted to hop right in,” said Freriks, who ran in college and then took a couple years away from competitive running…and he boasts a 14:02 5K PR on the track.  “The runs I do for this type of thing are fun and I’ve enjoyed the process.”

It wasn’t all fun on race day. “I had a rough time around the middle (part of the race),” said Freriks. “There were some pretty good climbs, and (my) descending was rough. It’s definitely a different type of running than I’m used to.  When I trained in the Canyon, I’d get into a groove. Here, it’s kind of mixing it up.”

With his finish, Freriks earned a Golden Ticket into the Western States 100. However, he’s not ready to commit to the race. “I was kind of tunnel vision on this race for a while,” said Freriks. “I’ll look at my schedule and see if I can make it (Western States) work.”

Also earning a ticket to Western States was third-place finisher Mario Mendoza (Walmsley already had his ticket from his win at Bandera 100K), who posted a time of 6:30:44. The 30-year-old from Bend, Oregon, summed up the race by saying, “That was hard.” And then added, “That’s probably the race I’m most proud of.

“I’ve had bad luck this year,” said Mendoza who won Cayuga Trails 50 Miler and was second at UROC in 2015. “I was sick for a few races and it sucks to run an ultra when you’re not feeling yourself.”

Mendoza recently returned from Guatemala where he picked up a bad cold and wasn’t even sure a few days ago whether he’d run Sonoma. His goal race morning was simple, “I told myself if I started, I was going to do my very best to finish. I decided to test it. I’ve been known to be a bit stubborn. I’m glad I went for it, but it was really hard.

“At the half way I was like in fifth. I started picking it up and around 42 miles I caught Dylan (Bowman) who was in third. I knew if I could get top three I would be really stoked. We were battling it out, and it was like a 5K finish,” said Mendoza who bested Bowman at the line by just 16 seconds.

On the women’s side, there was much more drama from start to finish. Thirty-four-year-old Camille Herron, in her first trail race, took the pace out hard, looking strong and confident early on, but started losing ground near the half-way point. First to pass her was eventual winner Yiou Wang, who posted the second fastest women’s time at Lake Sonoma in 7:14:45, to capture one of the most rewarding victories of her career.

Kaci Lickteig was next to pass Herron, finishing second in 7:22:13. Finally Anna Mae Flynn caught and passed Herron just one mile from the finish to post a time of 7:28:13, less than two minutes ahead of Herron who struggled across the line covered in dirt from a fall.

“It’s pretty grueling,” Herron said. “It was different for sure (than racing on the roads). I’ve gotta prepare better. I was not prepared for all the rolling terrain.

I fell with a mile to go. I was struggling. I was slipping and sliding.

“My gait was just off. I hurt my hamstring about five weeks ago. It’s like a miracle I even came here – running with a bum hamstring,” lamented Herron. “I gave it everything I had. I had nothing left.”

Conversely, Wang, who moments after finishing said, “I’m so happy I think I’m going to cry,” was prepared and ready for a solid effort getting lots of motivational tips from her coach Mario Fraioli who she started working with in January. “Mario told me to run within myself and believe in my training, that I’ve done the work and to keep it together…and to eat as many GUs as possible – I think I ate 12-15.

“This is the first time I’m doing ultras with a coach,” said Wang who boasts a 2:38 marathon PR. “A coach helps with structure. Hearing an objective viewpoint from a knowledgeable coach is positive. I also like the tough love.”

At Sonoma, Wang said she worked to keep her effort level sustainable. “Even if I was moving slowly, I was moving. I was afraid of cramping if I walked. I kept shuffling up the hill. The last mile was such a bitch – I said to myself ‘more hills, WTF.’”

Her favorite part of the course was between the turn around and mile 40. “I knew I was catching Camille and I had Paul (Terranova), close to me and that helped, but for a lot of the way I was running alone. I loved the rolling single track – it was so fun.”

Wang added, “My coach prepared me really well. I felt so much more confident with my plan and fitness.”

Another benefit to her preparation was some recon on the course. “I came out a couple of weeks ago to do a training run and check the conditions,” said Wang. “A lot of the course was more runnable today.”

The Western States tickets for the women went to Wang and Flynn as Lickteig previously earned her spot with a top-ten finish at last year’s Western States 100.

In addition to the Western States prize up for grabs, the top male and female earned a spot on the US Trail Team, which will compete at the IAU Trail World Championships in Portugal this October. Both Walmsley and Yang enthusiastically accepted their spots. Full selection criteria can be found here.

Lake Sonoma also hosted the second USA Ultra Team Invitational, a team scoring event designed through the efforts of USATF’s Mountain, Ultra, Trail (MUT) council’s executive committee to provide an opportunity for elite-level competition by brands who sponsor athletes in the US and abroad.  There were initially three complete (up to five with the top three scoring), men’s teams and two complete women’s teams, but with some athletes either not starting, or dropping during the race, there were just two men’s teams and one women’s team scoring in the final results. 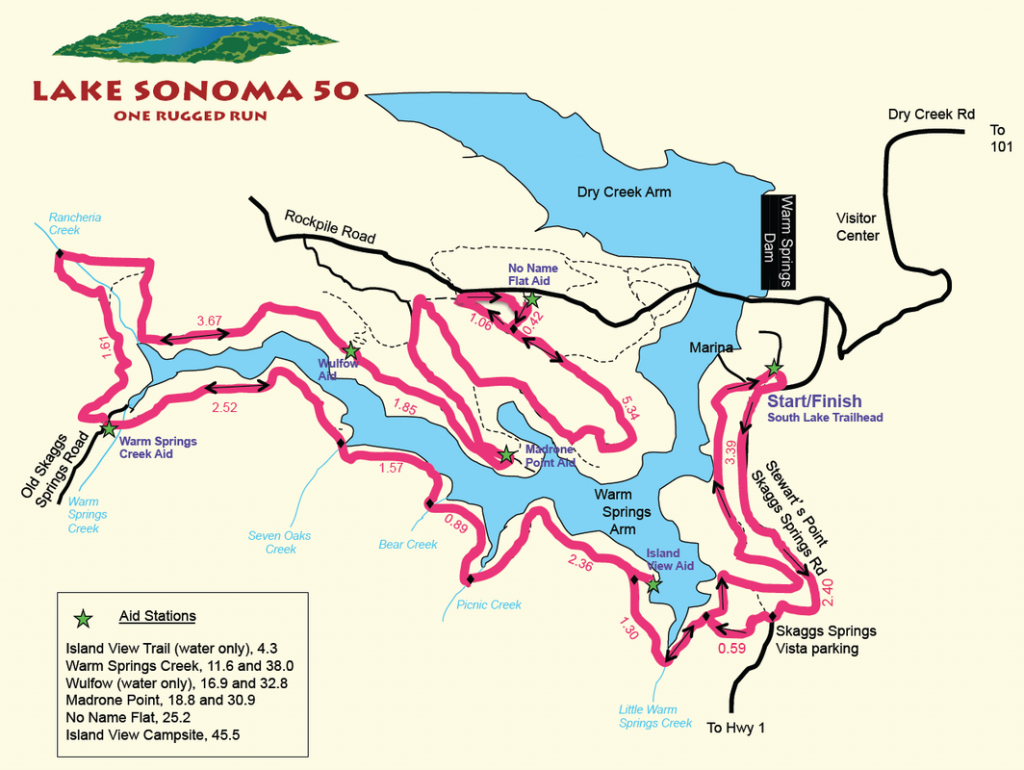 On the women’s side, Team Nathan earned bragging rights for Julia Stamps-Mallon, Camille Herron, and Emily Harrison. Team Salomon did not score. Results from the inaugural USA Ultra Team Invitational, held at The North Face 50 Miler in December 2015, can be found here.

Photos and additional details can be found here.