2016 has been a busy and exciting year for Team Freeplay. The 11-woman team has logged over 60 races this year with over two months still to go! We are excited to have four women representing Freeplay in Kona this year. Here are our women racing the Ironman World Championship on Saturday. 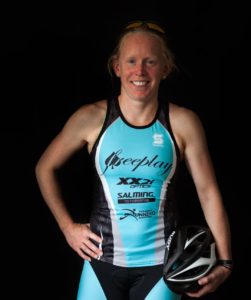 Kona Qualifying Race: Wisconsin 2015
Favorite Discipline: The run, because it sucks for everyone, so you just gotta keep moving slightly less slow than other people.
Race Motto: Just keep keeping on.
Best Piece of advice for Kona I Received: My coach told me to just keep keeping on, which is my motto for the race now. And a friend told me, which I think is good advice: don’t swallow seawater, don’t get sunburned, don’t run hard until you feel good.
After the race I plan to: Drink, heavily. Also do karaoke.
Fun Fact: I had never been to Kona, ever, until last Friday. I kind of thought everyone was exaggerating about how hot and windy and terrible it is. They weren’t. 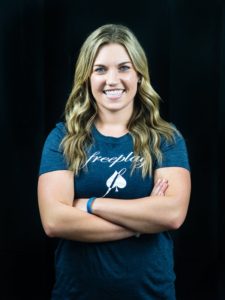 Kona Qualifying Race: Ironman Canada
Favorite Discipline: The run, because it means you’re almost done!
Race Motto: smooth is steady, steady is strong, strong is fast.
Best Piece of Advice for Kona I Received: “Enjoy every minute of the race and soak in all the magic of World Championships in Kona, it’s an opportunity many don’t get to experience.”
After the race I plan to: Sip on pina coladas, eat pizza and cheer on the other racers until midnight
Fun Fact: I’m most excited to share this experience with my family and two of my best friends. It’s the first race we will all be at together and I know with their support I’ll be able to get through this tough race, that is “a different kind of beast”. 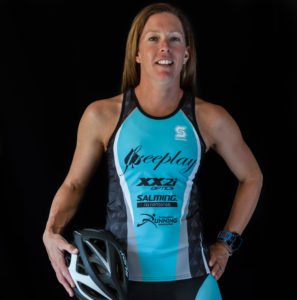 Kona Qualifying Race: Ironman Wisconsin 2015
Favorite Discipline: Run
Race Motto: Believe
After the race I plan to: Not wake up at 2:30am for a bike or a run like I did training for the Ironman World Championships
Fun Fact: My 4 kids have watched me finish 6 of my Ironman races online but all 4 will be cheering for me LIVE in Kona 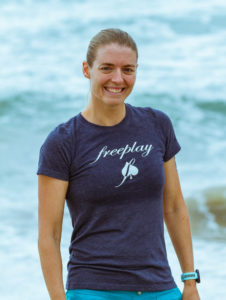 Kona Qualifying Race: Ironman Canada
Favorite Discipline: Swim (I can’t wait to swim with the fishes in Hawaii!!)
Race Motto: Fast is Relaxed
Best Piece of advice for Kona I Received: Enjoy the experience and soak it all in… you only get one “first Kona”
After the race I plan to: Go see lava flowing into the ocean
Fun Fact: Three years ago, I went to Kona to support my friend Amy who was racing her first Ironman World Championships. This year, we swapped places and she’ll be in Kona supporting me. I’ll be fortunate to have an amazing support crew out there on race day, including my husband, parents, coach, and friend Amy. I can’t thank them enough for all their support!

To read more about Team Freeplay or to apply for Freeplay 2017 visit www.teamfreeplay.com