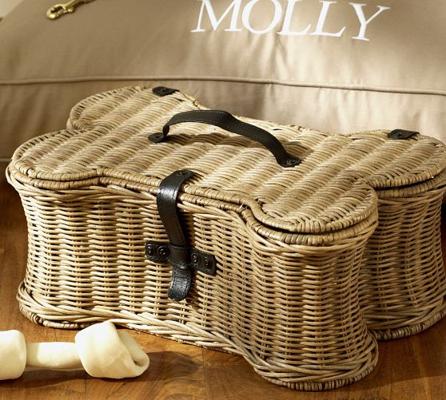 “If you can’t fly then run, if you can’t run then walk, if you can’t walk then crawl, but whatever you do you have to keep moving forward.”—Martin Luther King, Jr.

That was me during the run portion of the Auburn Triathlon. I did manage to keep running, but just barely. I was definitely not flying. I just kept telling myself “move forward. One step at a time. Finish line gets closer with each step. Just keep moving forward.”

I’ll back up a bit and start at the beginning. This was my 2nd year doing the Auburn International Triathlon, last year I won overall female and I was a bit nervous coming into this race with such high expectations. I knew I was stronger than last year (thanks to The Ranch Athletics) but I was pretty sure I wasn’t as fast as last year. I recently came back from a back injury and I didn’t have as as much speed work under my belt. But I know the course well since it’s right in my backyard. I was able to get a couple rides in on the bike course, and a run in on the run course, and I figured if I kept going in the right direction on the swim that would give me a couple extra minutes off of last year’s time (always a bonus to not go the wrong direction!).

The swim: I stayed on course! But the course was set a bit long so my time ended up being the same (that’s my story and I’m sticking to it). At the start of the swim I bumped into my friend Flor a few times, wanting to say “sorry” but hard to do when swimming. Luckily that was just for a minute or so then the pack spread out. But, with us ladies being the last wave, I had to swim through some of the men from the wave ahead plus some of the long course athletes. A bit of zig-zagging around others while still trying to keep the straightest line possible to each turn buoy (aim for the middle of the buoy Chris & Jeff of Boost Swimming always say). At the end of the swim it bottlenecked to a narrow boat ramp and I had to wrestle my way in to get around a dock. With my time being slower than I expected (not realizing the course was long) I opted to not put shoes on for the ⅛ mile run to my bike, so I carried them to my bike. My wetsuit didn’t quick unzip like usual, then taking off my goggles while running I juggled my swim cap and eventually dropped it, and then my timing chip fell off when I pulled my wetsuit off. I had to string it back on my ankle timing strap (and take the safety pin off that was supposed to prevent that from happening). That plus stuffing the transition bag with everything (towel, wetsuit, cap, goggles, shoes) I felt like a fumbling mess in transition 1! I’m sure anyone watching was thinking “bless her heart.”

The bike: So I’ve mastered the flying mount, but I haven’t mastered the “putting on of the shoes while on bike” part. But luckily I kept rubber side down and got them on before any climbing. For some unknown reason I decided to not bring water, I had just one FLUiD bottle and a couple shot bloks. But right at the start I was thirsty for water and electrolytes did not sound good. It was all I could think about, well that and knowing Flor was coming soon. Which she did, she caught me early on (dang her getting better at swimming!) and I just tried to keep her in my sights but that didn’t last long on the steep curvy climbs. About mile 6 I came across Flor on the side of the road trying to fix her bike, I asked if she needed anything but she just said “no! go go go!” Having mixed emotions I kept going and realized I might have a chance for another win! A few miles before the turnaround I got passed by Dana, then after the turnaround coming back I saw Flor not far behind! I decided right then it was time to step it up, so I pushed harder and quickly passed Dana back and dug deep and kept the lead into transition 2. Flying dismount went smooth but the parking lot was ouchy on my bare feet! Glad I picked a rack close to the dismount. Oh and there was water on the bike course! Much appreciated!

The run: sufferfest. It was hard. I was “running scared” with Flor close behind. Apparently I managed just grunts to my friends cheering, I truly tried to smile and say thanks but I think it just came out as “uggggh” with some added drool and snot. Just one foot in front of the other was all I could manage. I did eventually make it to the finish line and my sweet daughter ran across with me. Which probably was the highlight of the race for me.

So I squeaked out another overall win! I was slower than last year but no back or leg pain!! I couldn’t have done it without all my amazing support plus my team sponsors. Thanks to my Freeplay Sherpa hubby (he has the shirt to prove it), my coach & Freeplay team leader Stephanie Artis, Freeplay magazine, The Ranch Athletics for making me stronger and injury free, Hoffart Chiropractic for figuring out my many many alignment issues and fixing them, Salming (I did this race in my trail shoes, love them!), Boost Swimming, XX2i, Rudy Project, Nature’s Bakery, FLUiD (had the new cinnamon vanilla recovery waiting for me after the race, YUM!), Sacramento Running Association, & Folsom Bike.

Top 3 woman Auburn International: me (with my daughter), Flor, and Dana