Many of the Americans competing in Sunday’s race will represent the United States on Feb. 1-2, in Hoogerheide, Netherlands at the 2014 UCI Cyclo-cross World Championships. 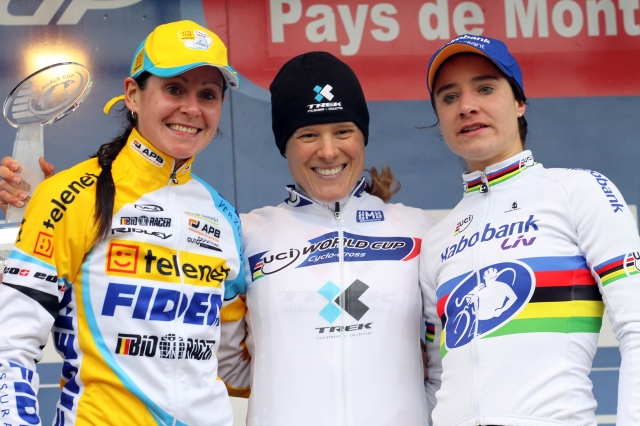 Each of the three American finishers of the elite women’s race placed within the top 20 of the field. Antonneau produced a top-10 result by finishing seventh in the Nommay race. Antonneau completed the race 2:54 behind the winner, Marianne Vos (NED), who stopped the clock at 44:16. Helen Wyman (GBR) claimed the silver medal after finishing 1:32 behind Vos. Eva Lechner (ITA) earned the bronze medal after finishing 14 seconds behind Wyman.