Jessica Smith Reflects on her Strong Finish at IMCDA 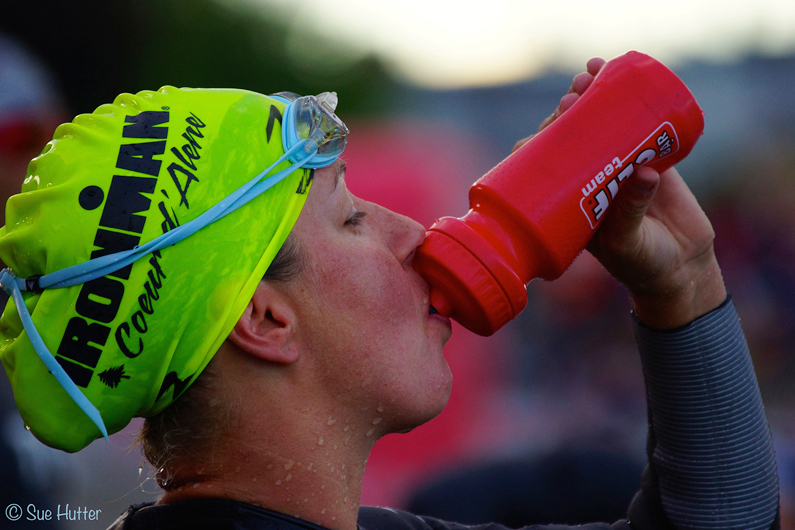 Freeplay caught up with professional triathlete, Jessica Smith, to learn how recent changes to her training helped prepare her for a top 3 finish at Ironman Coeur d’Alene(IMCDA). Smith recorded the 2nd fastest swim, 2nd fastest bike split and ran a personal best for the 26.2 mile run.

Freeplay: Congratulations on a top 3 finish at IMCDA!
Thank you!!

Freeplay: At the end of November you announced you decided to make a coaching change and returned to working with Tim Sheeper. IMCDA was your first IM since this change. How was your training leading into this IM different than previous ones?
Smith: Before working with Tim I was focused on short duration, high power and intensity work. While I was getting faster and stronger, because of my full work schedule, I wasn’t able to add the volume I needed to be successful at Ironman without getting sick. At first Tim and I cut down on the power and intensity, so I could build back my endurance. I did a lot of 6 hour solo rides and 2+ hour trail runs. Over time we began adding back more intensity, including weekly track sessions, tempo runs, and high power trainer sessions. The biggest change, though, was really attending more team workouts with Team Sheeper, the tri team Tim coaches in Menlo Park. There are a lot of great athletes on the team that really push me on the bike and run and force me to get the best out of myself at every workout. Not only did I start to see big gains training with the team, I was having a lot more fun!

Freeplay: Do you feel the changes that he made and your decision to a change coaches increased your confidence going to into this race?
Smith: Working with Tim, and my other two coaches, Mike Osmond, and Ian Hersey, has definitely helped increase my confidence. These three have given me pretty monster workouts that have increased my confidence just by my being able to complete them. We approach every workout and race from a positive place – and there are no setbacks, just learning opportunities. Over the past 4 years all three have not wavered in their belief in me, even if I have. They are so uplifting that I can’t help but believe in myself.

Freeplay: You had a strong swim(2nd fastest) exiting the water only 45 seconds behind Kelly Williamson and just in front of Heather Wurtele. Was the plan to stay with the swim leader(s) or let her go knowing you can put together a good bike leg?
Smith: My swim plan was to use the first couple hundred meters to break away from the main pack and then settle into a really comfortable pace, leaving plenty of gas in the tank for the bike/run. I knew I could swim close to the front and only just missed grabbing Kelly’s feet from the gun. I decided not to chase and was really happy to trade leading with Heather and come out in 2nd. 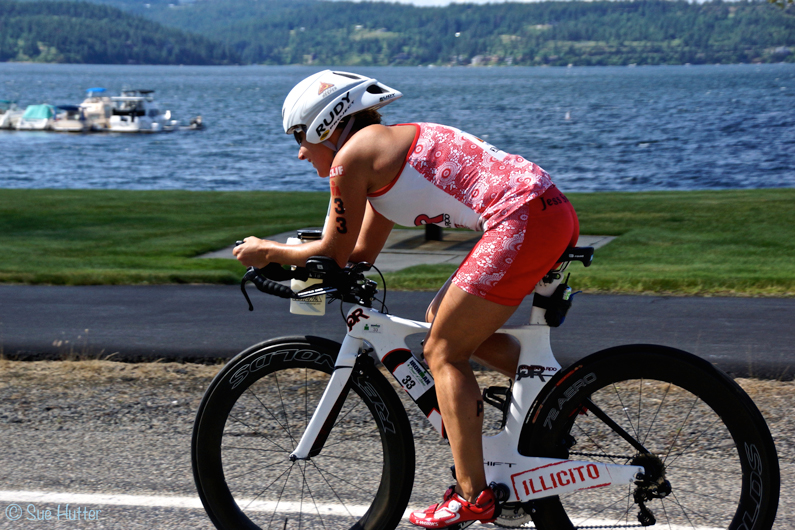 Freeplay: In addition to having the second fastest swim you also had the second fastest bike…congratulations! In the past I know you have had some problems with cramping and nutrition on the run. What do you think made the difference today that allowed you to have a PR run after posting the 2nd fastest bike split in the pro women’s field?
Smith: I was definitely lucky to have great weather in CDA. I train in the bay area where it rarely gets above 80 during my workouts. While I am able to train outdoors most of the year, I don’t really have access to heat training and I’m a super sweater – hence the dehydration issues at Wildflower and Honu. CDA was a super comfortable 70 degrees on race day so it was easy to keep the electrolyte balance in check, although that was a huge focus throughout the day. I also made sure I did not ride above my power target early in the bike, which is easy to do when you are fresh and feeling great. Since I rode alone for about 90 miles, I was able to focus completely on my hydration, nutrition, and power, which set me up well for my run.

Freeplay: Where can we can expect to see you next and what are the plans for the rest of the season?
Smith: Right now the plan is to head to Lake Stevens on August 17th and Ironman Wisconsin on September 7th. I get a couple weeks of recovery first, time to spend with my family and friends, but then it’s back to work.

Freeplay: Lastly I heard you and your husband, Mark, celebrated with a white water rafting trip in Montana the day following the race. How important is it for you to have him there with you at these events?
Smith: My favorite races are the ones where Mark can be with me. He’s not a triathlete so being together during race weekend gives me a little break from the ‘all triathlon all the time show’ – although he might still think that’s all we ever talk about! I always get such a huge boost when I see him out on the course and it’s extremely special to share big moments with him – like my first pro podium. I’m also aware that it’s a pretty big sacrifice for him to use his vacation to see me race in random locations. We try to schedule other activities that he might actually enjoy as well – like whitewater rafting in Montana. It was so much fun to take off the morning after the race and do something fun together that I had never done before, even if I was a little sore and tired! ///FPM 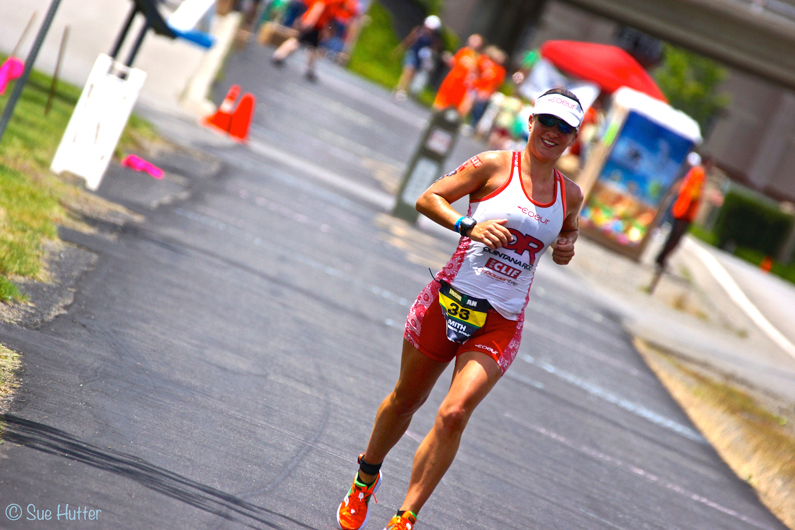