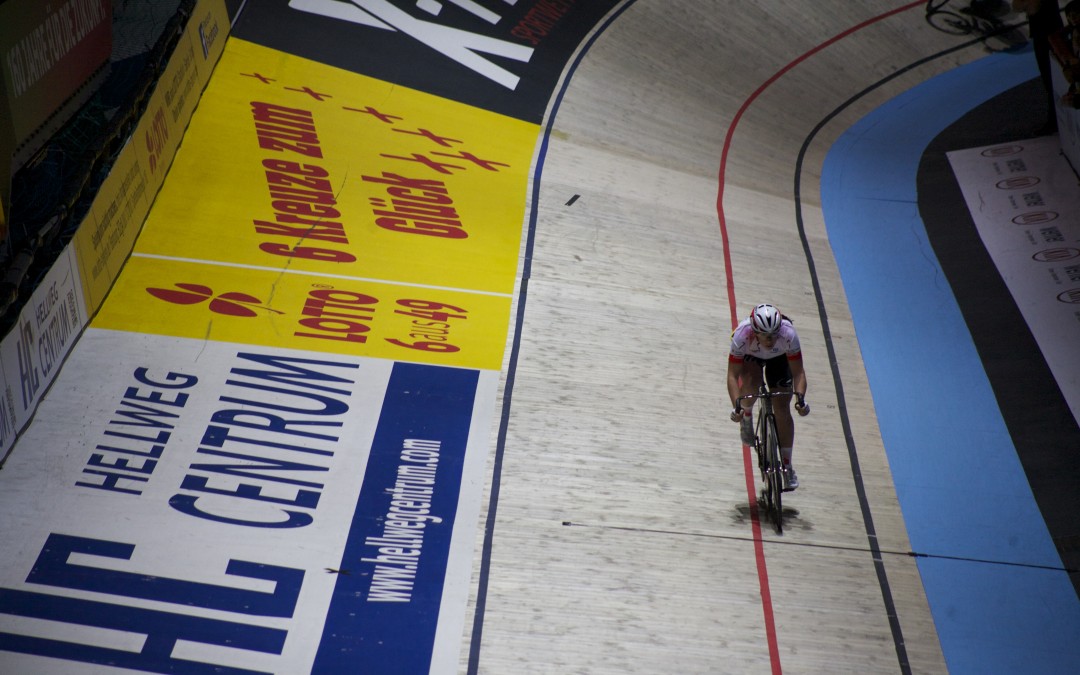 Having had my first taste of six day racing last year in Firenzuola, Italy There are only a few six days on the calendar starting in November spanning to February. I was happy to be invited to participate in the Bremen Six Day and the Berlin Six Day. 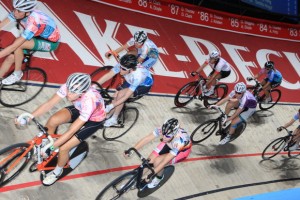 Bremen kicked off with a UCI Scratch race, followed up by a points race where I was crashed out. Sprinting on the track involves a lot of jocking for position and rubbing elbows. Whether we like it or not crashing is part of the sport. This was my first race since breaking my back back in September and I was a bit nervous about getting back to track racing, the fear of crashing and/or doing further damage. I think crashing was good for me mentally. The best thing you can do is pick yourself up and go at it again. 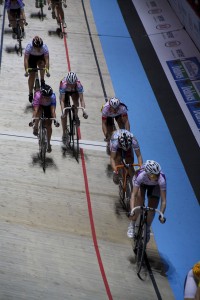 Derny racing is where they have ‘heats’ or groups of riders on the track at a time. Each rider follows a designated derny. Drivers are assigned at random. I spoke with my driver briefly before the event. Since we don’t have derny racing in America I wanted to learn as much about the event as I could before the start. My driver instructed me to yell out ‘OH’ once if I wanted him to hold pace, ‘OH OH’ if I needed him to slow down and ‘OH OH OH’ if I was done. As he began to walk way I asked what if I need you to go faster? He shook his head and replied, ‘you won’t want that’.

I’m happy to say he was wrong. The race was 40 laps and with 12 to go and the other riders in sight I began to yell ‘ALLEZ’ and began to catch riders. Being behind the motor traveling that fast, on that short of a track, I began to lose my sense of awareness- which straightaway was the finish? 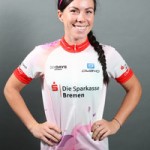 Never did I have to lean into the bars as much as during this race. I had started in the last position and was able to move up to 4th. It was a blast, I really wish we had this race back at home.

The weekend had its highs and lows, but as they say- there’s never really a bad day on the bike.
I am grateful for so many things: the opportunity to be racing at this event, my sponsors for helping me get there, my family and friends for believing in me. Not enough can be said about the support from the ones you love. Thank you. Now to gear up for Berlin!