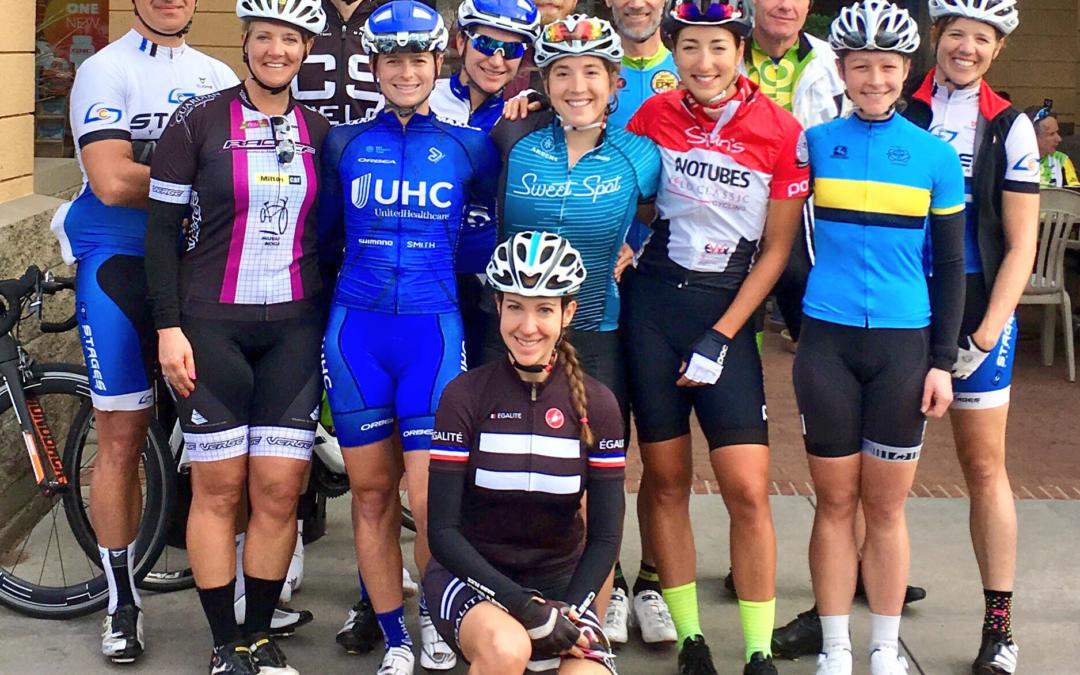 As with most great ideas and projects, the Homestretch Foundation began with someone reaching out, taking a leap of faith and deciding to go for it. Perhaps it began when Kathryn Bertine—a renowned filmmaker, author and former pro-cyclist—was approached by future business partner Tom Bailey, inquiring about her current projects. Or the concept may have been born when 17 female athletes who were traveling from seven different countries representing four different sports filled out housing applications with hope and uncertainty. Whatever path led to the establishment of the Homestretch Foundation, it all began with a common theme that is simple in theory yet difficult to do: Just ask.

To be specific, The Homestretch Foundation is a non-profit organization, based in Tucson, Arizona, with the intention to purpose of providing free housing to low-income professional (and elite) female athletes, as well as advocating to eliminate the the salary discrepancies faced by women in sports, among other goals. According to the Homestretch Foundation, the Union Cycliste Internationale (UCI, the governing body for cycling) allocates to men a base salary of $35k euro. Yet according to the UCI, professional women of the same rank don’t deserve a base salary. Because there is no base salary for women, many female professional cyclists are earning less than $10k annually, working additional jobs and still struggling to pay for basic life expenses.

For athletes who receive assistance from the Homestretch Foundation, they are asked to give back to the local Tucson community with whatever experience, knowledge or passion they have, such as through volunteering at El Grupo (a local junior cycling team), giving nutrition talks or hosting group rides. 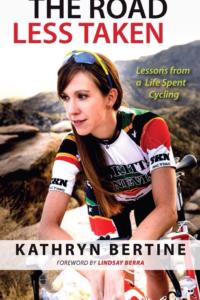 The concept of the Homestretch Foundation was planted in Bertine’s mind long before she was a professional cyclist, before her documentary “Half the Road: The Passions, Pitfalls, and Power of Women’s Professional Cycling,” and before she petitioned for the women’s edition of Le Tour de France, La Course.

“I got a call from some friends saying, We know a cyclist coming to Tucson to train. Do you have a spare couch or bed she can sleep on?’” says Bertine. “But then when I found out it was Lauren Hall who was a reigning National Champion and somebody [who] so many aspiring pros looked up to, that this was somebody who was struggling to find housing, a place to live affordably, I was blown away.”

That was in 2010. Fast forward a couple of years, after Bertine had climbed the ladder and found herself with a professional contract, and she found herself in the same situation as Hall and many other professional female athletes, struggling to support herself.

“I vowed to myself [that] if I can get back on my feet, I want to help other people who are in any sort of financial struggle while they’re trying to live their professional cycling life,” explains Bertine.

She then formed the business plan for Homestretch, but in the midst of her career as a pro-cyclist, the idea didn’t develop any further. This would be a project she could bring to life in the future, she thought. Then in 2015, she was approached by Bailey.

“Like a lot of the greatest things in life, it was very random,” explains Bailey. “I was looking to do some projects in the bike industry, and since that was a new adventure for me I was looking to connect with people [who] I thought were interesting in the bike industry. … [Bertine] seemed—based on some of the things she accomplished with respect to La Course and her overall career—a good person to potentially talk to about getting into the cycling industry, and I was fortunate enough that when I reached out to her, she responded right away.”

The duo met frequently and soon the idea of the Homestretch Foundation began to form into something tangible. The next step was to look for homes. Eventually they happened upon the house that would become the sanctuary Bertine envisioned. But just as Bertine and Bailey were deciding to close on the house, the sky came crashing down. 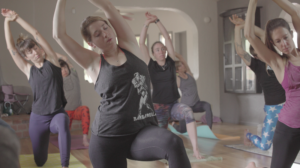 “When I got the news, I was on my way to the airport on a business trip, and it was one of those mental connections where something was not right,” says Bailey. “I had wished her good luck and hadn’t heard back. I wasn’t thinking twice about it, but something was odd,” he says. “Then I heard from our realtor, who was a good friend of [Bertine’s], that there had been an accident.”

While competing in Mexico, Bertine had been involved in a horrific crash that left her hospitalized. With Bertine in and out of hospitals in Mexico and the closing date on the house nearing, Bailey had to make a decision.

“I feel when it came time to make the decision to close on this place and put a project around it or not,” he explains, “I think it was just an instinct. I had a feeling that for some reason, given how it had gone at that point, that this was something that was meant to be and that it would work out one way or another.”

So Bailey purchased the house and Bertine has since made a full recovery. Today the concept of the Homestretch Foundation is a reality and it’s already making a difference. Women can now go to Tucson to train and race, and they are able to do so without the burden of paying for their housing needs.

“We are seeing them going to races and doing very well,” says Bertine, “and while it doesn’t have to do with whether or not they win races, it has to do with the fact that they are better where they are now than where they started.”

UK native Emma Grant of Team Colavita has been a resident at Homestretch for a couple of months. Recovering from an iliac artery surgery, Grant sought out Homestretch to focus on healing and rebuilding.

“The Homestretch is dreamy; a bubble where you can focus solely on training and recovering,” says the Oxfordshire native. “[Bertine] and [Bailey] have everything covered. They have put in a phenomenal effort to ensure we have the support we need during our stay—all the little things! We are all made to feel so welcome and looked after; it is refreshing. Elite sport can be cutthroat, [so] having this level of support is invaluable.”

Support garnered from other Homestretch residents is equally appreciated. Athletes bring their experiences and knowledge to the table and share them with great satisfaction, knowing that they are helping raise the level of competition. 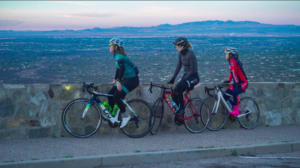 Francesca (Frankie) Sanjana, a triathlete who was a resident in March, says, “I have been amazed on an almost daily basis by the kindness and generosity shown by [Bertine], Peter (Bertine’s father) and [Bailey]. The stay has been one of those experiences that restores your faith in humanity. Everyone has been great,” Sanjana continues, “and it’s been a really interesting experience for me to live with people in a different sport and learn from their knowledge and background.”

“Every day I am blown away by the camaraderie that this house has brought together,” Bertine adds. “These were all individuals [who] applied, not a team. You are getting a house filled with individuals who are strangers to one another. It’s the most beautiful thing to not only see these women thriving in their training, but they are making friends,” she says. “They are making lifelong contacts, and we thought that would take years to settle in. We are blown away by these athletes and what they are creating is going far beyond anything we ever hoped for.”

The Homestretch Foundation is symbolic of all things typically associated with home: comfort, stability and family. But while it strives to bring solace to female athletes, many of whom struggle to support themselves in pursuit of sport, it also stands for change. Besides helping female athletes with housing, Bertine is working behind the scenes to change the landscape of women’s sports by “creating the understanding that we wouldn’t need the housing to host female pro athletes if they were guaranteed the same base salary as the men.”

Bertine envisions that, eventually, the focus of Homestretch will shift. The hope is that one day, female athletes won’t need the support of the foundation because they have been given a base salary. Instead, the focus could be on developing young or elite athletes, to help them make the jump to the professional ranks. But for now, Bertine explains, they are working on changing the rules that are stifling to women’s cycling because they don’t want to simply be a Band-Aid.

During the process of building Homestretch, there were myriad uncertainties. Through it all, however, there is one overarching certainty: Homestretch Foundation would not have come to life had the people involved hesitated to reach out. As Winnie the Pooh famously said, “You can’t stand in your corner of the forest, waiting for others to come to you. You have to go to them sometimes.”

Under the blue skies and cacti-speckled hills of Tucson, Bertine, Bailey and the Homestretch residents are a force to be reckoned with.