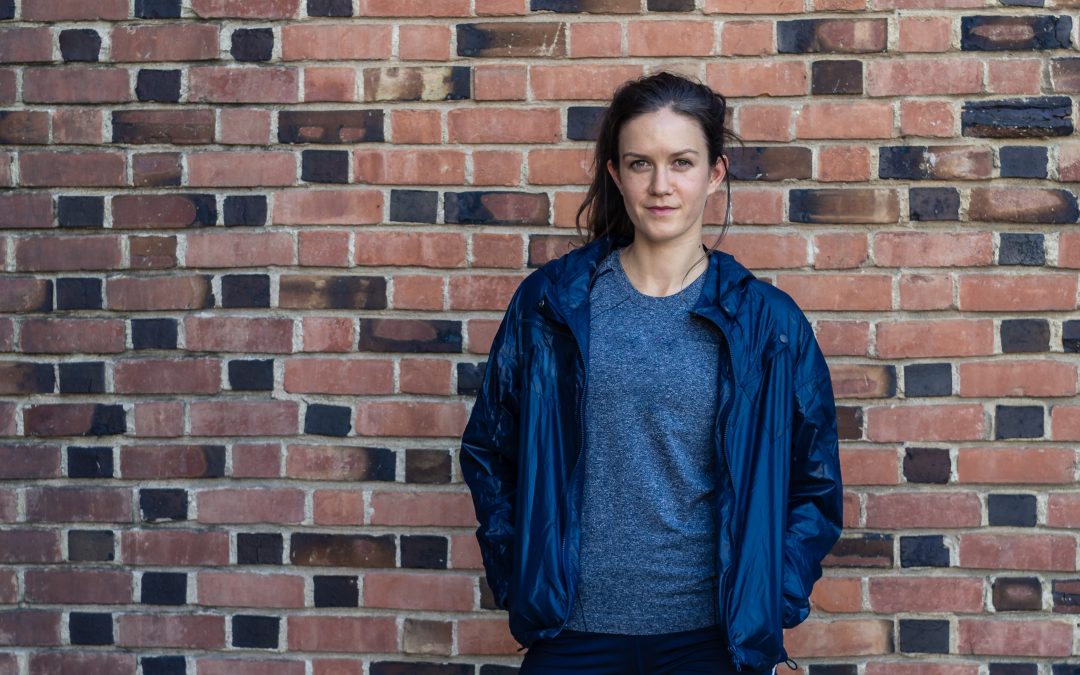 At the 2012 Olympic Trials Kate Grace was fresh out of Yale, newly signed with Oiselle and running for NJNY Track Club.  A bright new star-speculation on the scene. Over the past four years, she’s established herself as someone to watch at the 2016 Olympic Trials. Just last week she placed second to Alysia Montano in the Prefontaine Classic 800.

Kate is a laser focused competitor, who races with a natural cool, calm, confidence in her strategy. Watching her execute a race plan is a thing of beauty. And off the track she’s one of the most thoughtful, intelligent, hilarious and quirky humans I’ve ever known.

I cannot wait to see her tear that track apart this July at the 2016 Olympic Trials in Eugene. But first time to catch up with Kate!

In 2012 you would joke about how little you knew about the professional running world. Four years later, do you feel like a seasoned pro?

In some ways I do. I can now give advice to younger athletes. Although, a lot of the time it’s, do what I say, not what I did. Though in other senses I can still feel like an outsider. Being injured and off the map for so long means I might not have as many connections with people on the circuit. And I definitely haven’t had as many race experiences. But, maybe it’s human nature to never think you fully fit in.

A lot has changed for you since the 2012 Olympic Trials. Training groups and coasts specifically; do you 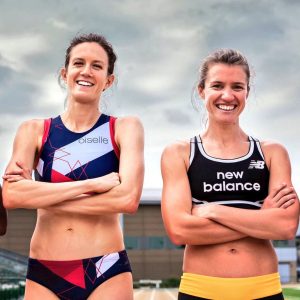 Yes. Not that I wasn’t in a groove in other places. But one of my biggest areas of growth in the past few years is learning how getting in (and staying in!) that groove or flow state requires effort, and a conscious understanding of your own needs. I have gotten better at shaping my environment, my support team, and the structure of training. The structure of the NorCal group and Drew’s method works really well with me as an athlete.

Highest high in the past four years?

For a while I would have said one of the races from my 2013 season. Breaking 2 minutes in the 800, or winning the Road Mile champs. I’ll change that now. Highest high would come from the last few months. Either a workout or a good race. I feel like I’ve made such a comeback, mentally and physically. The knowledge that I did that, that I was able to pull myself up from being down and out (and ask for help!), gives me this awesome, low key buzz that’s been there for months. So, maybe that’s not a “high”, but I’ll take sustained momentum over a one-time spike any day.

Probably somewhere in February-April of 2015. Injured, scared, unsure where to turn. 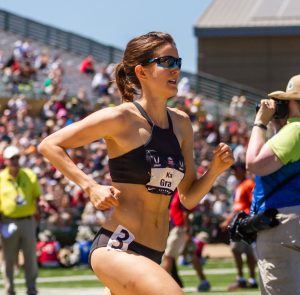 What does a typical day look like for you?

The year is very much set in blocks. So, there isn’t so much a typical day that repeats for 52 weeks, but rather a day typical for that time of year (fall base training, altitude camp, spring training, racing season). Each portion I find is different, from how much sleep I need, how early I rise, how many other projects I’m taking on, the difficulty of practice and recovery. Even the timing of practice. Switches can be a bit jarring, but I do like how it breaks up the monotony of training, and gives me little blocks on which to focus.

You dealt with a frustrating foot injury last winter, it was so exciting to watch you crush that return race indoors. How did you feel?

Amazing. Like I had been given a challenge that I wasn’t sure I could overcome, and I did. But, like I said in the last question, it wasn’t really that race, more the months leading up to it, starting when things finally turned in October/November, that were just a sustained good feeling.

Hardships are often where we learn the biggest lessons, did you take away anything useful from those months?

So many lessons! I think I grew up a bit. It finally clicked that no one will ever believe in me as much as I do, and it’s up to me to hold myself accountable to the highest standards.

How did you keep your head up and your eyes on the ultimate goal? 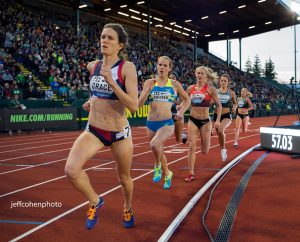 I didn’t. It’s a combo of eyes up and eyes down. Analogy time! If you’re climbing a mountain. You could look at the top the whole time and just point that way. But you could also start at the bottom, and look at the area right around you, and just always follow where the ground is going up.

Last year, a lot of decisions where just… I need to make small (or big) improvements right now. I know there is a peak in the distance where I’m headed, but it’s more on the back burner. I need to just focus on what I can see. At least in the depths, that was a helpful strategy for me.

(caveat! In this mountain climbing strategy, you have to make sure you have positioned yourself at the bottom of the mountain. If you’re just at the bottom of a false hill, you’ll get to the top of that and think you’ve made it. A long term goal check is necessary every so often to make sure you’re still on the right path, haven’t gotten too comfortable or stopped too early.)

I mean injury or not, I’m fascinated by how pros look at that ultimate goal on the horizon for four entire years. How does that look to you? Do you break it up by seasons? Other goals? Is it always clear, or is it fuzzy?

Um, I think different people have different things that work for them. See mountain analogy as one idea. Breaking it up into process goals really works for me. Season by season, race by race. I mentioned earlier that our year is broken up into different training blocks, altitude camps, racing stints. Each of those is an opportunity to put in a very focused block of work, knowing that at the end, there is going to be some reprieve or variation.  I love the motto of passionate dedication to short term goals. The long term goal of an Olympic Team was fuzzy for a long time. I was just trying to make small improvements to get myself in a good position. This year it has been much more in the forefront of my mind.

The middle distance field has changed in the past four years as well. What (or I guess who) do you see as the biggest shifts?

The US has been having resurgence in the middle distances. People are pushing each other to better times. It makes it a fun time to be a part of the action.

I will enter in both.

Do you favor one?

I like them both! I have been working a lot on mental game for the 1500, which has been fun. It used to feel over distance for me, but with more and more strength work, I’m coming to own it as another primary event.

Can you talk about your race rituals? What does your race eve and lead up look like?

I go into a quieter place before races. I don’t like too much socializing or activity. I’ll have dinner with a few teammates. Always try to laugh and really enjoy myself… not let nerves take over. We stay in hotels, I take full advantage of lounging and TV watching opportunities. I tend to avoid news or lots of social media.

The day of a race, I have a schedule that counts back from start time. When I’ll leave, when I get ready, eat, shake out, etc. It’s really helpful to be able to go into automatic mode, not have to think about any logistics. (Nerves can make simple decisions seem difficult). I am not married to any foods. I have stuff that I prefer, but it can change depending on what is available. Just clean/healthy option.

I have a few affirmations that I say to myself throughout the day. And right before I warm up, I close my eyes for ten minutes and do a meditation visualization, I breath this blue fluid/light throughout my body. It’s weird, I came up with it in highschool and have done it ever sense. 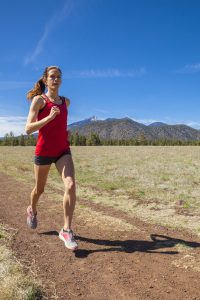 Do you have a pump up jam?

Do you race with a mantra?

Fortune favors the bold (one of many!!)

Okay, obviously top three in the final is the ultimate goal, but other than that what does success look like to you?

No regrets. In the moment of truth, did I go for it?

Thanks to Kate for taking the time to give us this glimpse into the last four years and the build up to Olympic Trials 2016. Watch her chase down her Olympic dream this July. Streaming live at USATF.TV. And follow the Freeplay Magazine Olympic Track and Field Trials leadup with #tracktuesrio.