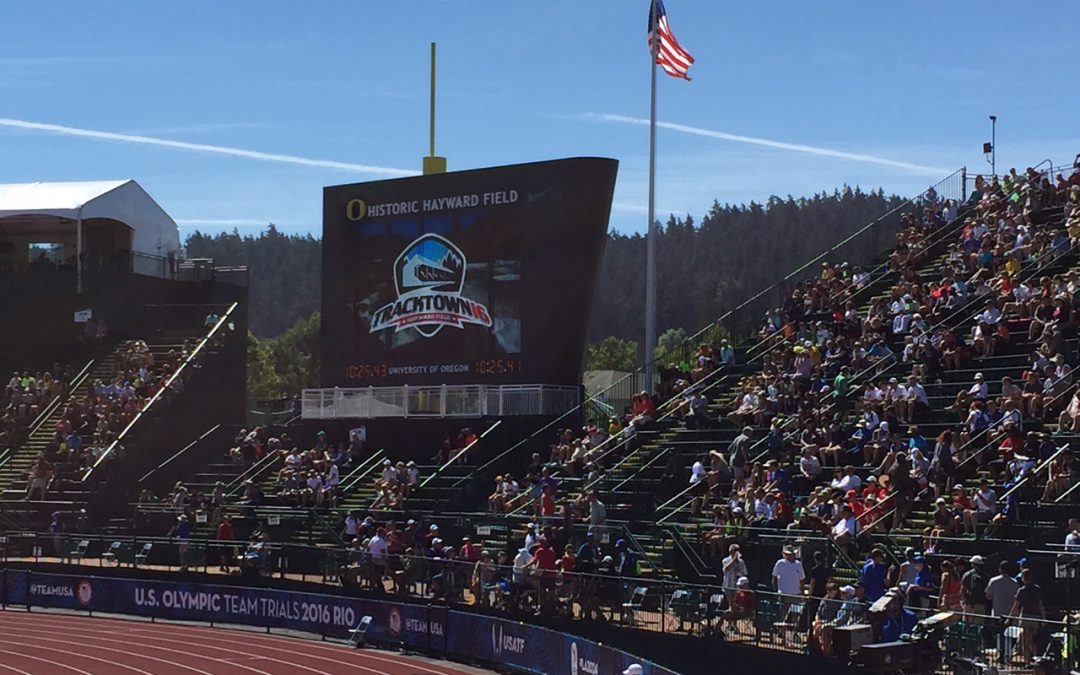 I left Hayward Stadium after the second of competition feeling proud. Not of myself but of the athletes competing. Proud of the athletes that will be representing us at the Rio 2016 Olympics next month, the ones that raced these past two days but will be watching the Olympics from home and the ones that hit their first big milestone by competing in their first Olympic Trials.

The running events got started today with the 10,000 meters where Molly Huddle essentially lead wire to wire to capture the 2016 National title and her second Olympic berth. It was impossible not be impressed by her confidence and fitness today. But there was so much more happening in this race that showed the true spirit of the athletes on the track.

From Kim Conley, 2012 Olympian and a race favorite, fighting lap after lap to latch back on to the lead pack after a shoe mishap to mom of two Stephanie Bruce’s determination all the way to the finish line despite struggling with injuries late in the season, this race was inspiring on so many levels. And let’s not forget Kate Grace’s surge from the back to claim a spot in the 800 finals or Brenda Martinez’s sub-2 minute performance in heat 2 of the 800s.

With only two days complete there are lots of events and finals to still be contested but there is already so much to be proud of. So many women have shown they were not afraid to try. I am definitely looking forward to what days 3 through 10 have in store.

We caught up with first time Olympic Trials athlete, Dominique Jackson to hear more about her race, the rest of her season and goals beyond 2016.