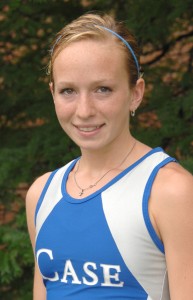 You recently cracked the top 10, placing 9th at the USA 20K Championships in New Haven, CT. Can you walk us through that race? What contributed to making it a strong showing for you?
I’ve had some major life changes in the past few months, so it was a huge relief that the 20k went so well. I knew it was going to be hot and humid, so I braced myself for the weather and aimed to run a smart race. I had done a workout in similar conditions on the Wednesday before, and knew that my threshold pace was about 15 seconds slower than it normally would be, so I adjusted accordingly in the race, too. Within the first mile, I found Caroline LeFrack, who is going to be a teammate of mine in a month since I will be joining the New York Athletic Club’s local road racing team. I introduced myself and told her that I’d like to work together and wanted to stay conversational through half way. We stayed together, keeping up the short conversations, and around 7 miles, I pulled away from her and passed 5 other great female athletes from that point on. It was really exciting to be able to execute a plan like that.

After several years abroad post-college, you came back to US soil and trained with the Zap Fitness Elite team. You recently relocated to New Jersey. What are you taking from your experience both abroad and at Zap into your new location?
My experience at ZAP was amazing. I learned so much from Coach Pete Rea, my teammates, and the environment. There are so many reasons why I stayed there for three years, but in the end, I felt like it was time for me to add something else outside or running back into my life equation. I decided that I wanted to get a job as an assistant college coach, and was incredibly fortunate to find a part-time position with Rider University’s distance program under Head Coach Bob Hamer. Prior to ZAP, I was an assistant English teacher in Austria for two years, so combining my extended experience in the sport with my teaching background, coaching seemed like the next step. It has been a blast getting to know the school and the team, and I really look forward to working with them and seeing what they can do in the coming years. The part-time position and surprisingly gorgeous location with ample training venues is also ideal for being able to fit in my training. It was really hard to leave ZAP, but the fact that Terrance Shea agreed to coach me again was a huge source of stability. Terry coached me long-distance while I was in Vienna and helped me snag my last Olympic Trials qualifier. It has been comforting and rejuvenating to my approach to running, and I’m glad that I could show that a little at the race on Labor Day. 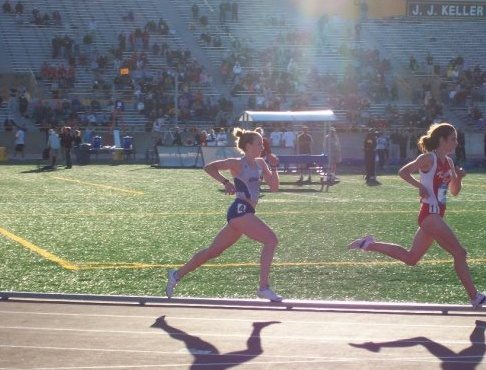 You’re training for the USA Marathon Championships in Twin Cities this October. Last year, you placed 7th on the Twin Cities course and ran your current PR there as well. Why did you choose to run Twin Cities again?
Honestly, I was scared when I took that leap into thin air after leaving ZAP. I wasn’t sure what my schedule would look like for this year, and I wanted to make sure that I took advantage of all of the awesome training that I did while at ZAP and got my qualifier in before I got stuck in a schedule that wouldn’t allow for proper training. Luckily, I’m not feeling quite as frantic about it anymore. Now I’m just really excited to have the opportunity to compete again at a national championship in my strongest event.

What are you pulling from your past experiences with the marathon and the familiar course for this race? Has your training for this marathon changed significantly in comparison to your other build-ups? If so, how?
Well, my training has been a little less intense than my last two build-ups (the Trials and Twin Cities in 2012) because I’m back to working with Terry, and his approach is a little more moderate in both volume and intensity. Given our previous record of success and all the wild success he’s had with Jeannette Faber, I’m really excited to see how this one turns out. I think it’s a huge help to know the course, and I’m excited to give it another try this year.

You placed 27th in the 2012 Olympic Trials marathon. What does the qualifying window being back open mean to you? Are you already thinking about the 2016 trials?
Absolutely. The number one reason why I wanted to sneak in an early marathon was to get a 2016 Trials qualifier. My primary goal is to run another sub-2:37 and Trials A standard now that the window is open. Possible faster times and top places would just be icing on the cake.

What are your racing plans past the upcoming marathon? Do you have a focus for 2014?
Well, Terry and I haven’t talked much about it yet, but I’m hoping to run maybe the US 12k Championships in November just for experience, Club XC for the New York Athletic Club in December, and then Houston Half. Also, coaching at Rider has been really fun and I’m starting to think that I’d like to help the girls out on the track a little and maybe get my own PRs down a few more seconds in the Mile and 5,000m. But right now I’m still focused on the marathon. We’ll see what happens after that.