Day 4: A Day of Spectacular Finishes 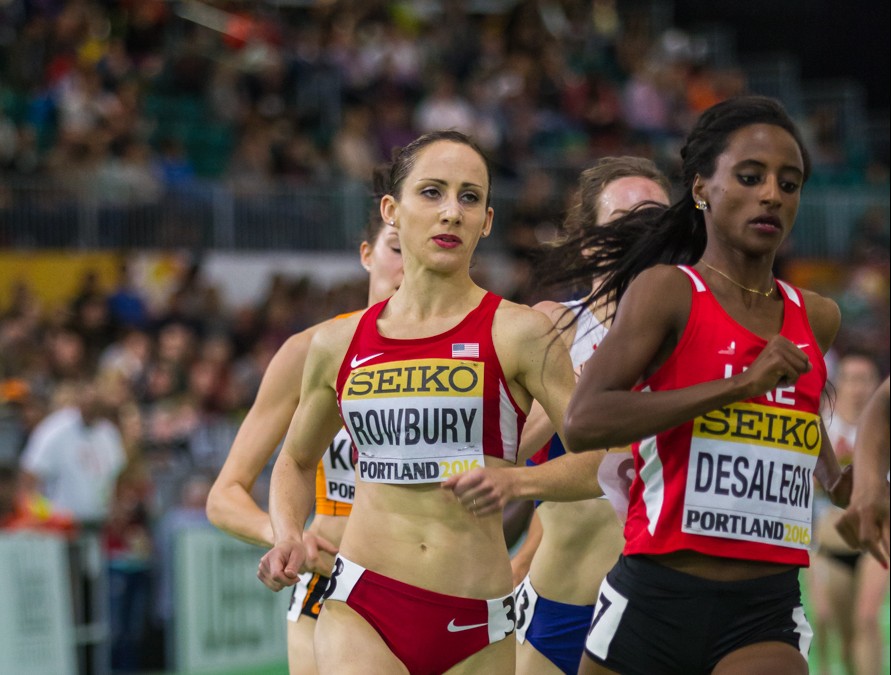 Looking at the medal count for the 2016 IAAF Indoor World Championships it is easy to see that the United States had a strong showing – in fact it was Team USA’s best ever performance at World Indoors. The team brought home 23 medals with 13 of those being gold. This is a new record for any country at a single World Indoors and the gold medals earned by the U.S. breaks the previous record of 10, achieved by the U.S. in 2012.

But the 4-day meet was more. It turned out to be everything track fans could hope for – a sell out crowd, close finishes, bright lights, spectacular entrances and loud cheering from very engaged spectators! Day 1, 2 and 3 were great – don’t get me wrong but Day 4 was something special. In the span of less than two hours fans were continuously brought to their feet and were not let down. 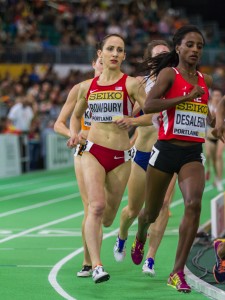 In the first running event of the day the men’s 3000 meters Ryan Hill got our blood pumping with huge finishing kick that propelled him to silver. It lowered just in time to cheer Ajee Wilson, former World junior champion, to her first senior-level medal (silver) in the women’s 800 meters. After catching our breath, it looked like we were in for an adrenaline break as the women’s 3000 meter got off to a very leisurely start (80 second first lap) but that was not the case. At the 1000 meter mark Gezebe Dibaba made a huge move and blew the race apart to win with Team USA athlete, Shannon Rowbury holding on to capture the bronze medal. But little did we know things were just warming up on the track.

As much as I love women’s track and field unarguably the best race of the day was the men’s 1500 meters and the noise volume in the Oregon Convention Center echoed this sentiment. With well over 2 laps it was like someone flicked a switch in the men’s 1500. The pace quickened rapidly (along with my heart rate). The men began sprinting at a pace that made me question if they even knew how many laps were left in the race. As a spectator you could feel excitement radiating off the person next to you but there was also an unspoken sense of concern that the athletes were not going to be able to hold this pace to the line. They proved us wrong. Coming off the last turn of the 200 meter track the sold out crowd of over 7,000 were all on their feet and U.S. athlete Matt Centrowitz went for the lead. With each step we screamed louder. And then he did it. He passed Willis and held off a fast-closing Jakub Holusa of the Czech Republic to get the gold – just 0.08 seconds in front of the second place finisher Holusa and less than one-tenth ahead of the bronze medal winner, Nick Willis. 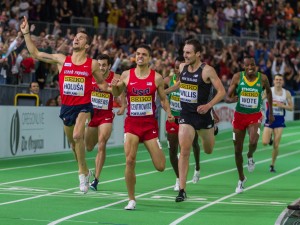 Watching the race unfold in the Press Tribune, an area that houses reporters from countries all over the world, was interesting. Although most were reporters and personnel from the US there were others cheering for athletes who were just shy of the 1500 meter victory. But regardless of which country people were from everyone shared the same general sentiment – the men’s 1500 final was a performance spectators will never forget.

As for Portland 2016, it was a success for athletes and spectators alike. Hopefully this will start building momentum for fans leading into the spring season, the 2016 Olympic Trials in Eugene, the Rio Games later this summer and even more important beyond this Olympic year.