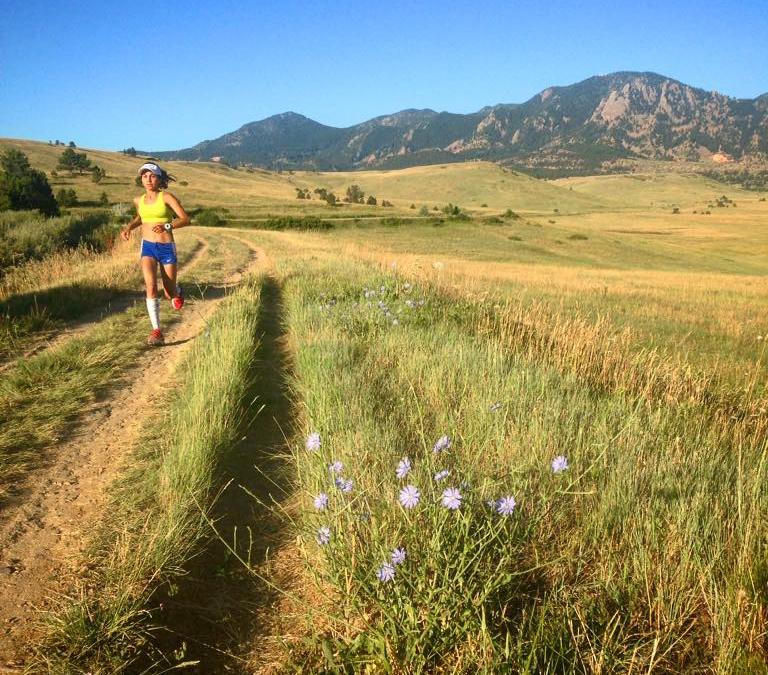 Ashley Brasovan was a breakout high school star, winning Footlocker Nationals as a Junior in High School. She was one of the most decorated distance runners her home state of Florida has ever seen. But after Senior Year the injuries started. She was committed to run at Duke. But stress fracture after stress fracture sidelined that career, she had four in five years. After school she stepped away from running for two years, vowing only to return if she found joy in it.

Her now coach, Matt Hensley, reached out when she moved to Colorado. And she decided to give it a go again. Six months later, running finally smiled on her again, as crossed the line at Jacksonville Half with an Olympic Trials Marathon qualifying time.

Now she’s running her second marathon, California International Marathon, a notoriously fast course, and she’s ready to have fun and chase some goals!

In one manner of speaking you’re a very young athlete, but in another you’ve lived a lifetime in the sport. From winning Footlocker Nationals as a junior in high school to battling years of injury to taking two years off from competition… do you feel like an old soul?
I guess I have never thought about being an “old soul” at 25. It’s actually pretty interesting since I stepped outside of the running world for a few years and returned to pretty much the same names and faces that were there when I left. The running community is definitely a small, close group that I love to be around. I do feel old in a sense but also feel like there is still so much more ahead of me to try out! Road racing, trail racing, ultras, back to the track- the possibilities are endless.

In your two years “off” were you really off? Did you run for fun, or completely give it a rest? How did you know when to listen to that voice telling you to return?
In my two years “off”, I still ran pretty much every week. It was really low key though with no workouts, maybe 20-30 miles per week, and no schedule at all. It was the first time in ten years that I actually just listened to my body and mind and had fun with it again. The deal I had with myself was that once running became fun and enjoyable again was when I could try competing. Until then, I really had no idea what the future really would look like in terms of competing.

What are some of the most important lessons those setbacks taught you?
Being injured is hard, and I definitely learned quite a bit about myself as a person. When running completely defines you (which it pretty much did in high school), you are forced to look for other things outside of running that drive internal happiness during injury. Now running is just a piece of me. Having multiple other things in my life that make me happy has made it easier to let a bad race or workout go and move on. Simply being a more well-rounded person has really helped me stay healthy and listen to my body better.

How did your journey build who you are as a runner today?
Overcoming adversity makes you a tougher person. This has really translated back into racing for me. I am not necessarily the completely fearless runner that I once was in high school but have definitely gained back some of that “racing toughness” that I lost during my four years of college. Distance runners are truly some of the toughest people I have ever met, and I owe much of where I am today to the running community and all of the people I have trained with over the years. I appreciate being around that “tough” culture during races and training and think it has made me a better person. 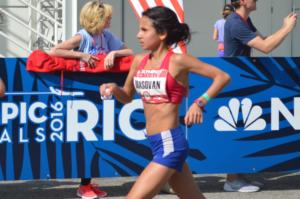 In an alternate universe where you didn’t have to battle your way back from injury time and time again, what do you think would be different?
If everything I had gone smoothly during college, I would not be where I was at today. I actually have thought about this before and think at this point I would more than likely be a little burned out and have moved on from running. My theory is that people get 2 out of 3 of these times to compete at a high level: high school, college, or post-collegiate. It’s really hard to have all three but not impossible.

Your first marathon was the Olympic Trials – that had to be a strange feeling! How did you prepare?
Since I qualified with only 6 weeks to go, I really just spent about 5 weeks to actually train and then a week to taper. I did 2-3 long runs that were over 2 hours and learned how to take fluids and gels while running a little faster. I also read plenty of articles about things people did and didn’t recommend during the race (because I am a little Type A).

And we all know the day in LA was a challenging one even for the most seasoned pro. How did you feel about your race?
Considering my whole 5-week build-up and the fact that I had never even thought about running a marathon before I qualified, I was pretty happy with a 55th place finish. The goal was really just to finish and have fun especially with the warmer conditions!

CIM will be your second marathon, how was the buildup different?
This build up was definitely different from the trials but actually pretty similar as well. I would say that I decided around June to run this one so had about a 5 month build up which gave me ore than 5 weeks for sure. I didn’t do anything too crazy with my injury background so stayed around 65-75 miles a week focusing on long runs and some key tempo workouts. Getting to the line mentally and physically fresh was really the goal for this race. The next marathon maybe I will get a little crazier!

What are your A, B and C goals for race day?
I would say sub-2:40 and top 5 would be my main goals. On a great day, I would love to run around 2:37 and be a little more competitive. There are so many different factors in the marathon, so just staying mentally tough and pushing through all 26.2 miles is a goal in itself.

Any plans to celebrate the journey to marathon #2?

I am actually going to London with my sister two weeks after the marathon so pretty excited to travel and get a little bit of a life break!

What’s next?
That’s always the big question. I want to try some trail racing maybe next summer but also would like to try to hit the 2020 qualifying time next fall after the window opens. I am really just excited to see how this race goes and develop a game plan after CIM.