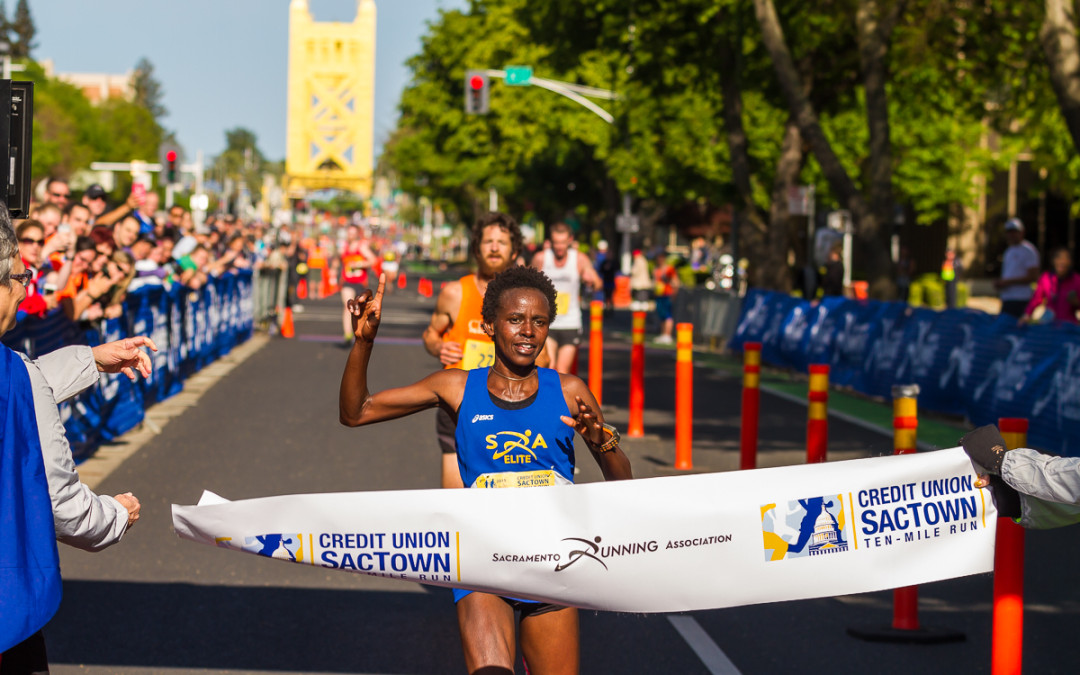 Brown, a 5-year-old brain cancer survivor, ran in the Miracle Mile to start the festivities on a gorgeous day at the state Capitol. House, a 13-year-old leukemia patient, sang the national anthem before the five-mile run.

The SACTOWN event, put on by the Sacramento Running Association and sponsored by local credit unions, raised more than $200,000 for Children’s Miracle Network Hospitals, which includes UC Davis Children’s Hospital.

The race, which emulates the Credit Union Cherry Blossom Ten Mile Run held in Washington, D.C. on the same day, has raised more than $600,000 in the last four years.

Chipangama, a 26-year-old Zambia native living in Flagstaff, Ariz., pulled away from Shadrack Biwott, the race’s defending champion, in the closing stretch down Capitol Mall from the Tower Bridge en route to a six-second victory in the men’s race.

“Shadrack has a good finish,” said Chipangama, who won in 48 minutes and 23 seconds. “I was trying to see how I would match up with him.
“He tried hard. I had more energy. I knew I had it.”

Chipangama, a nurse who hopes to become a U.S. citizen in time for the U.S. Olympic Marathon Trials next February in Los Angeles, said he enjoyed the crowds along the double loop course, which crossed into West Sacramento and around Raley Field before returning to the state Capitol.

“The support was great,” said Chipangama, who finished second in the California International Marathon here last December. “I loved it.”

“It was a good race,” Biwott said. “That guy (Chipangama) had a kick.
“I love Sacramento. This is the place where I started running well … Great crowds, beautiful weather. I can’t complain.”

“I can’t wait until the Trials,” he said.

Kibii, a 30-year-old Kenya native living in Auburn, pulled away from Kristen Zaitz around the six-mile mark in the women’s race and cruised home in an event record 54:16.

“About six miles, I’m like, ‘I’m going to push it,’” said Kibii, a member of the Sacramento Running Association’s Elite Team. “I started slow so I can pick it up.”

Kibii, who finished second to Olympian Kim Conley in the SACTOWN race last year, said she received a big confidence boost by finishing second in the 2014 CIM with a 2:32:24 effort.

Zaitz, 35, stayed right on Kibii’s shoulder through the halfway point but had no answer when Kibii made her move a mile later.

“I tried to stay with her, keep her in sight,” Zaitz said. “It was a really good race … My goal was to have a strong finish. I did that.

“The crowd was great.”

The event served as the 10-mile championship for USA Track & Field’s Pacific Association.

Brown and House reminded everyone of the cause behind the event.

Credit Unions for Kids is the brand under which America’s credit unions and affiliated organizations fundraise for Children’s Miracle Network Hospitals. To date, credit unions have raised more than $140 million since the introduction of the CU4Kids program back in 1996.

The Sacramento Running Association is a non-profit organization dedicated to finding ways to encourage people of all ages and abilities to run. The SRA is committed to developing new, quality running events that appeal to a broad variety of runners.

Other SRA events include the Gold Rush 50k on May 9, the California International Marathon on Dec. 6 and the Super Sunday Run on Feb. 7. 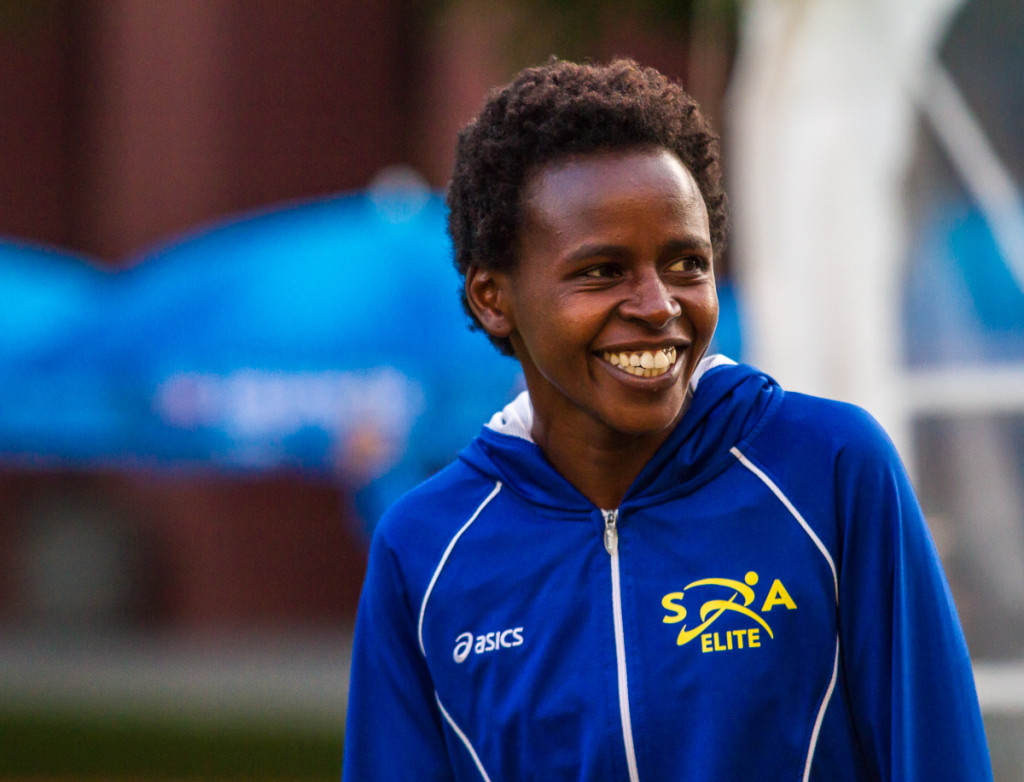