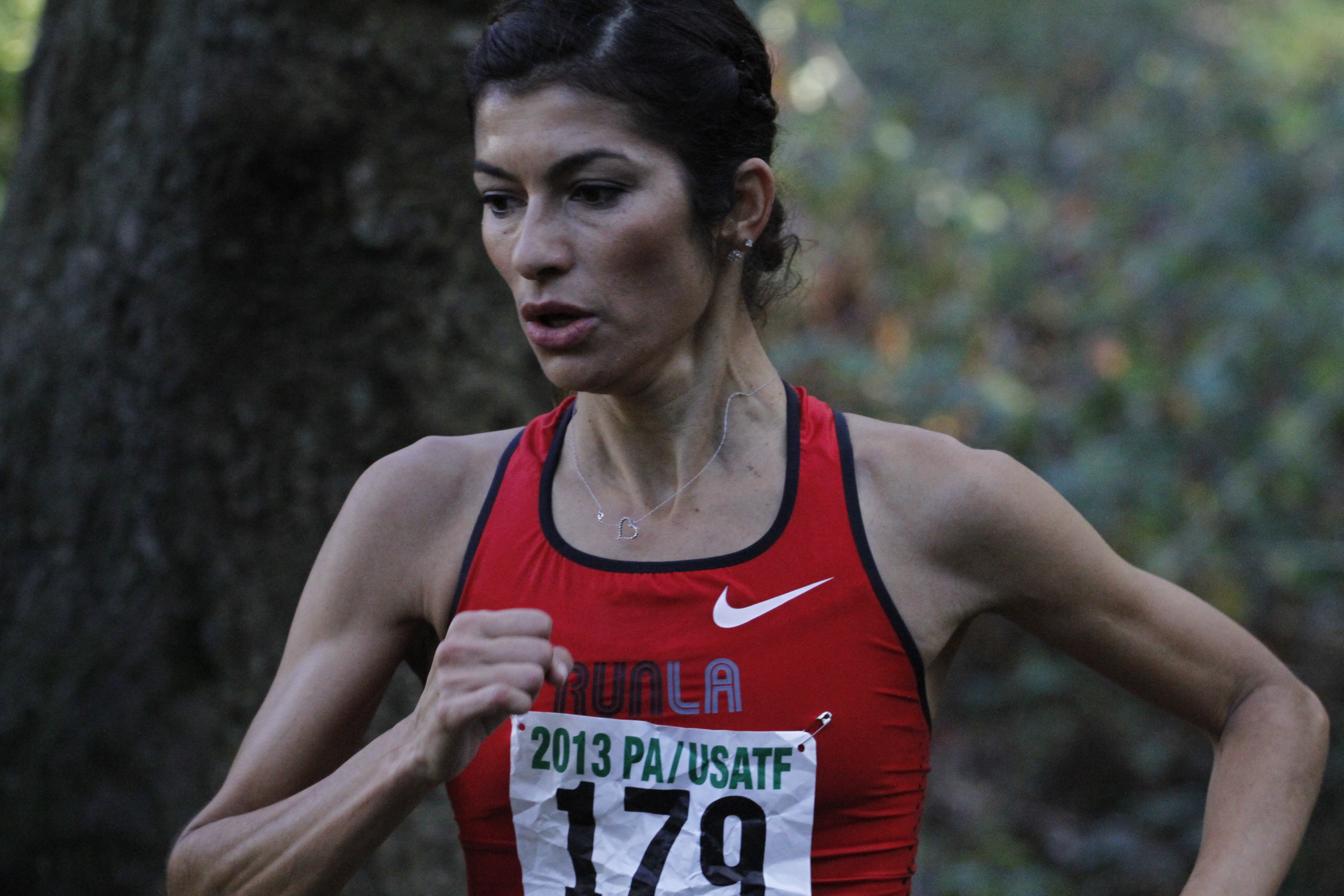 And that’s a wrap!

Challenge Ixtapa was a great way to finish up the season. Things went smoothly for weeks before the race; I felt ready to get out there and give it my all. I finally felt on top of my game and was excited to see what I could do. Challenge Ixtapa made the logistics easy for us, treating their pros the best I have been treated at any race. Ixtapa was beautiful. I had an awesome room overlooking the ocean with only a short walk from the swim start, transition, and the finish. All the athletes were in and around the hotels and the people of Ixtapa and Zihuatanejo were so kind. The cities were well prepared for the race and made us all feel welcome. We met Dave Orlowski, who raced the very first full Ironman distance event EVER in Kona and heard his story, which is so impressive. Our racing days are much easier than what they had (or didn’t have) back in 1978.

Here is a short re-cap of my race.

Uneventful swim, swimming with Carrie and coming out of water 1-2 with her. Beautiful ocean water and another swim I thoroughly enjoyed, feeling like I could just keep cruising at that pace.

Bike had some cloud coverage for the first 2 laps. I felt phenomenal and was hitting my goal wattage. Not sure my nutrition was spot on and I didn’t get quite enough fluids, so my third lap slowed just a bit, and my run was then affected some. Fun hilly and wide-open course with closed roads. Plenty of aid stations and support from the race. Spectators had fun with the athletes.

Run was HOT. Sun came out so the blaring sun on the black asphalt provided quite the challenge. I struggled through the first loop as I tried to get more fluids in and pack in the ice. I lost most of my time to the others on this first loop. Felt better on the 2nd and 3rd loops, but I maintained what felt like a trot. I didn’t lose much (if any) time at this point, but settled into 4th place. Happy to finish the day in an ice cold bath and with a delicious popsicle. Feet were absolutely beaten up, but knowing I was going into the off-season, I knew I was OK.

Loved the race organization and the friendly atmosphere that the athletes and spectators provided. No doubt, I want to come back to Ixtapa to race. The city is very welcoming to triathletes, as they are used to them coming in for events like this!

Challenge Ixtapa had a Juniors race that went off after we finished. About 40 kids of all ages participated in the event! It was fun to greet them with a medal at their awards ceremony after the race.

If you are interested in a longer story and more details about the race, read below!

It was a warm ocean-water swim. Buoys were hard to see as we made our way across, up and over the waves. I swam with Carrie Lester, which was my goal going in. I am sure most people did not swim a straight line, but I think we did a fairly good job, all things considered! There was a group of men who ended up close the shore when they were supposed to be swimming the other direction. Oops. Getting in and out of the water proved to be the trickiest part, timing the waves to be able to swim/surf to shore, but that was fun! The swim was not tiring, so I was ready to get going onto the bike.

Coming out of the water with Carrie

Transitioned fast to be just behind Carrie. Onto the bike, she took off at the first hill, but I tried to get my HR under control a little, knowing we had a lot of hills ahead. The clouds were a nice touch for most of the bike, but that did add a bit of humidity to the race… something that my body needed to continue getting used to for these races. At the first aid station, I wanted to rinse the salt off a bit, so I dumped what I thought was a bottle of water over me. Nope, it was Gatorade! That was going to be fun to clean up later. I continued on with the 1st loop of 3. I felt phenomenal but tried to ride within my target zone and not too hard because I knew I would pay for it later. I grabbed some water at the next aid station but only got a big gulp and then poured the rest over me before their “feed zone” ended. It’s all I needed at the moment. I maintained a steady pace, feeling good as I started down the big hill into transition. I relaxed my focus a little bit, hit a bump and my bottle launched off the front. I panicked for a second, but just stopped as quickly as I could, dropped my bike on the side and ran up the hill to grab my bottle. It had my nutrition and my bike computer mounted on it so it was definitely not something I could do without. Patrick Evoe was riding up at the time, saw what happened and yelled “it’s OK, you have plenty of time.” Very nice

Beautiful view overlooking Ixtapa from a spot on the bike course. This is on top of one of the hills.

encouraging words. OK, haste makes waste on these bumpy downhills. Onto the second loop, I was determined to make up some time and just pick up my pace. I still felt so good. I decided to grab some Gatorade to drink this time at that first aid station. I never drink Gatorade but I figured in this heat and humidity, I needed all the fluid my body could put down. I got some and drank it, but the cap was not fully on, so I ended up with another bottle of Gatorade on me. Welp, that didn’t work out so well! My bike would be really fun to clean up after this race! I just kept riding, maintaining my power and HR quite nicely, not feeling fatigued. I was still on a mission to ride the second loop faster, but I was more cautious on the downhills… until I hit another bump, and there went my nutrition bottle. This time I went a little further before stopping and getting off my bike. Thankfully no one was around me either time, so I could easily run up the hill to get my bottle. Back on the bike, trying to keep my groove. This was NOT going to happen again to me. I slowed way down on the down-hills, and rode the bumps more cautiously. I still felt good. There were no other mishaps the remainder of the bike, phew! My effort was more labored though on the third lap, as the sun came out and the pace of the first 2 started to affect me some. Off the bike, I rode in with Brooke. She paced the bike phenomenally, getting faster every lap of the bike, ending up riding the last lap quite fast. We transitioned together and started the run at the same time.

On the run. This was anything but cool!

The run was nothing less than HOT and HUMID. I knew my body was fatigued so I wanted to start the run out a bit slower and then pick up the pace. I let Brooke run ahead – I wanted to run my own race. I was in desperate need of water and ice. Gatorade at the first aid station, water bags at the second. I didn’t know whether I could drink this water in a bag. Thankfully as Christine ran past me (who was racing a very impressive race, 3 months post baby), she said we could and that she loved them! I bit the corner off the first one and sprayed the water all over me, missing my mouth. I was a little better on the second one though! The first loop I struggled a lot, walking some and trying to just get fluids in, Gatorade, water, whatever. Started feeling a bit better on the second lap, as I stuffed ice in my kit wherever I could and in my hat. I chugged along on the 2nd and 3rd loops, maintaining a slow but steady pace. The others weren’t running much faster than me at this point, but because of the gap they opened up on the first loop, I was just “stuck” in 4th place. We all basically settled into our positions, without any movement in the last 2/3rds of the run. I ran hard, and finished with what I could give that day. So happy to come across the finish line, Brian waiting for me. He was so supportive out there today, instructing me to take ice and stick to my nutrition plan (which definitely did not happen..). I finished off my first year racing pro, against a very solid group of women. I have a whole new respect for what it takes to compete at this level and I look forward to making more progress next year.

Brooke and I enjoying the ice bath post-race, then the awards dinner later that evening.

We enjoyed Ixtapa after the race for a few days, having some lazy beach days, a nice scuba day, some swimming with the dolphins (Thanks to Challenge Ixtapa for this!), and some great conversations with fellow athletes. Challenge Ixtapa has been by far, my most memorable experience at a race. The race organization, the other athletes, and the people of Ixtapa made it amazing. I look forward to coming back next year! I will be working diligently with Sheila at My Nutrition Zone to figure out my nutrition for hotter races better. I will also work to figure out how to avoid bottle launches. Lots of lessons learned and another good go at the half distance.