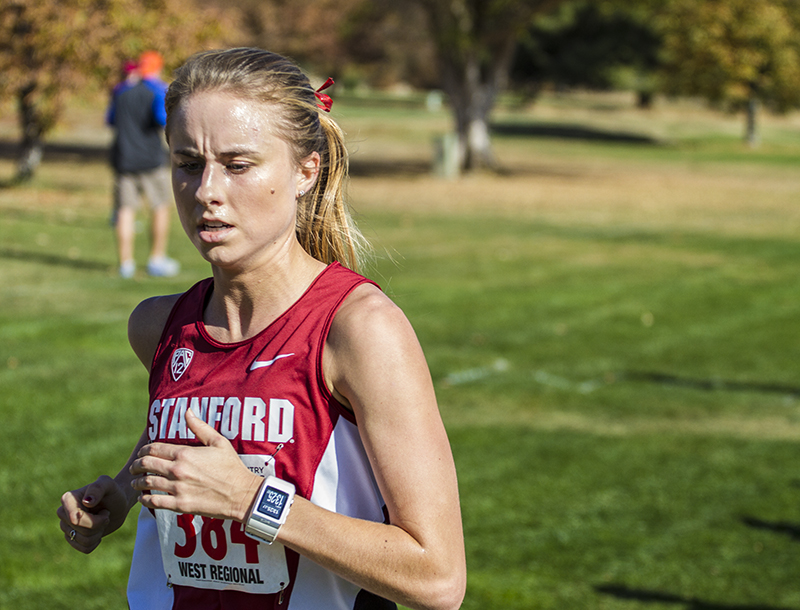 My thoughts go out to Caleb’s family and friends. Caleb was a little 7-year old boy who drowned in the lake on Friday evening before the race. What a hardship for them and the community. It was great that everyone in the race received blue ribbons in memory of Caleb, and that blue balloons were released for him before the swim start.

Before the Race:
I was excited to do another half distance. My coach has built me up to this distance over the last several months and I felt more confident going in having one half under my belt. I knew what power numbers I was trying to achieve on the bike so this would be my first time really using power during a race. I was looking forward to testing myself against a strong field.

Work was stressful the week leading up to the race and I didn’t get into Calgary until 10pm on Friday night. I missed the pro meeting on Friday evening, and Saturday was spent going over everything I usually try to do 2 days before. This was not the most ideal but it would have to work. My homestay, Michelle, was fantastic! She was the head of the T1 volunteer committee, so I was able to talk with her and pick her brain about the race. I drove part of the bike course on Saturday and biked/ran around the the run course. I was doing my typical pre-race run on Saturday and a few minutes into it, I felt a weird pull in my left calf. I slowed down and tried to loosen it up but I couldn’t get it to. I ended up walking, heading to the car and hoping I could just massage and stretch it out. No such luck. It was quite tender the rest of the evening, into the morning, and even when the race started! I did what I could, using ice, compression, massage, and light stretch (and voodoo floss — thanks Michelle!) to work out whatever was going on. I was really worried but decided that I would do the best I could during the race and DNF during the run if needed. Not what I wanted, but what I decided might need to happen.

Swim start. Thanks Ironman 70.3 Calgary for the photo.

The swim course was a bit complex around the small Auburn Lake. It went around the perimeter of the lake, then had an additional jog near the end. Swimming into the sun made it hard to see for the first half, then as we got to the buoys near the end, I was completely confused. I continued swimming where the kayakers told me, but there were people going in different directions. I was quite worried because I didn’t have a clue as to which direction I was supposed to go. When I finished, I was not fully sure what I just swam. I figured I would talk with an official after the race.  I continued to T1 running and limping towards my bike. I kept telling myself to just race what I could today and just stop if I needed. It was not worth getting injured.

The bike was beautiful. I started off a bit slower than my goal pace, trying to figure out if my calf would cooperate. I made sure to not plantarflex my ankle, so to avoid any potential aggravation of the muscle. I know I was riding a little under pace but I was more interested in being cautious. I absolutely enjoyed the beautiful mountains that we were riding towards. It was a crisp clear day and I had 56 miles on the bike to soak it in! I tried to keep better track of my nutrition — it was definitely harder to get fluids down since it was cooler and I didn’t feel like I needed it. But if I was actually able to run afterwards, I wanted to be properly fueled!

T2 was quick. The volunteers were ready and showed me where my position was (thanks for this!). And then I started off on the dreadful run. My calf was tight, but not like it was on Saturday. I tried to loosen my legs for the first few minutes then get into my groove. Well, I actually started feeling quite good. Legs felt maybe a little too fresh (oops!) and I just tried to keep a steady pace. I felt great for the first half then my body started to tighten up a bit. I worked hard to maintain the pace I was running but I was also prepared to stop if my calf started to hurt. By mile 11, I was quite low on energy. I was finally confident my calf would not give out on me and I would make it to the finish, but the rest of my body was close to saying “no more!” I usually have some sprint in me at the end, but this was not the case today! I was so happy to have just finished the race today, with so many doubts that I wouldn’t be able to!

After finishing, I immediately went to chat with the other women about the swim course. Most seemed to be in a similar boat as I was. I talked to the officials about the swim and let them sort everything out. It is unfortunate that the swim was such a mess because the rest of the race was fantastic!

Despite all of this, the race organizers and volunteers were phenomenal! My homestay was amazing, and my overall experience in Calgary was one that I will want to repeat. Another half in the books… Looking forward to taking the lessons I learned and moving to the next one.