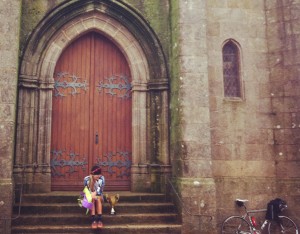 “Bonjour, je m’appelle Alison. Je suis un cycliste professionnel pour les Etats-Unis.”
Then it happened. The embrace. The inn keeper greeted me with two massive kisses as he rattled off his excitement for hosting me at his hotel for the Chrono des Nations, considered the largest one day time trial in the world. The French chatter continued as I nodded and smiled, and racked my brain for those four years of French I took in high school. There was something very tangible that lingered in the air amidst the fluid French language, the smell of a fresh baguette, and the comforting musty warmth of a 400 year old building. It was the embrace. I will never forget the embrace.
Maybe French is a nostalgic language, but there was something more to it within the walls of this modest hotel. It was the encompassing embrace.
In France, cycling is viewed with a sort of reverence that is usually reserved for religion, and as a cyclist, I was now a part of this sacred sport. Even though my host did not pedal a “velo”, he adored the sport and could quote how many times the Tour de France had started within 100k of his hotel and the winner of each stage. Racing in Europe is historic in itself, and as my tires hit the cobblestone for this famed time trial, I knew many riders had traveled this path before, but now I was a part of this history as well.
Throughout the week leading up to the event, I become well acquainted with the family, and they were constantly watching my every move. Did I put butter on my bread? Would I ride in the rain? How do I drink so much “café”?
Yet, each morning it was the same two questions.
“Avez-vous bien dormi?” (Did you sleep well)
And my ever favorite, “Allez-vous gagner le dimanche” (Are you going to win on Sunday?) 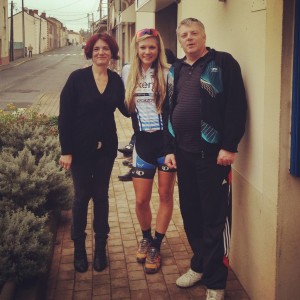 Of course I slept well, and of course I would win, or at least try my best. They embraced my goal, they embraced my sport, and they embraced each day. This trip to France was one big embrace of mixing history and culture with the finest time trial equipment you have ever seen. The race course passed immediately by the hotel, and as I flew past, I could see the family and all their friends screaming at the top of their lungs “Allez, Alison, Allez!”. Although I had to stifle a small smile and regain focus, it was yet another embrace that gave me that extra motivation to dig a little bit more. Even though I didn’t “gagner” like I was reminded of every morning, I did place second, and had to have a sense of pride knowing that I had surmounted the challenges of racing internationally and embraced the beauty of the culture and the sport in one of its purest forms, the time trial. I can still see them, placing my picture behind their bar at the restaurant, and telling their guests that I slept well at their hotel, and I will “gagner” next year, if they have anything to do with it. 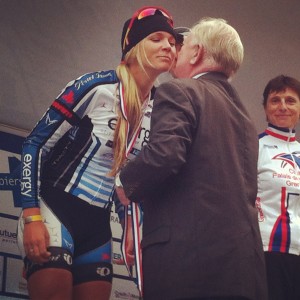 Racing in France reminds me of how much I love the history and beauty of cycling, the love for the sport is rooted deeply with the culture of Europe. Racing internationally presents enough pressure and obstacles, and receiving that welcoming support is irreplaceable.
I will never forget that embrace.
Embrace cycling. Embrace guests. Embrace life.
-Alison Tetrick 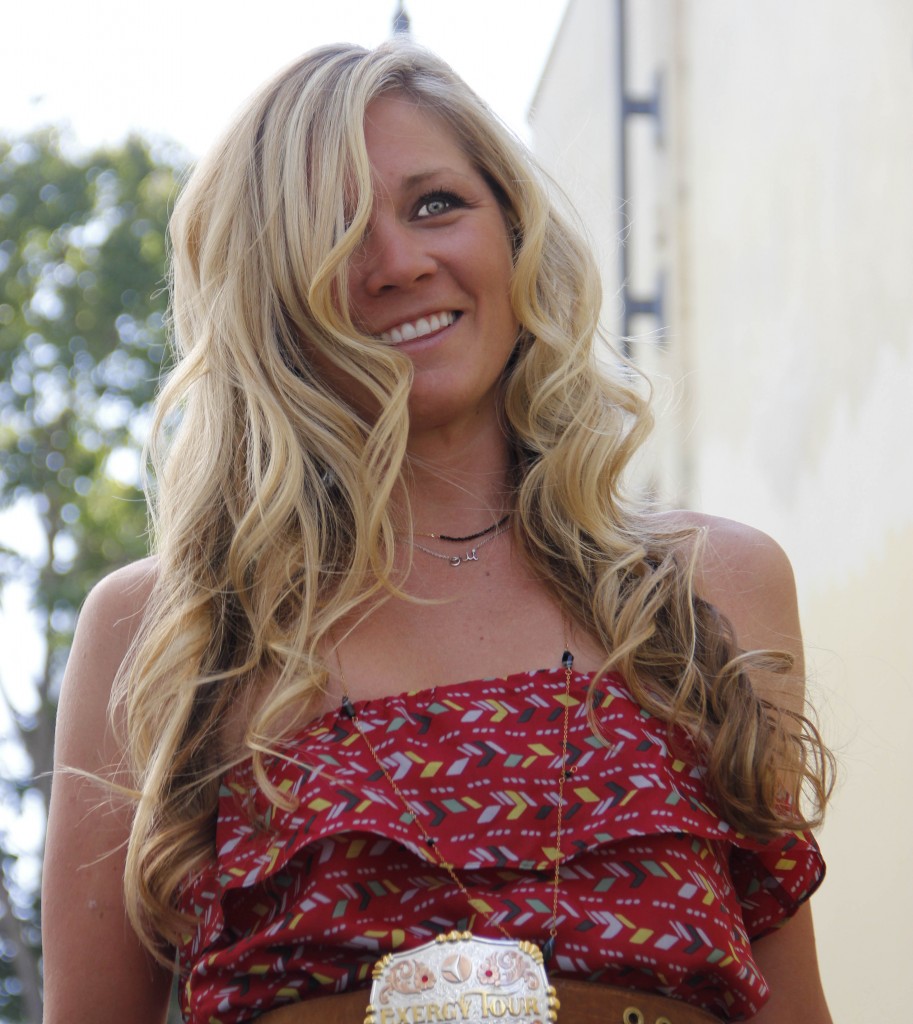