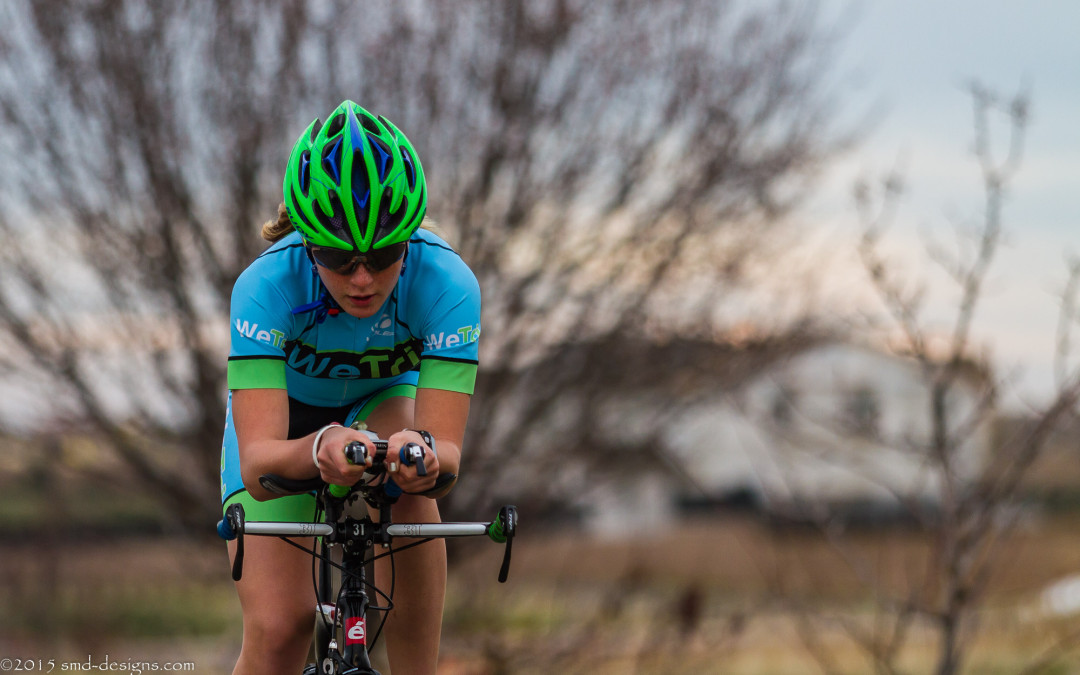 Junior triathlete, Sydney Lewis competed in 15 triathlons in 2015 and stood on the podium for her age group in all 15 races including 11 age group wins! At 15 years old she finished top 4 female overall at numerous races including HITS Palm Springs, Lake Tahoe Sprint Triathlon and the Pacific Grove Sprint Triathlon. After a strong season last year she has her eyes set on some big goals in 2016. Achieving top 10 in 15 and under age group at USA Triathlon’s National Championships in August, earning USAT All-American honors, receiving a top 5 ranking in the nation for her age group and earning a spot on Team USA are just a few goals she is eyeing. After a few more years of successful junior racing Lewis hopes to race as an NCAA triathlete in college and then continue her endurance sports career as a professional triathlete. We caught up with Lewis to hear more about her training and thoughts on the sport.

What female triathlete(s) do you look up to as a role model and why?

When I started triathlon it was Chrissie Wellington I was so inspired by her winning Kona after crashing right before the race but now it’s been Mirinda Carfrae because of her incredible determination, how hard she works and her amazing run ability(and of course her wins in Kona).

What does a typical weekday look like for you when school is in session?

I get up early and run in the dark before school usually around 3-4 miles sometimes with some speed in it.  Then I eat breakfast and it is off to school. Right after school I get some food in, do as much homework as possible then go to swim and/or bike or run for 2.5 hours) and then it’s back home for dinner and maybe more homework. I try to get to bed by 8:30pm because I need around 9 hours sleep.

Which leg of triathlon is your strength? Your weakness?

The bike is my strength and my favorite!! I’m usually ranked in the top of all women in the race in my bike split.  I worked really hard this last season on getting my swim and run much stronger.  By the last two races of the season my swim and run are fairly equal to each other.

Most triathletes do not start racing triathlons in high school (although I expect that will change with triathlon being an NCAA sport). How do you think getting an early start in the sport is going to help you when you race as a collegiate athlete and beyond?

I am confident that getting an early start is going to be a big advantage especially since I get the opportunity to race against Collegiate athletes each season already. I feel like I am going to be way ahead of my competition because each season I am a lot stronger and more skilled and experienced.

Most of the athletes of the We Tri Elite Team are males. What do you think needs to happen to get more girls active in the sport in high school?

There are a lot more boys than girls right now that do triathlon at high school age.  I think the NCAA triathlon addition will help a lot with this but not for a while.  They need to understand that they CAN do it – self belief!  High school girls have a lot of influences in their life. If they have been doing one sport for a long time they may not want to leave their friends.  Also high school girls tend to do what their mom’s do and there aren’t enough women doing triathlon or more than one sport.  If more parents compete in triathlons I think more kids will too. Also if their one sport coach suggests it they may be more interested in trying it. 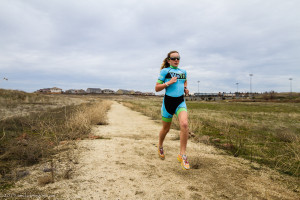 Favorite race: Pacific Grove!! I love the course; it’s beautiful and Tri California is an awesome company. Pacific Grove is a really well run race. It is inspiring to have age groupers, pros and collegiates all on the same course.

Favorite workout: Drafting training on the bike and 5 am swims.

What is the hardest part of having your mom as your coach? It’s hard sometimes respecting that she is the coach and not my mom. I have to remember to listen to her and talk to her like she’s my coach when I’m in training and remembering this is her job. But it actually works out really well having her as my coach even though it’s hard sometimes.