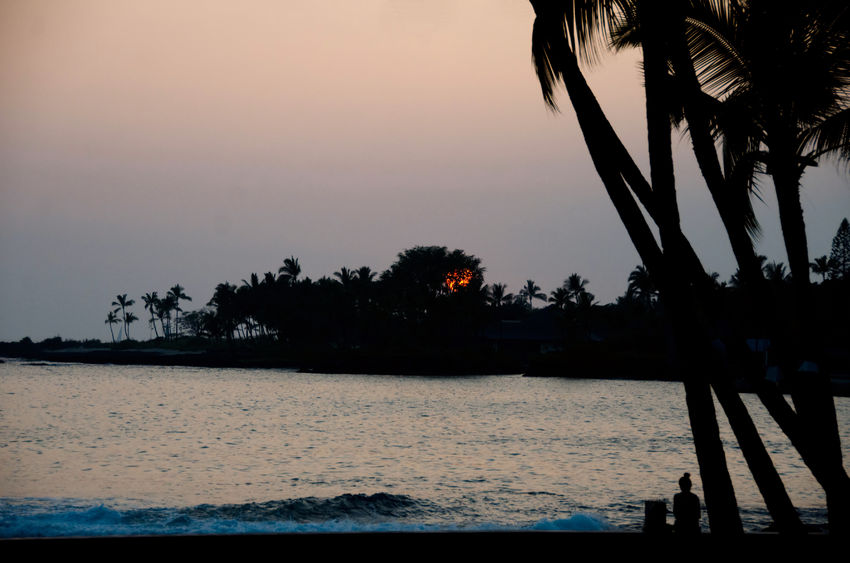 More Than 2,300 Athletes Will Descend Upon Kailua-Kona, Hawai`i for World’s Most Iconic Endurance Event

TAMPA, Fla. (Sept. 30, 2016) — More than 2,300 of the world’s top athletes will unite in Kailua-Kona, Hawai`i on October 8 for the most iconic one-day endurance event in the world – the 2016 IRONMAN® World Championship. IRONMAN, a Wanda Sports Holding company, has produced this world class event since 1978.

The largest international athlete field in this race’s history will toe the line for the 38th year of the annual IRONMAN World Championship triathlon, representing 64 countries and territories on six continents. Athletes ranging in age from 19 to 83 have earned their championship opportunity by having finished among the best at one of more than 40 qualifying IRONMAN events worldwide.

“The inspiration that is generated by not only our amazing professional athletes but also our age-groupers, shows why the IRONMAN World Championship continues to be the pinnacle event of the endurance world,” said Andrew Messick, Chief Executive Officer of IRONMAN. “Over 2,300 of the world’s best athletes have traveled to this prestigious island to showcase their unwavering strength, passion and commitment while proving that truly ‘ANYTHING IS POSSIBLE.’”

The United States leads the way with 804 competitors, accounting for just over 33 percent of registrants this year. Athletes from all 50 U.S. states are represented, with the greatest number coming from California (153) followed by Colorado (51), Hawaii (49), New York (46), and Florida and Texas with 45 athletes each.

Australia leads the international contingent with the second-most athletes competing (230), followed by Germany (195), Canada (137), Great Britain (124) and France (119). Other athletes from countries as far as Turkey, Slovenia, Iceland and Denmark are traveling around the globe for their shot at the title.

The competitive fields should provide for an exciting race with IRONMAN World Champions Jan Frodeno of Germany and Daniela Ryf of Switzerland returning to defend their titles. The men’s competition is packed with a strong veteran group that includes former IRONMAN 70.3® and IRONMAN World Champions. Sebastian Kienle (DEU), coming off a narrow second-place finish at the 2016 IRONMAN 70.3 World Championship, will provide Frodeno with a strong challenge alongside Brent McMahon (CAN), Tim O’Donnell (USA) Andy Potts (AUS) and Timothy Van Berkel (AUS). On the women’s side, Mirinda “Rinny” Carfrae (AUS) is back for redemption following last year’s injury-plagued race which forced her to withdraw. Meanwhile, both Ryf and Carfrae will be challenged by last year’s top American finisher Heather Jackson, as well as Mel Hauschildt (AUS), Julia Gajer (DEU) and relative newcomer Kaisa Lehtonen (FIN) all of whom have IRONMAN titles to their names.

Racing alongside the talented pro field is an inspiring group of age-group athletes that includes IRONMAN Legacy Program athlete and basketball trainer to NBA stars, Joe Abunassar, proving that his clients aren’t the only ones to push physical limits;  the courageous father and son team of Jeff and Johnny Agar; Iran’s first female IRONMAN triathlete Shirin Gerami racing to transcend cultural divides and inspire women around the world; the first female African-American fighter pilot to see combat in a major war, U.S. Air Force Reserve Major Christina Hopper; the globally inspiring 28-year old Australian brush fire survivor, Turia Pitt, who is proving doctors wrong after suffering burns to 65 percent of her body; and Japan’s Hiromu Inada who, at 83 years old, could become the oldest competitor to ever cross the IRONMAN World Championship finish line.

The 2016 field of athletes will tackle a 2.4-mile mass swim start in Kailua Bay, followed by a 112-mile bike along the Queen Ka’ahumanu Highway from Kailua-Kona to the turnaround in Hawi, exposing intense trade winds that buffet much of the western and northern coast of the Big Island. Athletes then take on a 26.2-mile run beginning on Ali’i Drive, where spectators pack the roads, up Palani Road to the Queen Ka’ahumanu Highway before making their way to the Natural Energy Laboratory Hawaii Authority (NELHA). Athletes will complete their journey to the roar of tens of thousands of spectators as they cross the historic Ali’i Drive finish line.

Additional historical facts and stats on the field competing in this year’s IRONMAN World Championship in Kailua-Kona, Hawai`i:

·         This will be the largest athlete field ever at the IRONMAN World Championship, with over 2,300 competitors

·         30 percent of participants (718 athletes) are female, which is up 2 percentage points from 2015 and also marks the largest female field in history at the IRONMAN World Championship.

·         Belarus is sending an athlete to the IRONMAN World Championship for the very first time.

·         Eight athletes will be celebrating their birthday on race day

·         Approximately 91,000 athletes register to compete in IRONMAN races each year, representing over 90 countries and territories

·         Approximately 260,000 registered athletes representing over 155 countries and territories competed in IRONMAN and IRONMAN 70.3 races this year

·         826 competitors representing 390 different TriClubs from around the world are racing at this year’s IRONMAN World Championship and total over 34.8 percent of the field

·         More than 5,000 volunteers will help make the IRONMAN World Championship a success

The 2016 IRONMAN World Championship can be viewed live on www.ironman.com. Comprehensive coverage will capture every aspect of the race and feature a hosted show, athlete tracker and live blog.